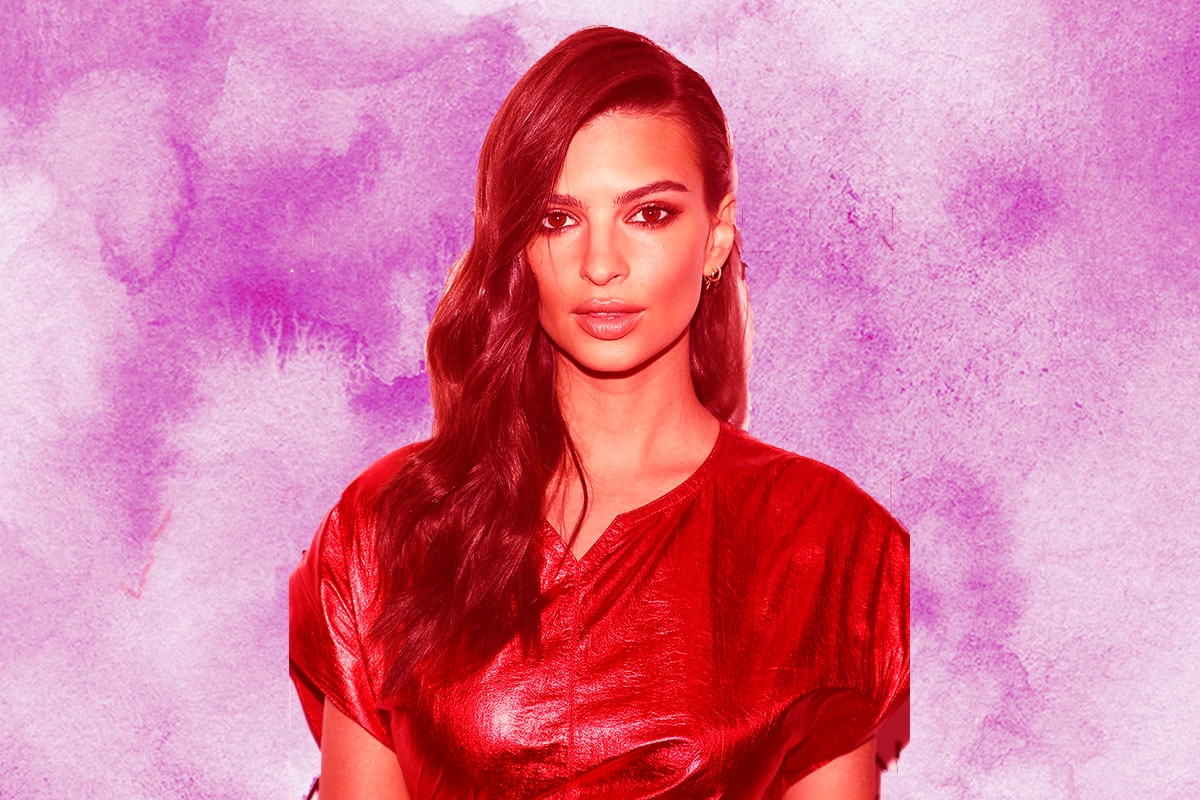 We’re so excited for Emily Ratajkowski! Appearing on the cover of Vogue yesterday, the Jewish model, actress, and writer announced that she was expecting her first child — mazel! — in style, with a cover story and a video for the magazine.

"Instead of feeling afraid, I feel a new sense of peace. I’m already learning from this person inside my body. I’m full of wonder." Read all of @Emrata's own words on the magic and mystery of pregnancy for our digital cover: https://t.co/ODpH2uKXNc https://t.co/8QV83oYHUd

Ratajkowski, 29, has been modeling for years, though she first garnered international fame for her appearance in Robin Thicke’s “Blurred Lines” music video. Ratajkowski was born in London to American parents — her father is a Roman Catholic painter and art teacher; her Jewish mother is reportedly a teacher at the San Diego Jewish Academy, an independent Jewish day school.

Ratajkowski has said that she’s looked up to her “feminist and intellectual” mother her entire life; she’s helped her understand “that you can celebrate yourself without putting yourself down or needing to apologize for the way you look,” as she told Esquire.

In her Vogue story, the model — who is often called by her Instagram handle @emrata — writes about her reluctance to discover the sex of her baby, as she is hesitant to bring her child into the world with prescribed gender norms. In an accompanying self-narrated 2:48 minute video, “Who Will You Be?”  — directed by longtime pal and fellow Jewish millennial Lena Dunham —  Ratajkowski describes the wonder, fear, and physical changes of early pregnancy.

As it happens, Dunham — who’s been working with Ratajkowski on her forthcoming book of essays, My Body — is  longtime pals with Ratajkowski’s husband, actor and producer Sebastian Bear-McClard. Bear-McClard is a partner in the Safdie Brothers’ film company, Elara pictures, with whom he co-produced the film Uncut Gems.

(In yet another accompanying piece to the Ratajkowski story, Dunham notes that making the video was a meaningful experience for her, too. Dunham herself has been open about her own infertility, as well as “how the culture of baby announcements and Instagram can make women feel excluded or less than, but actually early pregnancy is a very confusing and complex time.”)

In her Vogue story, Ratajkowski muses about everything that shapes who a child will become. She also recalls stage moms she encountered in her young modeling days;  beautiful mothers who loved watching “their own mini-mes,” as she calls them.

She also acknowledges the inherent loneliness and unpredictability of pregnancy: “Despite having a loving partner and many female friends ready to share the gritty details of their pregnancies, I am ultimately alone with my body in this experience,” she writes. “There is no one to feel it with me.”

Good luck on your journey, Emrata, and mazel tov to the happy couple!