The Amazing Jewish Lyricist Behind Your Favorite Disney Songs 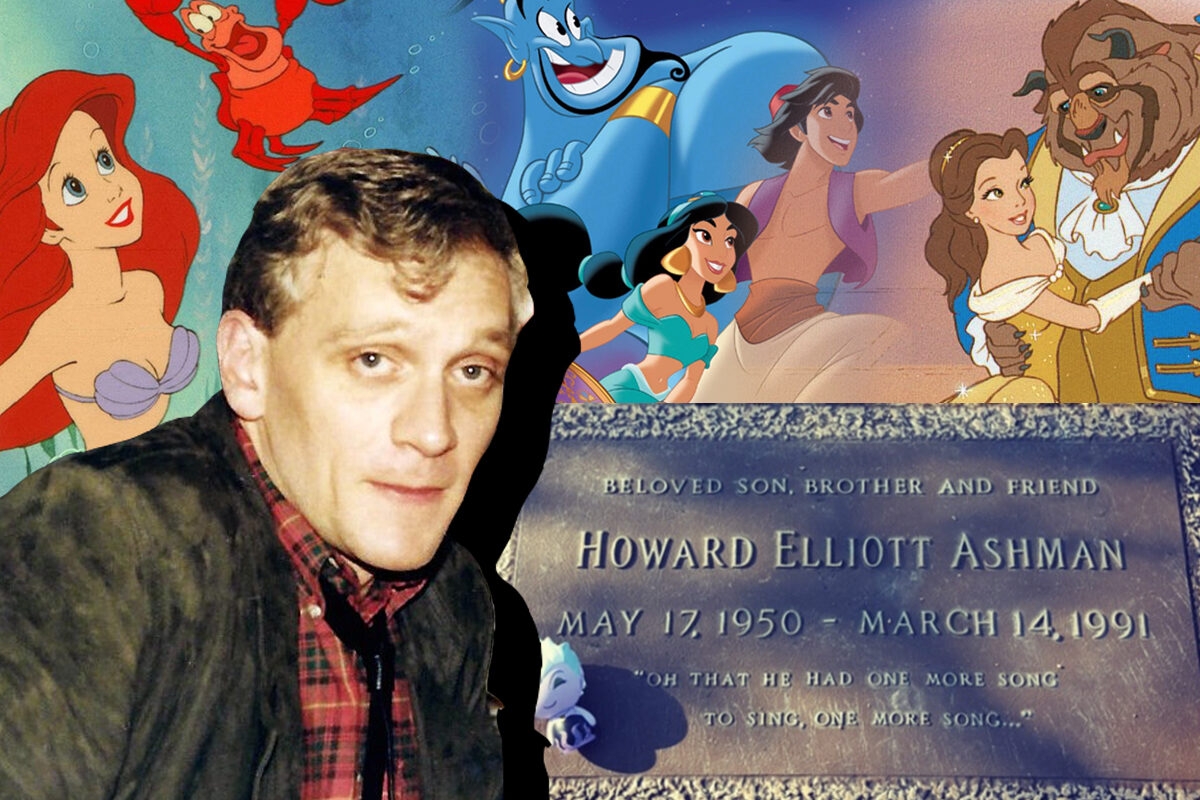 There are songs that, once heard, will live in you forever. I didn’t like The Little Mermaid growing up — the idea of losing my voice always gave me nightmares — but “Part of Your World” is a song that I adored, and still adore. Its earnest longings, the funny lyrics: “You want thingamabobs? I’ve got plenty,” is just so enjoyable to belt at friends when they ask you for something.

But that song would not have been part of our world (do excuse the pun!) if it weren’t for one talented Jewish man: Howard Ashman. Ashman wrote the lyrics for the song and fought Disney head Jeffrey Katzenberg, who wanted to cut the song because it was slow. Yet Ashman rightfully insisted that the song would be a pivotal part of the movie.

Ashman was the lyricist behind some of Disney’s most successful earworms — his work is featured in The Little Mermaid, The Beauty and the Beast, and Aladdin. Ashman is also the subject of a new Disney+ documentary, Howard. It is a moving portrait of a talented man who died too young for AIDS-related complications  — and yet, through the words he wrote, he achieved immortality in our minds and hearts.

The film chronologically tells the tale of Ashman’s life, from his Jewish childhood in 1950s and 1960s Baltimore, where he loved to put on shows and write poems, to his untimely death at age 40 as he was working on the score for Aladdin in 1991.

The documentary takes us through his career, from his childhood love for the theater to his days at college — he was first generation of his family to attend it — and then to New York. There, he met the man who was to become his frequent collaborator until his death: Jewish firebrand composer Alan Menken, whom Ashman selected to write the music for a 1979 musical adaptation of Kurt Vonnegut’s novel God Bless You, Mr. Rosewater. (It features the pair’s first-ever collaboration, the great song, and snack, “Cheese Nips.”)

It was with Menken that Ashman had his first big hit as a playwright and lyricist: Little Shop of Horrors. His off-off-Broadway musical adaptation of the 1960 horror-comedy, whose musical style he envisioned as “the dark side of Grease,” became an overnight sensation in 1982. Ashman was also involved in 1986 cult classic based on the musical, starring Jewish comedian Rick Moranis, whose success he attributes to not taking itself too seriously.

It was also in New York, in the middle of a Passover seder, that he got a call that would change his life and legacy — not from the prophet Elijah but close enough: from legendary Disney CEO Jeffrey Katzenberg, inviting him to come work at Disney.

Ashman brought his perfectionism, his clear vision, and his passion to the studio. While he didn’t play any instruments, Ashman was a great singer — and he had a precise vision for the lyrics, the melody, and the purpose of each song. The magical songs he wrote for 1989’s The Little Mermaid helped make the movie a commercial and critical success — winning Academy Awards and Grammys for its music, and reviving the animation studio, which was on the brink of bankruptcy after almost two decades of commercial flops.

And it was through “Part of Your World” that Ashman gave the studio a winning formula that it incorporated into so many of its animated movies, long after his death: “In almost every musical ever written there’s a place,” he said in a rare interview. “It’s usually about the third song of the evening where the leading lady sits down on something and sings about what she wants in life. And the audience falls in love with her, and roots for her to get it for the rest of the night!” You can find this song in almost every Disney movie, from Mulan (“Reflection”) to Moana (“How Far I’ll Go”).

However, during the release of The Little Mermaid, Ashman also found out that he was likely HIV positive, though he wasn’t initially tested for HIV out of fear of losing his insurance. Just four days after the release of 1991’s The Beauty and the Beast, he died of AIDS-related complications. (Aladdin, which came out in 1992, included some of his work as well.)

The documentary also openly explores the filmmaker’s love life — namely, his longing for a stable partnership, which he found with architect Bill Lauch. It was Lauch who accepted the Academy Award for best song, for Ashman’s and Menken’s “Beauty and the Beast” (a song that always makes me tear up, thanks to its simple and evocative lyrics).

The speech Lauch gave was a beautiful tribute to Ashman — and it also contained an important political message.

“Howard and I shared a home and a life and I’m very happy, and very proud, to accept this for him, but it is bittersweet: This is the first Academy Award given to someone we’ve lost to AIDS,” he told the crowd. “In working on The Beauty and the Beast, Howard faced incredible personal challenges but always gave his best, and what made that possible was an atmosphere of understanding, love, and support. That’s something everyone facing AIDS not only needs but deserves.”

Earlier this horrible year, we lost activist Larry Kramer, who like, Howard, was a playwright. While Kramer openly wrote about the AIDS crisis in his incredible plays like The Normal Heart and The Destiny of Me, Ashman also found ways to quietly weave the AIDS crisis into his work. The mob scene in The Beauty and the Beast are inspired by the uncaring and cruel reactions to the AIDS crisis and the stigmatization of gay people:

“We don’t like what we don’t understand in fact it scares us/ And this monster is mysterious at least,” the mob sings on their way to kill the beast. “Save their children and their wives.” Listening to so many of Ashman’s songs, you can hear poignant, political messages. Through his pain and strife, and that of the LGBT community, he found ways to channel incredibly powerful music.

But perhaps the most heart-wrenching part of Howard is how many songs Ashman still had in him, and how he was taken from us too soon. While our present-day plague of Covid-19 is very different from the AIDS epidemic — and the bigotry and indifference that led to the devastation of the latter are unique — these past few months we’ve also seen so many talents take from us too young. Among them is another iconic Jewish music man, Adam Schlesinger.

On Ashman’s grave, at the Oheb Shalom Cemetery in Baltimore, the following words are inscribed: “Oh but that he had one more song to sing, one more song…” That cavernous loss is felt when you watch the movie — the loss of all the talents we’ve lost to AIDS, and to other plagues since.

Beyond proud of this https://t.co/5wG1KfKqVZ

Watching Howard and listening to the music he made, we are reminded that his memory is in all of us, and in our children and perhaps even in their future children. It continues to be a blessing.