This Disney Holiday Special Is a Win for Jewish Representation 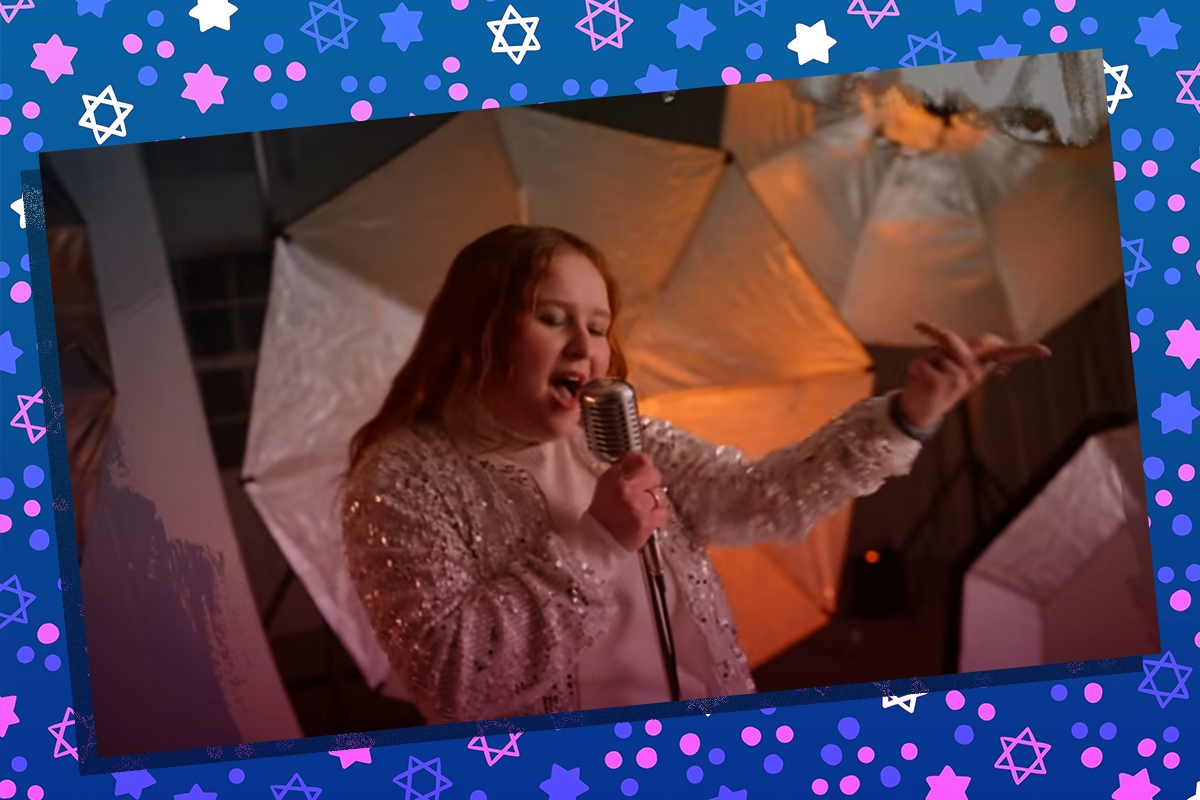 If you haven’t already been watching High School Musical: The Musical: The Series on Disney+, you’ve been missing out — — especially if you have drama-loving children.

Despite the mouthful of a title and the convoluted-sounding plot (it takes place at the high school where the fictional High School Musical movies were supposedly filmed, and the school’s current drama club is putting on a production of HSM), the first season was delightful — a celebration of musical theater and diversity, with relationships that we all rooted for.

But even if you haven’t seen the other episodes yet, the new holiday special, High School Musical: The Musical: The Holiday Special, which premiered on the first day of Hanukkah, stands on its own. We’ve been so impressed with the talent of the young cast members (and, frankly, a little jealous) and here we get a chance to know them a little better as they talk about their own, personal holiday memories and perform songs of their choice. Every actor gets a moment in the spotlight, including the two Jewish cast members, Julia Lester and Larry Saperstein.

In Lester’s segment, she talks about growing up with two very theatrical and Jewish parents. She shares some cute home footage from 2001 (which would make Lester about 1 year old) of her family discussing Hanukkah. (Her parents tried to get her and her older sister excited about candles, but predictably, they were more excited about presents.) She also remembers making gingerbread houses out of graham crackers and frosting instead of actual gingerbread “because again, Jews.”

When it comes to introducing her song, Lester explains, “I could definitely sing you 100 different Christmas songs off the top of my head, but where’s the Mariah Carey version of a Hanukkah song?” This, of course, speaks to the fact that Christmas songs are so ingrained in our culture that even Jews grow up knowing the words to most of them.

As we know, there really aren’t any Hanukkah pop songs —  the closest thing is Daveed Diggs’ instantly iconic “Puppy for Hanukkah,” which was only released this year. (Adam Sandler’s classic “The Hanukkah Song” may be widely known, but it never crossed over into the pop genre.) But, here, Lester gives us the gift of a Hanukkah medley (a medley, as she explains, is the theater dork way) with music video flair. She sports a sparkly jacket and sings “I Have a Little Dreidel,” “Hanukkah, Oh Hanukkah,” and “Hanukkah (Festival of Lights)” into the microphone, as if they’re the latest chart-toppers, and the arrangement makes it sound like it should be blasting at a club. The soundtrack of the special is out now and this medley is going to be in heavy rotation on our Hanukkah playlists from here on out.

This is already more Jewish content than we can usually hope for in a holiday special, but then Saperstein shares a photo of himself in a menorah costume at age 5. He explains how he used to be embarrassed that he celebrated Hanukkah instead of Christmas — he even asked for a present from Santa because he didn’t understand why he didn’t get one since he was such a good kid. But now, he says, he is proud to be Jewish and celebrate a less common holiday.

Unfortunately, Saperstein doesn’t sing a Hanukkah song. (To be fair, Lester sang pretty much all the Hanukkah songs from the American canon already, which just proves that we need more options.) Instead, he sings “White Christmas” — because it was written by Irving Berlin, “a nice Jewish boy like me,” he says. It also gives him a chance to showcase his tap-dancing abilities.

Regardless of the song selection, it’s amazing to hear Lester and Saperstein speak so openly about their Judaism —  both the difficult parts of feeling different and their pride in their traditions. It’s the type of representation that shows Jewish kids (and even adults!) that they’re not alone. What’s more, it’s so casual and natural, it made us realize how rare it is to actually hear Jewish actors speak about their religion unless they’re being interviewed for a publication like the one you’re reading now.

At the end of the special is a premiere of the first song from season two of the series: It’s a big ensemble dance number in which the students of East High drama club launch their new Instagram page by singing and dancing through the halls. In it, the characters wear Christmas sweaters, but Saperstein’s character, Big Red, is seen in a sweater with a menorah that says “Get Lit,” and Lester’s character, Ashlyn, wears a non-denominational snowman sweater.

Another nice touch is that in the end credits, everyone has symbols by their names —  such as ornaments, sleds, and candy canes — but Lester gets a dreidel and Saperstein gets a menorah. The folks at Disney could have easily selected additional secular yet Christmas-y symbols, but the fact that the creators went the extra mile to honor the religion of the two Jewish cast members was lovely to see. Any Jewish person who has ever had to sing Christmas songs at a public school, or wear a Santa hat as part of a choir concert, knows that sometimes you’re expected to “stick to the status quo,” to borrow from the original High School Musical. So bravo to Disney+ for using its large platform to show that not everybody celebrates Christmas, and that’s OK.