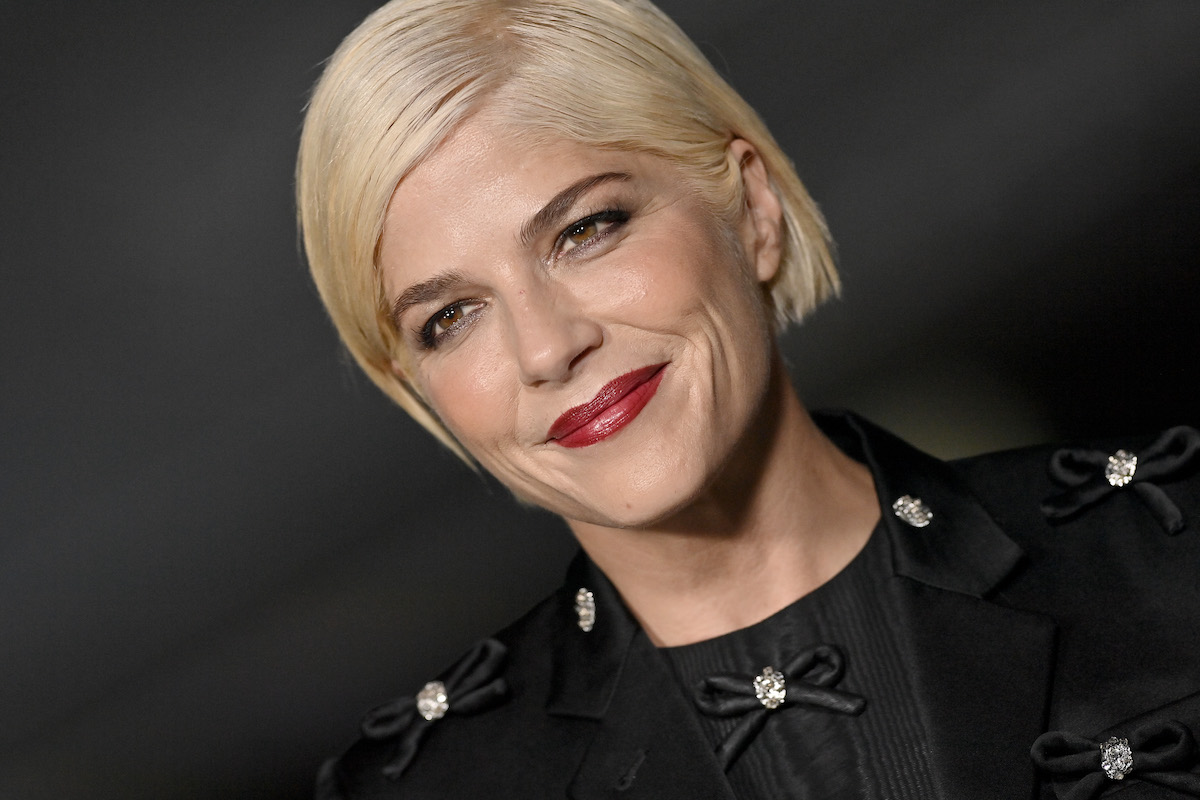 Our favorite Jewish “Dancing With the Stars” duo — Selma Blair and Sasha Farber — ended their run on the hit reality franchise this week.

After bringing us to tears every week since the show’s September premiere, Blair made the sad but incredibly necessary decision to leave the show. The actress and “Mean Baby” author discovered that the physical intensity of the show was taking too heavy a toll on her health — Blair has multiple sclerosis, which impacts her mobility and means she deals with chronic pain.

“I had these MRIs and the results came back and it all ends up with, I can’t go on,” Blair told Farber on Monday night’s show. “My body is definitely taking a hit; it’s way too much trauma to my bones,” she explained.

“I just have to settle back to being a mom,” Blair, who joked that before DWTS, her last dancing stint was on the bar and bat mitzvah circuit (Blair went to a Jewish day school), told Farber. “But I really want to have a last beautiful dance with you,” she added.

Farber, who says he got his dancing start at his own bar mitzvah, was loving and understanding, telling Blair that his main worry is her health.

The dances on this episode were supposed to represent the most important year in the life of the celebrity dancers and for Blair, that was 2018, when she was finally diagnosed with MS.

She said that getting the diagnosis helped her understand why she didn’t have the energy for the physical demands of parenting  — Blair is a mom to 11-year-old Arthur Saint Bleick. It “changed my life and my son’s life.”

Blair was emotional when she made the announcement of her departure, but was grateful for “the power of realizing when it’s time to walk away.”

The actress was in tears as she took the stage for one last dance — and she wasn’t the only one. There was not a dry eye in the room — and that’s no hyperbole (the same can be said about every living room watching!).

Farber and Blair gave us one last dance to “What the World Needs Now is Love” by Jackie DeShannon. It was a gentle waltz, and Blair went out with style and grace in a resplendent sequin dress.

The duo got a perfect score for their dance from all four judges.

“You’ve been a beacon of light this entire competition, your reputation on this show is impeccable,” judge Derek Hough told Blair, saying that every staff member of the show only had the best things to say about her.

“You have all my love respect and admiration. You really have inspired millions of people,” said judge Bruno Tonioli. “Your star has never shone brighter.”

“You have brought so much awareness for people who deal with chronic illness and chronic pain,” judge Carrie Ann Inabe added, saying, “You are a blessing and a gift.” She also told Farber that this was his best season yet.

Monday night’s dance was Blair’s fifth dance of the season. During her time on the show, she brought the best kind of flair and drama to the stage. She opened the show with a waltz, did a jive that incorporated a cartwheel, and shook us all with a rumba performance that Debra Messing wrote brought her “chills and tears.” But perhaps her best performance was a quick step to the theme of “The Muppet Show,” which may be my favorite DWTS performance of all time.

“I came into the competition late, and I have been almost all in bed rest for almost 10 years,” Blair told co-host Alfonso Ribeiro. She said she was following her childhood “recital dreams,” and while she’s sad to leave, as a mother and human, she “wants to represent some people who are taking chances. And sometimes there are consequences to any chance you want to take,” adding that she didn’t want the physical price she pays for being on the show to be serious and irreversible.

It’s such an important example for people with chronic illness, disabilities and troubled health — showing us that there is honor and pride in listening to our bodies and our limits, and that quitting can be the absolute right thing to do.

For Farber, the experience of being on the show with Blair also helped him through a difficult year in which he lost a close family member. He told viewers that Blair “inspired me again, she’s inspired so many people, she’s a wonderful parent, an iconic actress… I owe her everything.”

It’s sad to see these two go, but they have been oh-so-wonderful to watch. Farber and Blair — you are the best “Dancing With the Stars” duo of all time and we will miss you!