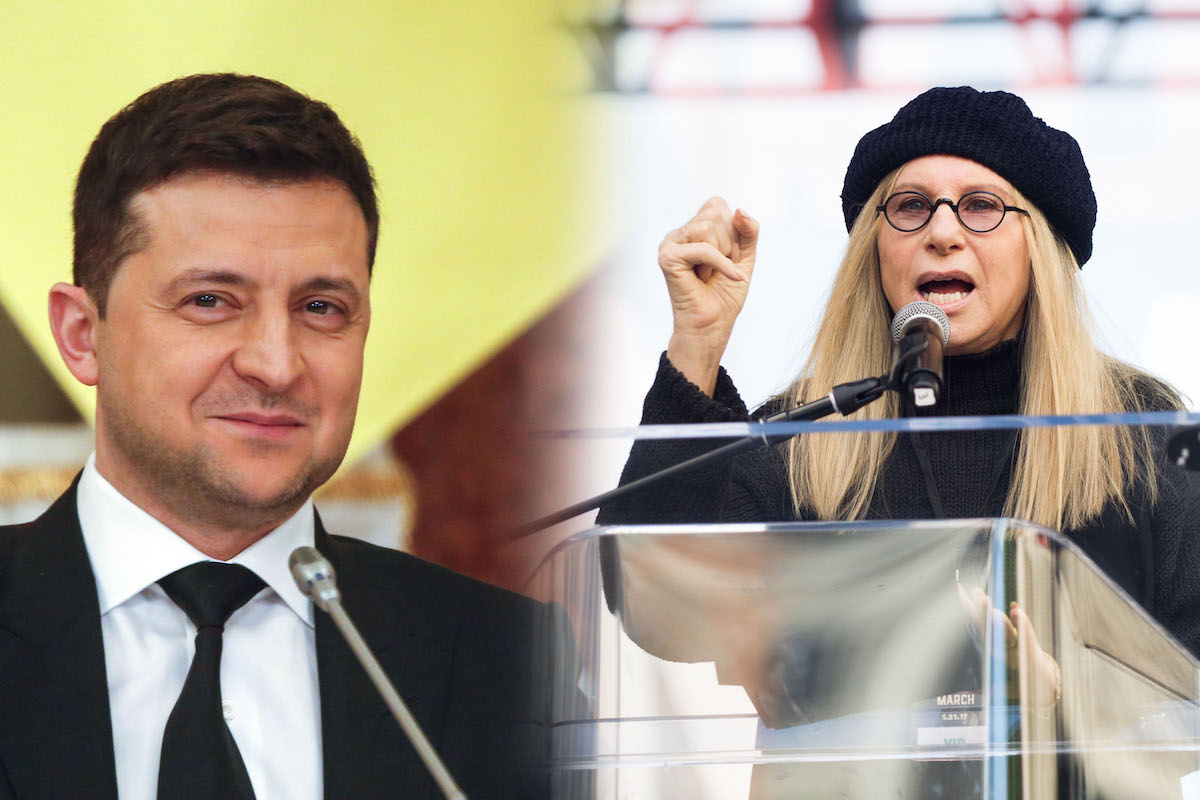 I’ve always felt like Barbra Streisand singing “People” could bring world peace, and while the Jewish diva may not be able to solve the crisis in Ukraine singlehandedly, she has recently decided to lend her award-winning voice to help the Ukranian people.

Two Jewish icons for very different reasons, Zelensky and Streisand talked to each other over video on Thursday. Streisand wrote that she has been “moved by the resilience and courage of the Ukrainian people and his inspirational leadership.”

Through the Streisand Foundation, she has given similar amounts to many important causes, and at the end of the day, the singer has donated tens of million of dollars in her lifetime. That’s a lot of tzedakah.

Babs isn’t the only Jewish celebrity raising funds and attention to the crisis in Ukraine. There’s “Dancing With the Stars” Maks Chmerkovskiy, Liev Schreiber and Jewish actress Mila Kunis, who got a heartfelt thank you from Zelensky after raising over $35 million with her husband, Ashton Kutcher.

Like all these celebrities, Streisand has roots in Ukraine — she tweeted about her paternal grandparents, who immigrated to the U.S. from Galicia, back in February.

My paternal grandparents emigrated from Ukraine and my heart breaks for the courageous people there fighting this Russian invasion. Putin’s propaganda about “denazification” as a rationale is one of the great lies of this Century.

You can donate to “Friends of Ukraine and Barbra Streisand” here.