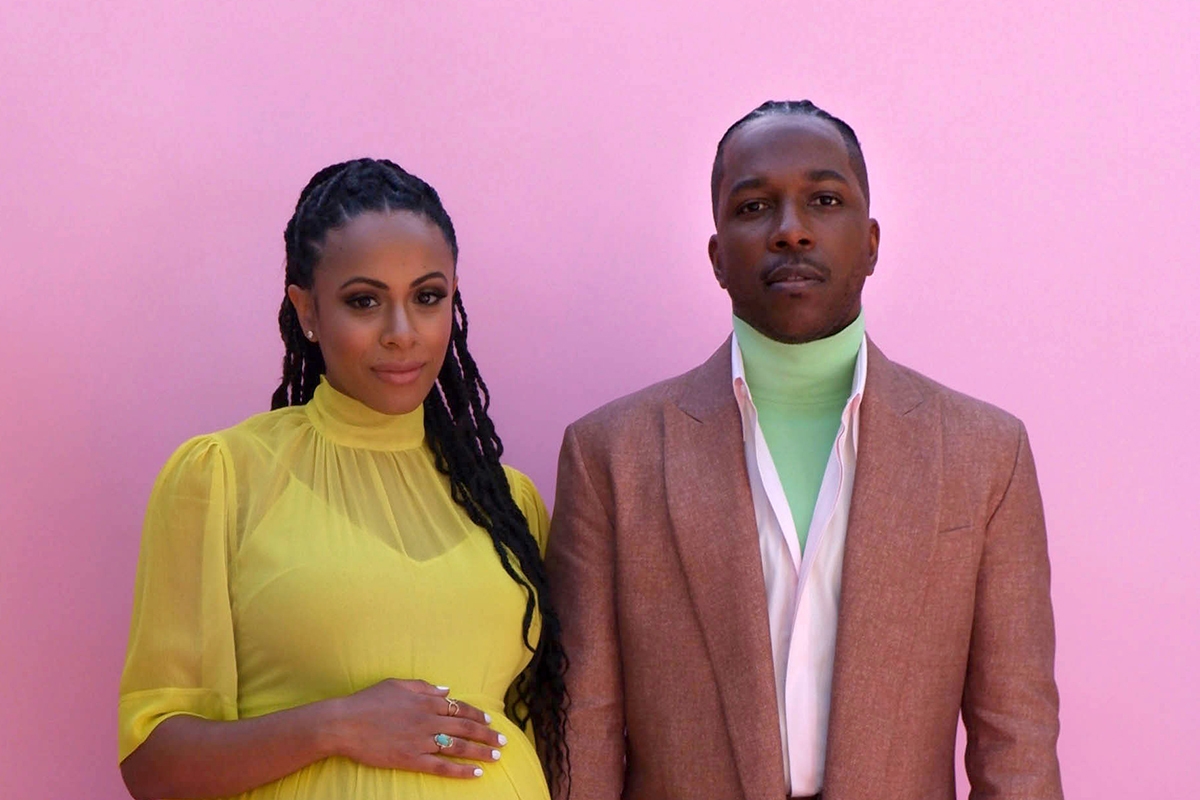 That’s not just because this beautiful couple, who got married under a chuppah  in 2012, makes gorgeous music together (have you listened to their version of the Hanukkah classic “Maoz Tzur” yet?!). It’s also because the former Hamilton star and his equally talented Jewish wife are super sweet parents to their daughter, Lucille Ruby — who’s just about to turn 4 — and they recently welcomed a new son, Able Phineas, born March 25.

Now, Able is quite an unusual first name. It is a variation of Abel, the son of Adam and Eve who was killed by his brother, Cain. Abel derives from the Hebrew word for “breath,” hevel, and from the Assyrian word for “son.” But the alternate spelling chosen by the Robinson-Odom family also gives it an extra empowering twist.

Phineas, as we’ve previously discussed in relation to Justin Timberlake — who gave the name to his second son and piqued the interest of the Jewish media — is also a Jew-ish name. It’s the anglicized version of the Hebrew name Pinchas, or Pinehas. Pinchas is the name of the grandson of Aaron, the high priest and a famous zealot in the bible.

And if that’s not enough, little Able Phineas goes by the most Jewish little nickname of them all: Abe. Aww!

Both Odom and Robinson’s social media posts about their new son have been, as expected, just so lovely. In her first post about Abe, Robinson wrote, “feels like we’ve always known you, my son. My goodness, am I in love!”

Odom — who is up for an Oscar for his portrayal of Sam Cooke in Regina King‘s One Night in Miami — took to social media a week after Abe’s birth to voice his admiration for his wife: “More life! One whole week with our Abe,” he wrote.

“Watching Nicolette give birth to these kids…? Simply, the bravest acts I’ve ever witnessed from a foot away. I love you, sweetheart and I am in awe. Our little family bursts at the seams with joy! And gratitude.”

Little Abe has even already starred in his first commercial, a Mother’s Day-centered ad for Kate Spade. In the video, Lucille and her father are seen wrapping a handful of presents for Robinson, who then happily accepts them with little Abe on her lap, an adorable Wubbanub pacifier in his mouth. It’s truly a treat:

Mazel tov to this gorgeous family of four!