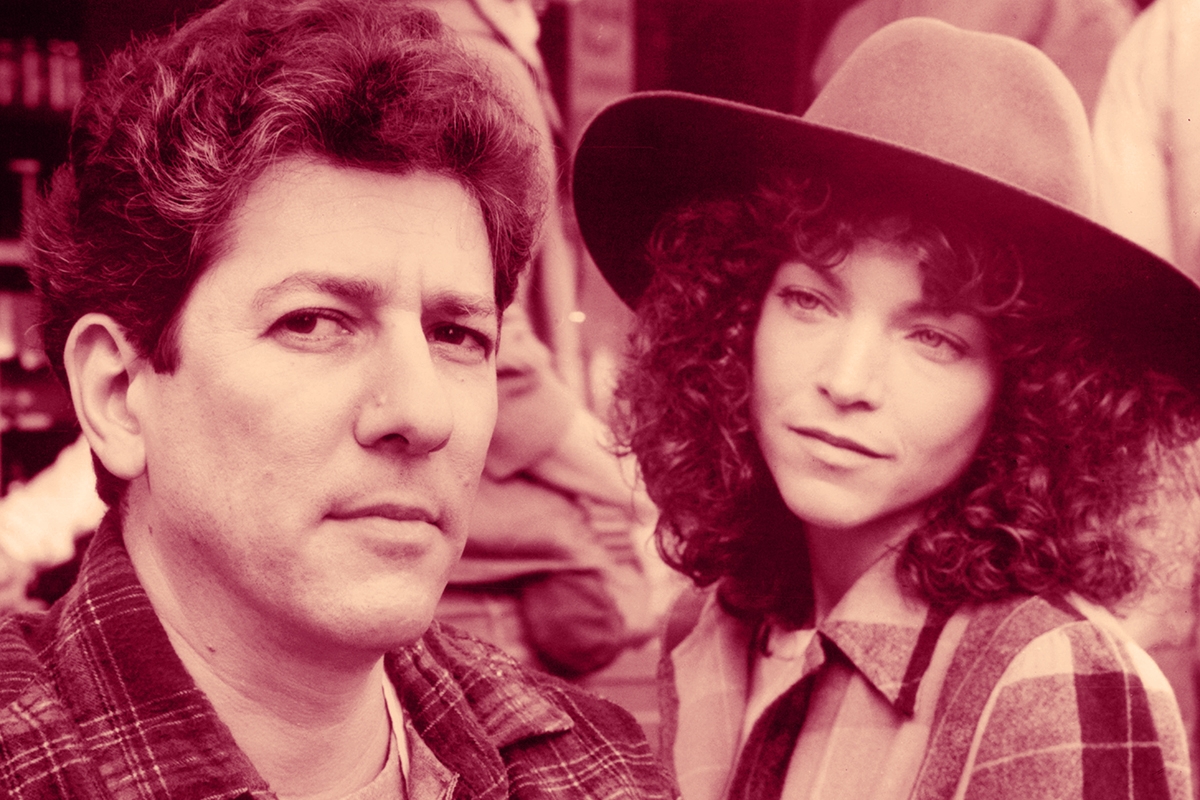 As 2020 stretched into its final hours on December 31, we lost an American Jewish legend: pioneering film director Joan Micklin Silver, who passed away at age 85 from vascular dementia.

Silver, who directed Hester Street and Crossing Delancey, was a feminist trailblazer — she made movies that centered on the experiences of women, despite the blatant sexism she faced in the industry. She also overcame antisemitic notions about what stories should and shouldn’t be told, making commercially successful movies that were uncompromisingly authentic and deeply informed by the Jewish immigrant experience in America.

Silver gave us winning lines like, “Let’s put bubbe to bed.” She gifted us with the bright presence of Carol Kane, who was just 21 when she starred in Hester Street, Silver’s first feature film. She dared to film a Yiddish-laden movie almost half a century before shows like Unorthodox were even a germinated thought. What’s more, she showed us that Jewish women — loud, big-haired, opinionated Jewish women — had complex, moving stories that deserved to be told.

This was not a likely journey for the daughter of Russian Jewish immigrants, Maurice David Micklin and Doris (Shoshone) Micklin, who ran a family lumber yard after they came to Omaha, Neb., to start a better life. Becoming a director was not a pre-paved road for a married mother of three trying to make films in the 1970s. (In fact, it is still not a likely journey for too many women filmmakers.) But Silver created a career that was unimaginable for women — and for Jewish women, in particular — thanks to a lot of gumption, confidence, hard work, and, yes, some helpful male allies (read: Jewish spouses). Yet, despite all this, as Mark Harris notes in Vulture, there was so much more she could have done — if only she had been given the accolades and support she so rightly deserved.

After Silver graduated from Sarah Lawrence in 1956 with a degree in literature, she married Raphael Silver, a real estate developer and the son of the famous Zionist leader, Rabbi Abba Hillel Silver. The two settled in Raphael’s home state of Ohio, where they had their three daughters: Dina, Marisa, and Claudia — all of whom went on to work in the film industry. Silver worked in community theater and taught music. In 1967, the family moved to New York City. She spent her days writing for the entries for Encyclopedia Britannica — at the time a proper profession for a woman — while trying to sell one of her screenplays to an industry that, at the time, wouldn’t take a chance on a female creative.

Her first venture into Hollywood was working on the 1972 film Limbo, a collaboration with future Dirty Dancing producer, Linda Gottlieb. The movie was based on interviews Silver did with veterans and prisoners of war, but the script was taken from her and given to…  a man.

After that experience, Silver realized that she was just not going to get an in in Hollywood through the front door. One executive told her, “feature films are very expensive to mount and distribute, and women directors are one more problem we don’t need.”

So Silver decided to pave her own way. Along with her husband, who helped her start a production company and enthusiastically raised money for the efforts (hooray for feminist Jewish husbands!), she set out to make her first movie, Hester Street. They raised a humble $370,000 for the film, which was based on the Abraham Cahan novella Yekl: A Tale of the New York Ghetto, about a Jewish sweatshop worker who wants to assimilate in America. The titular character resents that his wife, Gitl, is so unassimilated, and, drawn to more modern Jewish women, he leaves her.

Silver turned the focus of the tale to Gitl, and the film and follows her as she discovers her own agency and her own happy ending. (Gitl fits into American society by adopting the language and uncovering her hair — but she never gives up her Jewish identity or devoutness.) The role earned a heretofore unknown Carol Kane an Academy Award nomination.

Hester Street was a critical success and a box office hit that earned $5 million. You would think that such a Herculean feat would mean the Hollywood offers would roll in, but her phone never rang. The next movie she produced with her husband, Between the Lines, was also a critical success. In 1979, Hollywood producers took a chance on her adaptation of Chilly Scenes of Winter by Ann Beattie, yet they ruined the movie by giving it a new, cheesy title — Head Over Heels — and slapping on a happy ending. (The movie was later released with its intended title and ending, and faired better.)

As Hester Street was on the cusp of being bat mitzvah-ed in 1988, Silver finally released another Jewish film, Crossing Delancey. It was another David vs. Goliath effort to get this movie made as studios (again, surprise!) did want to take a chance on the very Jewish tale based on a play by Susan Sandler. This time, however, another supportive Jewish husband came to Silver’s aid: Steven Spielberg, who at the time was married to Amy Irving, the movie’s star.

Crossing Delancey is a movie that, despite being as old as I am, is still the best Jewish rom-com of all time. Aside from some Black side characters that really make you cringe, the movie is perfect. It has a brilliant and independent Jewish woman as the lead; a sweet, caring bubbe (Yiddish actor Reizl Boyzk); a loud, leopard-print clad Jewish matchmaker (Silvia Myles); and a handsome pickle vendor of a love interest (Peter Reigert) whose fiery devotion makes hearts melt.

In both Hester Street and Crossing Delancey, Silver eloquently evokes the experience of Jewish assimilation in America. She reminds us that we don’t all have to shelve our Jewish history and identity to find happiness in this country. We can be both modern and traditional; you can have a fancy, modern literary job, and the tangy Lower East Side pickle. What’s more, she demonstrated that Jewish romance is not boring or undesirable but can be steamy, joyful, and interesting.

The importance of Silver’s representation of Jewish women in film cannot be overstated. Along with women like Barbra Streisand, she changed the narrative about Jewish women, who had mostly been represented by Jewish men. (Until Silver came along, most depictions of Jewish women were all some version of the Jewish mother trope: overbearing, mockable, and repellent to Jewish men.) But in Silver’s movies, Jewish women’s lives are depicted with great consequence and depth.

Like her characters, Silver, too, had big hair and big glasses. She, too, lived in the timeless push-and-pull of Jewish tradition and modernity. Watching her movies, decades later, it is astounding how the crisp writing still makes us laugh and cry, and how the progressive, feminist values cached within still feel fresh today.

Silver’s legacy deserves celebration. But my heart still breaks a little for all the other Jewish women she could have conjured for us, if only she had had the chance. Silver only got to make a handful of films before retiring in the early aughts, but it wasn’t because those films weren’t in her. Silver was a phenomenal, laudable talent, but she never got the chance to tell all the stories she deserved to tell — all the stories women in this country deserved.

May her memory be a blessing, for her movies will always be one.