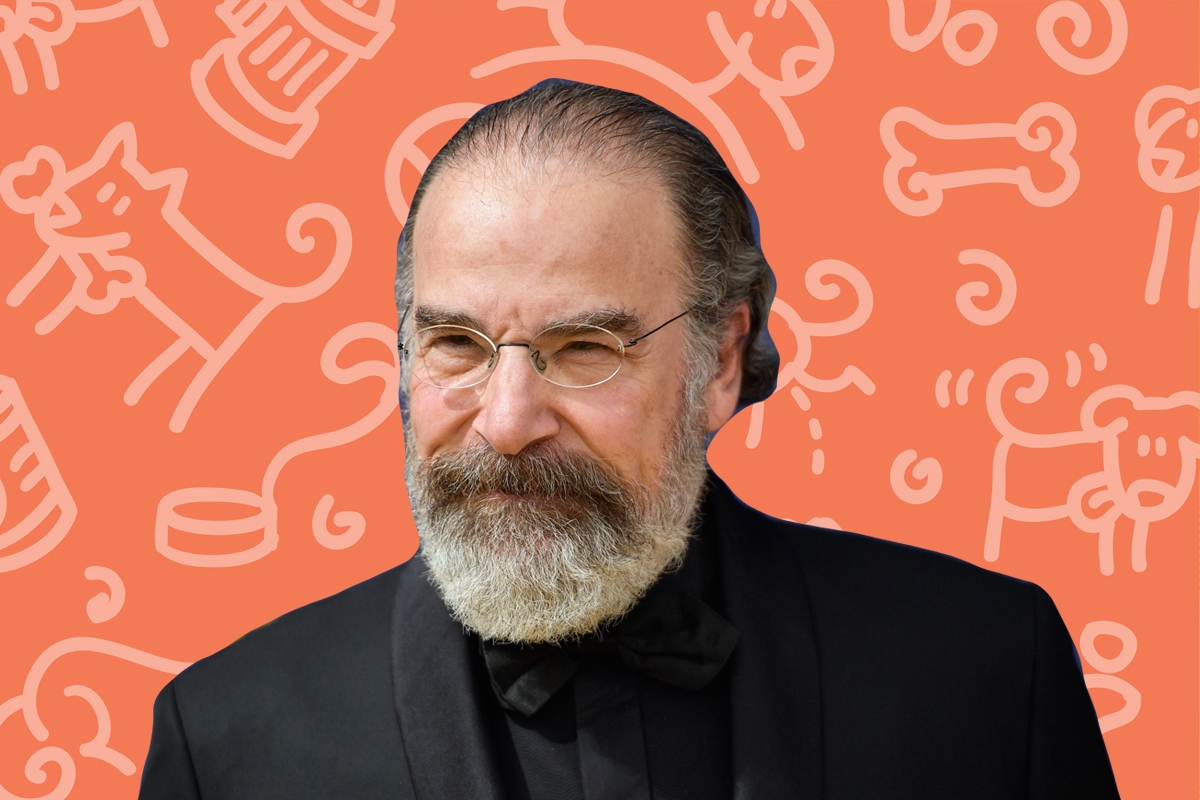 Having a sick pet is quite an awful and heart-wrenching experience. As my dog gets older, every vet visit gets more and more stressful — not just because of the bill, which is always a bit of a gut-punch, but because being faced with your pet’s mortality is just so rough. We all want our pets to live forever, even if we know we will almost always outlive them.

For beloved Jewish icon Mandy Patinkin — who himself had a bit of a health scare during the pandemic — having his beloved dog, Becky, go through health problems led him to a very Jewish way to cope with his fears for her health: Jewish prayer!

In a hilarious and wonderful video on social media, the Jewish actor and Yiddish crooner — who says the Mourner’s Kaddish every day — shared three other Jewish prayers that he says every time he feeds his dog: the Mi Sheberach, the Shema, and the Motzi. Honestly, whenever we think we can’t possibly love him more, Patinkin makes our hearts grow even bigger every time he shares one of these moving stories of his daily minutiae.

Let’s work our way back through these prayers, because Patinkin’s explanations are really gold and seriously, you need to listen to him chanting them. (Can he be our cantor, please and thank you?!)

The last prayer Mandy sings to Becky is the Motzi, the prayer said before eating bread. This is really a good, solid, and traditional choice here. When Patinkin chants it, his wife, Kathryn Grody joins along — and both their pronunciation is on point. (As a former Hebrew school teacher, I give them both an A+. Well done!)

The second prayer Patinkin chants to Becky is the Shema, the Jewish prayer that you’re supposed to say every day. This choice does kind of make sense — after all, you feed your dog every day (more than once, usually), so it’s a perfect opportunity to blend in another daily ritual. As Patinkin chants then translates the prayer, he accidentally lets out a little belch. “Pardon me, I’m burping chicken soup,” he apologizes. And we forgive him, because, seriously, even his burps are Jewish!

After Grody explains to their son, Gideon — yes, he’s usually the one behind the camera on all the couple’s delightful videos —  she doesn’t know the words to the Shema. Instead, she sings “Pennies from Heaven.”  (She is a pro at the Motzi, though, and we love the idea of substituting show tunes for prayers when in need.)

“I didn’t know I had to say both Hebrew prayers and show tunes, I just give her food,” Gideon quips at the end of the video, resolving to work on his praying.

First and foremost, however, the prayer Patinkin sings for Becky is “Mi Shebeirach.” It’s a beautiful song by Debbie Friedman, whom Patinkin calls his “dear friend,” and is based on the Jewish prayer for the sick.  Friedman and Patinkin were longtime friends — in fact, she even played a role in Gideon’s bar mitzvah!

In an event this February, Mandy shared the details of their friendship, including when they met: “I asked my wife because I wanted to be sure [I remembered our first meeting accurately],” he told host Budd Mishkin at the 92Y. “I’m almost positive my friend Moishe Rosenfeld, who was one of my Yiddish coaches, along with Zalman Mlotek and Henry Saposnik, invited me over to Town Hall when Debbie was doing a concert one day… and I remember being brought backstage by Moishe and meeting this extraordinary person that I had an immediate connection to, she just enveloped me with her love. We were… I think almost instantly friends, and that friendship just grew and grew and grew.”

As for how Friedman became a part of Gideon’s bar mitzvah, it all happened quite naturally: “I’d been hanging out with Debbie for quite some time… and I had let her know that Gideon my son was also interested in music… I wanted him to know her and I wanted her to rub off on him and get that DNA into his soul.”

When it came time for Gideon’s bar mitzvah, Mandy knew he wanted her to be a part of the event, which was held at their country home. “Debbie came up and she was the cantor… that just touched the whole thing from up above. There she was, sitting on our lawn, and taking our son under her arm, and tallis, and guitar, and her extraordinary voice but, most of all, her soul.”

“I adored her,” he said, divulging that he was so angry when she got sick with pneumonia and died in 2011. “The beauty is that we have her music to play. It almost never occurs that when I put it on, which is regularly, that at some point I’m not reduced to some utter sobbing and longing and confusion, that someone we loved so much; why do these people disappear for no good reason?”

“We had such beautiful times,” Mandy recounted, telling of his visits to her New York apartment where he spent time with her dog, Farfel. “She was pretty close to one of my best friends in the world.”

Of her extraordinary talent for reaching people, he said: “She had the ability to connect them to liturgy and simplicity, and also English, for those of us who didn’t understand the Hebrew.”

He said that both he and Friedman were at their best when they “let the music just through [them],” without too much “mishegas.”

“We were at our best when we would just be simple, and clear, and be a hose where the music came in and the words and the music just came out,” he explained. He said that he and Friedman had hoped to collaborate on music together, and that post-Covid, he has dreams of doing a concert “with” her — through videos and sound recordings.

In that same event, he also spoke about his daily routine of singing “Mi Sheberach” to Becky. (Becky is apparently a rescue, and despite this dramatic, spiritual build-up to mealtimes, she will not eat her food until he tells her, “OK.”)

When he sings the prayer, he explained, he doesn’t just do it for Becky — or for Friedman. “I do it for the whole world, and everyone that we love that has passed on,” he said.

We love Patinkin and his beautiful soul, and the fact that he can make the most mundane of tasks — feeding your dog — so moving and spiritual (and adorable.)

We’re so grateful for him.