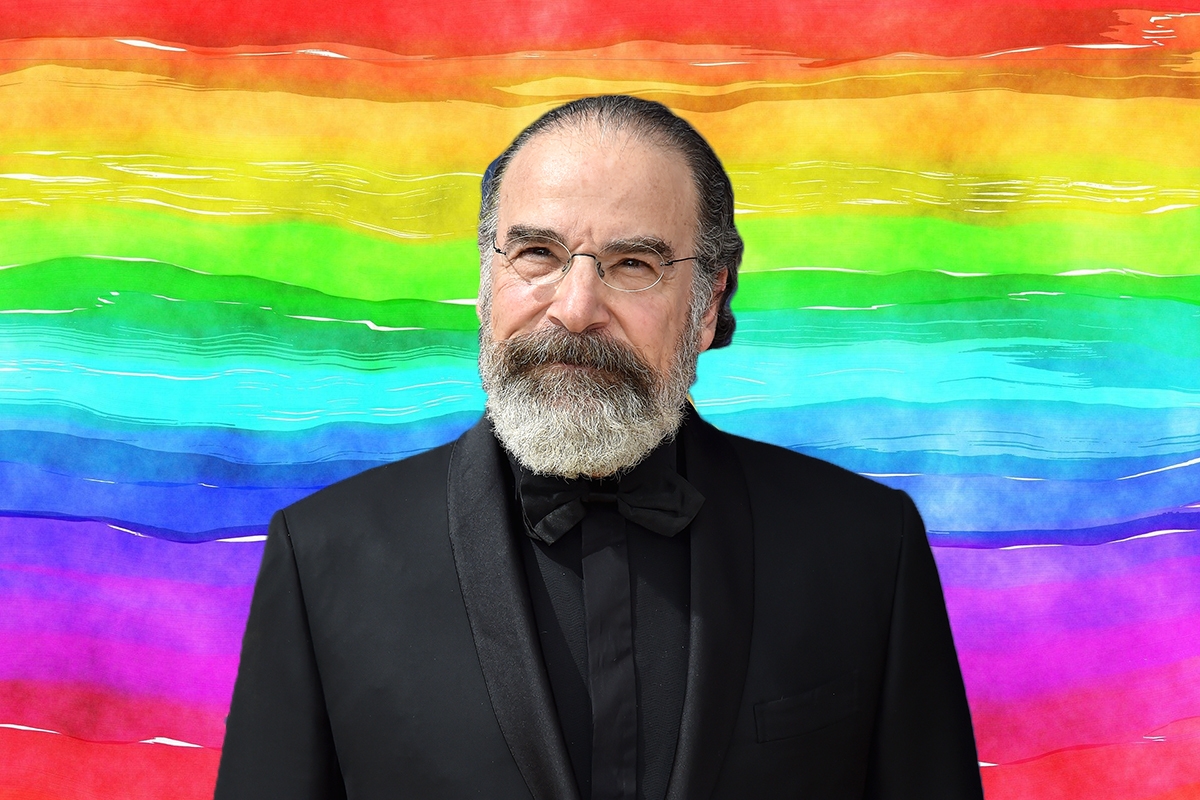 Mandy Patinkin has been everything to me during the pandemic.

Actually, that’s not accurate: Kathryn Grody; her husband, Mandy Patinkin; and their son, Gideon, have been everything to me during this pandemic. On Patinkin’s social media accounts, the Jewish family has been providing the joyful, human, and activist video content that I desire — nay, need. (Just check out this video of him blowing the shofar!)

But one of the many, many things I love about Patinkin — and this was true even before coronavirus — is his tendency to sing Yiddish songs. More than 20 years ago, in 1997, Patinkin released an album of Yiddish songs called “Mamaloshen” (Yiddish for “mother tongue”). A year later, he turned it into a Broadway show.

But that’s not all: Patinkin’s been known to break into song in the Jewish language on talk shows. He’s sung a Yiddish version of Shawn Mendes’ “Stitches” on The Late Late Show while the pop star was sitting next to him, and broke into an incredible Yiddish rendering of “Supercalifragilisticexpialidocious” on The Rosie O’Donnell Show. (Fun fact: This song, like the rest of the soundtrack of Mary Poppins, was written by the Jewish duo best known as the Sherman Brothers.)

Back in November, after Joe Biden and Kamala Harris won the election, Patinkin sang an a cappella version of “Somewhere Over the Rainbow” — in Yiddish and English — in a celebratory video for the Jewish Democratic Council of America. It was incredibly beautiful and just so moving — even more so as Grody was sitting right next to him, weeping.

Patinkin’s singing is even more heart-rending when you think about the incredible Jewish history of this song, which was written by two Jewish sons of immigrants who escaped the pogroms of Eastern Europe to “a land they only imagined in their dreams.” It was released two months after Kristallnacht.

The clip is absolutely a marvel to watch — and to listen to:

Patinkin, 68, has a truly otherworldly talent for singing. His Broadway musical career began in Andrew Lloyd Webber’s Evita, where he won a Tony for his portrayal of the narrator, Che, and on Stephen Sondheim’s Sunday in the Park with George, where he played the pointillist artist George Seurat.

Listening to Patinkin sing is a breathtaking thrill and, over the years, his renditions of “Somewhere Over The Rainbow,” have always been something to behold:

Patinkin’s penchant for signing in Yiddish, however, is something that developed later in his life. Mandy, born Mandel Bruce Patinkin to a Conservative Jewish family in Chicago, grew up with Judaism as a big part of his life. Yet, while Yiddish was spoken at his home he never considered it his domain.

“My folks spoke it with my grandparents when they had a secret and wanted to keep it from the kids,” he told the Forward in 2005.

That is until the 1990s, when famed theater producer Joseph Papp approached him, asking the actor to perform at a benefit concert for YIVO Institute for Jewish Research. Patinkin professed that he didn’t know any Yiddish songs, but Papp urged him to learn one. His first Yiddish performance was at that concert, singing “Yossel, Yossel.”

Since then, Patinkin found his passion for singing in the language, and he hasn’t stopped giving us beautiful Yiddish renditions of beloved songs. We hope he never does!