"Jeopardy!" Should Be Hosted By Mayim Bialik Forever – Kveller
Skip to Content Skip to Footer 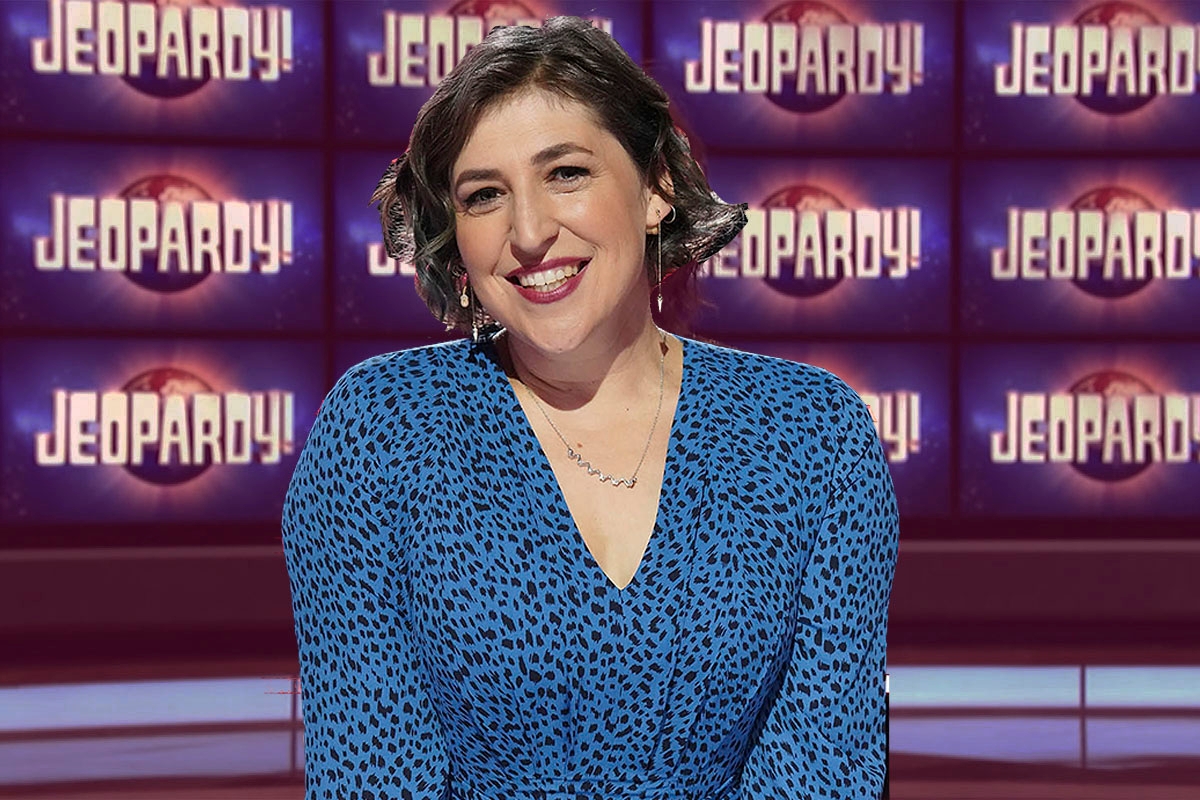 Here at Kveller, we have absolutely been LOVING Mayim Bialik as the guest host of “Jeopardy!” — and it turns out, we’re not alone! After seeing the poise, professionality, and preparation of the Jewish actress and academic brings to the role  — who follows in the impressive footsteps Alex Trebek, of course, as well as other celebrity guest hosts like NFL star Aaron Rodgers, Katie Couric and fellow Jewish actor Buzzy Cohen — many are saying that Bialik should become the permanent host of the classic game show.

Though we may not be the first, let us be the loudest voice to proclaim that Mayim should absolutely become the “Jeopardy!” host for the long term. Her final guest hosting episode airs on June 11, but we’re hoping this is only the beginning of Mayim’s career at “Jeopardy!”. Here are 9 reasons why she’s perfect for the job.

1. She has a PhD in Neuroscience.

Yes, it’s a game show — but really, “Jeopardy!” is all about knowledge. When it comes to knowing stuff, Mayim’s no slouch — she earned a PhD in neuroscience from UCLA in 2007, and thus, in her own words, has dedicated so much of her life to “knowing things and to being able to communicate things.” “Jeopardy” executive producer Mike Richards was quoted in USA Today saying he wanted the next host to be “credible when you [they] give the response.” Clearly, Mayim’s intelligence makes her more than credible.

2. She is passionate about being a role model for kids.

Mayim’s a self-proclaimed feminist and, as a woman in science, she wants young kids to see their potential for success in any field — no matter their gender. As she said in an interview with Jeopardy.com: “For young girls and boys to see that women can be scientists feels very important to me.” We could not agree more!

3. Many fans are endorsing the idea.

After watching Mayim on her first few nights, “Jeopardy!” fans had a lot to say on Twitter — and so much of it was positive. If the diehard “Jeopardy!” fans — many of whom have been watching regularly since 1984, when the syndicated show with Trebek began —  believe she belongs up there, so should everyone! Here are some of our favorite tweets endorsing Bialik:

Dr. Mayim Bialik in the lead for the new #Jeopardy host.

She's by far the best choice so far.

I'm willing to give LaVar Burton am outside chance but it's a high bar to clear at this point.

This morning my mom told me that if I were a Jeopardy host I would comport myself like Mayim Bialik, which is honestly one of the nicest things she's said to me.

Mayim Bialik being great as a Jeopardy! host should surprise pretty much no one

4. It is literally her dream job!

In an interview with USA Today, Bialik shared: “I will say that for me personally, and academically speaking, this is a really, really, really lovely place that I felt so comfortable, and was really honored to be part of it in any way. But obviously feel very strongly that if people find me tolerable, this is a dream job.” We love how Bialik is able to combine her dual passions of knowledge and performing in this new role (plus, we find her more than tolerable). And, who are we to keep a person from living her dream?!

5. This is not her first brainy — or personable — role on TV.

Bialik garnered her most recent fame playing Amy Farrah Fowler on the Fox sitcom “The Big Bang Theory.” The lovable, nerdy, modestly-dressed character, was also a neurobiologist, thus sharing at least two things with Mayim IRL: her expertise in neuroscience and her preference for modest clothing as a Modern Orthodox Jew.

While Mayim got her start as a childhood actress in the late 1980s, she’s long graced the screen in personable and quirky roles, including as the titular characters in “Blossom” and her current series, “Call Me Kat.” Her acting resume demonstrates that she can really take on any role — especially one in which she can show her smarts.

6. She can really dress the part!

You may have noticed how Mayim’s been rocking some excellent outfits each night. When preparing for the role, Mayim says she did not take for granted the importance of dressing for success. As she says in the Jeopardy.com interview, it’s still a confusing time for women in terms of “what we’re expected to look like” in a professional setting. Her wardrobe intentions, she says, were to maintain the elements of formality and decorum that she so respected in Trebek, and “to look like the academic I was trained to be.” And yet, she wasn’t trying “to look like a man,” she explains, but to choose clothing that she felt comfortable in — with a bit of her own flair. Her professional yet fun look feels just right — and looks pretty fab, too.

7. Her name has been used as an answer on “Jeopardy!” more than once.

Bialik’s role at “Jeopardy!” is practically fated — her storied career and fascinating journey has led her to be an answer on the show more than once. She laughs when she tells Jeopardy.com, “I get random texts in the middle of the night from relatives and friends saying, ‘Look, you were the answer on “Jeopardy!”’ So here I am.” It seems like she heard the calling!

Each guest host’s stint on the show is accompanied by a donation to a charity of their choice. (The amount, according to Parade, “will equal the cumulative winnings of the contestants that compete during the weeks they serve as guest host.”) Mayim selected an organization that’s dear to her heart: the National Alliance on Mental Illness (NAMI), where she has referred friends for many years. Mayim has written for Kveller about how mental illness shaped her family and her childhood, and she also wrote a script that touches on this, the forthcoming “As Sick As They Made Us” — which she will also direct! (Yes, we are kvelling!!) We love how Mayim is raising awareness about mental illness, which is something that affects millions of Americans.

9. Her family is fully on board (and her grandparents would be so proud!).

Mayim, a mom of two boys, first learned about the “Jeopardy!” hosting opportunity from her 15-year-old son, Miles, who thought she would be great for the part. (Clearly, this kid is as smart as his mom!) While she says her 12-year-old, Frederick, is a little “less enthralled in general,” he also has respect for how iconic the show is.

Mayim credits her parents, Barry and Beverly Bialik, with motivating her to “learn as much as I could about everything.” We’re also loving how Mayim is teaching her mom the way the show works:

She’s clearly getting a kick out of the buzz that Mayim’s getting:

We love how Beverly’s paying such close attention to her daughter’s new role — even if she doesn’t understand every part of it!

What’s more, Mayim considers her “Jeopardy!” experience a triumph for her family. Like many Ashkenazi Jews in the U.S., Mayim’s grandparents immigrated from Poland, Hungary, and then-Czechoslovakia. Mayim describes herself as “a second-generation American whose grandparents on one side never really mastered the English language” — and we can only imagine the immense pride and joy her grandparents would feel over her accomplishments today!