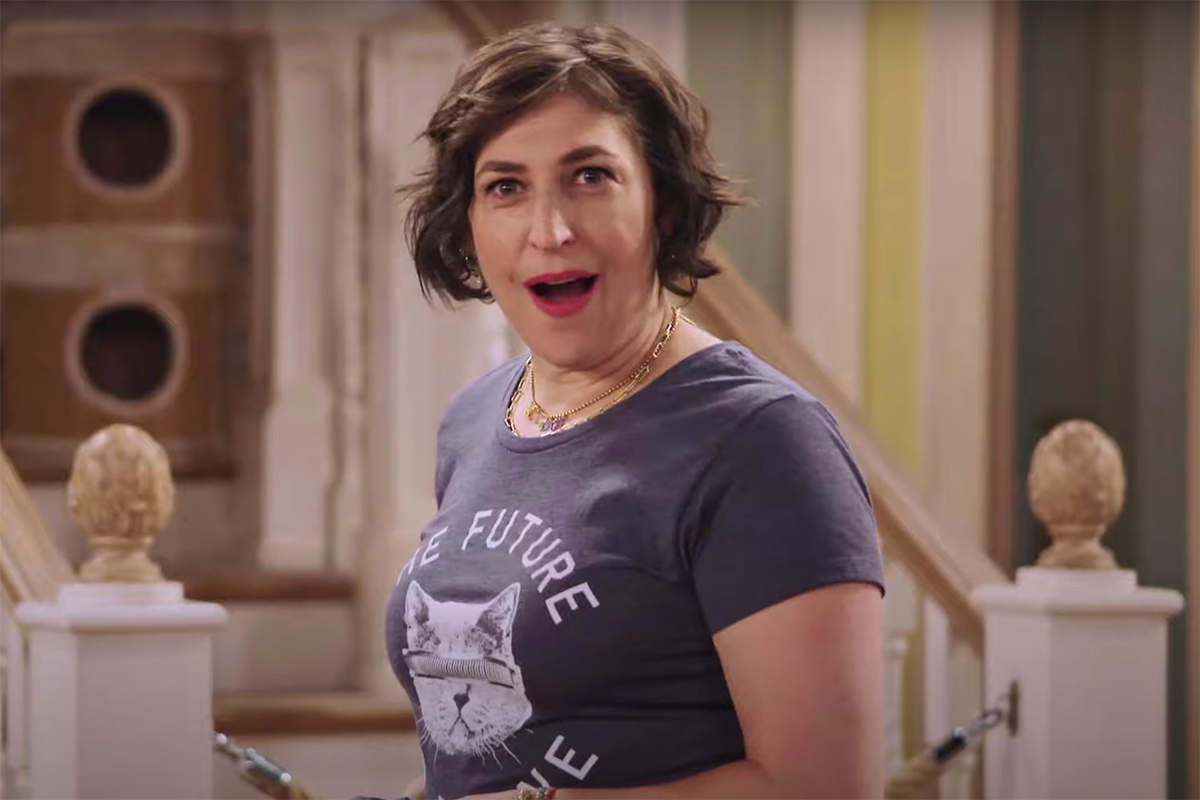 Mayim Bialik‘s new sitcom,“Call Me Kat,” is a warm, distracting TV hug. The actress, neuroscientist, mom, and Jewish holiday maven stars as Kat, a 39-year-old owner of a cat cafe in Louisville, KY. The show is charming and uplifting and, essentially, exactly what we needed during this cold pandemic winter and early spring.

The Fox show takes many of the best parts of “Miranda,” the British TV series it is based upon — both shows are streamable on Hulu for all your cord-cutters — and adds a little extra magic, like “Fiddler on the Roof” musical numbers; delightful moments with this pandemic’s favorite viral star, Leslie Jordan, who plays cat cafe employee Phil; and lots and lots of adorable cats (plus one brilliant “Sound of Music” cat mural.)

Mayim, of course, is perfect in the role of Kat — a role in which, as she wrote in these very pages, she feels was made for her: “‘Call Me Kat’ is the meat of who I am in life right now — the zaftig, curvy, authentic me.”

So it’s not surprising that Fox chose to renew this truly darling show for a second season, just a little over a month after the season 1 finale aired. The season ended in quite a romantic cliffhanger for Kat, who is torn between her sweet boyfriend, Oscar (Christopher Rivas) and her college crush, Max, played by very swoon-worthy Cheyenne Jackson. (The chemistry between these two is very enjoyable!).

Of course, this isn’t just Fox agreeing with us that what TV really needs is more cat cafes (even though it does). The bubbly, dorky, confident, and lovable protagonist Kat, plus her delightful cast of friends and employees (and yes, her quirky and overbearing mother played by Swoosie Kurtz), have won over many, many hearts across America. According to Deadline, the show “tied as the No. 1 new comedy,” with episodes averaging some 5.7 million multi-platform viewers. So yes, this is just a wise business decision.

“We are excited to renew Call Me Kat and have Mayim, Cheyenne, Swoosie, Leslie, Kyla, and Julian return for their second season. Together, they share a winning chemistry that we, and viewers, adore,” Michael Thorn, president of entertainment, Fox Entertainment said in a statement. “On behalf of everyone here at Fox, congratulations to this incredible cast and our terrific partners at Warner Bros on delivering this season’s No. 1 new comedy.”

While showrunner Darlene Hunt, who will not be returning to the show (no word yet on who will be replacing her), all the usual onscreen suspects will be.

There’s no timeline yet for the new season, but we’re so excited to see what Kat and her friends get up to in season 2. Will Kat choose between Max and Oscar? Will Phil finally get a new beau? We can’t wait to find out, and hearty mazels to Mayim and the entire gang!

Pretty darn good way to start off the week!! @CallMeKatFOX is coming back for a 2nd season!!! MEOW!!! #CallMeKat pic.twitter.com/Wey1AA4g29