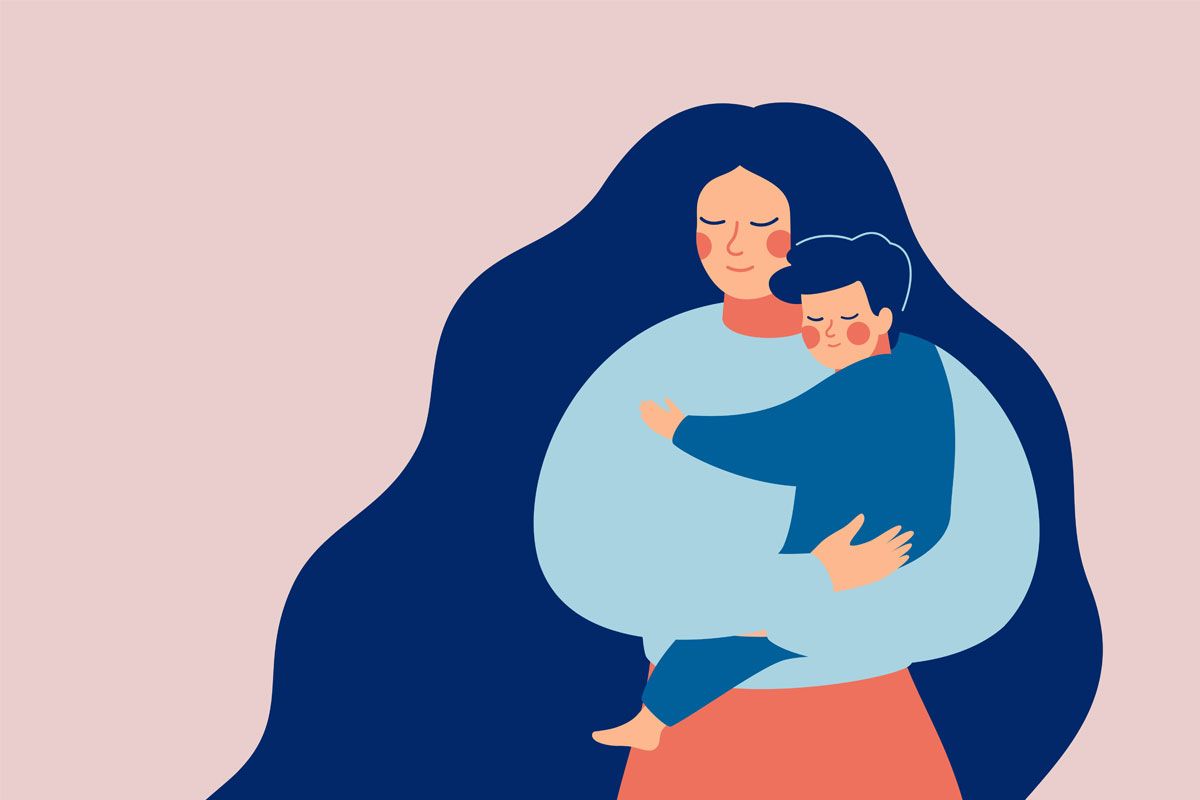 When I began the process of converting to Judaism, I knew my Hebrew name had to be Hannah. Reading her story in the Bible, I felt as if I shared a soul with Hannah.

In the Bible, Hannah is unable to conceive a child with her husband Elkanah, who does have children with his second wife Peninnah. Peninnah cruelly taunts Hannah, saying that the Lord has closed her womb. After enduring this situation for years, Hannah becomes so depressed that she stops eating. During an annual trip to a temple, Hannah is seen praying by the priest, Eli. She is so engrossed in speaking her desperate prayer that Eli accuses her of being drunk. Hannah tells Eli of her yearning for a child. Eli blesses her. Soon after, Hannah has her first child and she knows that she was blessed by God.

I knew her pain, exemplified when she refused to eat. That’s major depression. When Hannah prayed, it wasn’t by rote but a genuine outpouring of emotion, like a tidal wave. Hannah’s eternal prayer had cried out from me, too, as it has in the unique voices of so many women before me.

Before my conversion to Judaism, my husband and I tried to conceive for four long years. When I finally got that first positive pregnancy test, I was elated and terrified, in a happy state of shock. At 27, I expected to sail through conception, pregnancy and birth, but actually, I only just scraped through with both me and my baby alive.

I had a very difficult pregnancy with hyperemesis gravidarum (severe nausea and vomiting during pregnancy) and needed to be in the hospital for weeks at a time. Placenta abruption forced me into an emergency induction five weeks early. Then the epidural failed, leaving me paralyzed from the waist down but without any pain relief. Despite all of that, when my son was finally placed in my arms and we locked eyes, I knew in an instant that I would do all of it a million times over for him. For that love.

When my son was around 18 months old, my husband and I began trying for another baby. I always knew I wanted a large family. Due to my parents’ mental health issues, I grew up largely on my own, especially from 15 years old and onwards. Being alone in the world in the years before my marriage at 22 made me want to create the warm family I had wished for when I was young. But like the first time around, we had no instant success.

Then everything changed forever when I was 30 years old. During what I thought was a particularly bad migraine, I dropped unconscious from a brain bleed and was in a coma for a week. It was a terrifying time for us. I was diagnosed with a rare arterial/vein malformation in my brain. It left my body extremely weakened. Having any more children was now out of the question. I began taking birth control to prevent ovulation, which in itself is dangerous for me.

I could write an entire book of all the feelings I went through after this. My entire future changed against my will. Being a mother is intrinsic to my identity. I wanted to see a pile of children in pajamas watching morning cartoons. I wanted to teach them to be each other’s best friends. I worried that my son was facing a future of loneliness. It hurt me deeply to think of him being alone in the world when my husband and I eventually die. I had also hoped to have several children of both sexes. I was hungry to feel that moment when a baby was first laid in my arms again. I felt cheated out of what I felt was my real life, as if I was living a substitute existence.

Of course, I was incredibly grateful to be alive and still have my beloved family. I was grateful that I would live to see my son grow up. I knew I was lucky that I had the medical care to keep me alive, even though I resented needing it. But I still had moments when I felt I would genuinely lose my mind over the grief of living the whole rest of my life without ever having any more children. It seemed almost impossible to comprehend. I had just discovered how much I thrived from being a mother; I wanted more of that, but it wasn’t going to happen. Later, we applied to adopt, but we were denied due to my health condition.

Eventually, I accepted that we are a wonderful, happy, blessed family of three.

I’ve channelled my big maternal feelings into doing what I can to help children live brighter lives wherever possible. Through a wonderful charity, we have sponsored a boy, Stephen, in Ghana, for 13 years since he was only 2 years old. We’ve had the pleasure of getting to know Stephen a little bit over the years, and it has been the greatest joy to watch him grow up so beautifully. Closer to home, my family spent several years collecting unwanted books and toys and redistributing them to children who needed them. Speaking up for children’s rights is central to the writing work I do. And not least of all, I treasure my son and the unique bond we share.

I’m sure it is no surprise to hear that secondary infertility — especially among us Jewish mothers — comes with a big helping of guilt. I feel guilty for sharing my feelings about it, because I know how lucky I am to have my son. I feel guilty for not giving my son the siblings I had wanted for him (though he says he can’t miss what he’s never had!). Then I also feel guilty because I don’t want my son to think that because I wished for more children, he isn’t enough for me. I try to let go of the guilt; it does no good.

For me, Hannah’s words pop into my mind time and time again: “It was this boy I prayed for.” I am overcome with gratitude, love and sweet contentment.