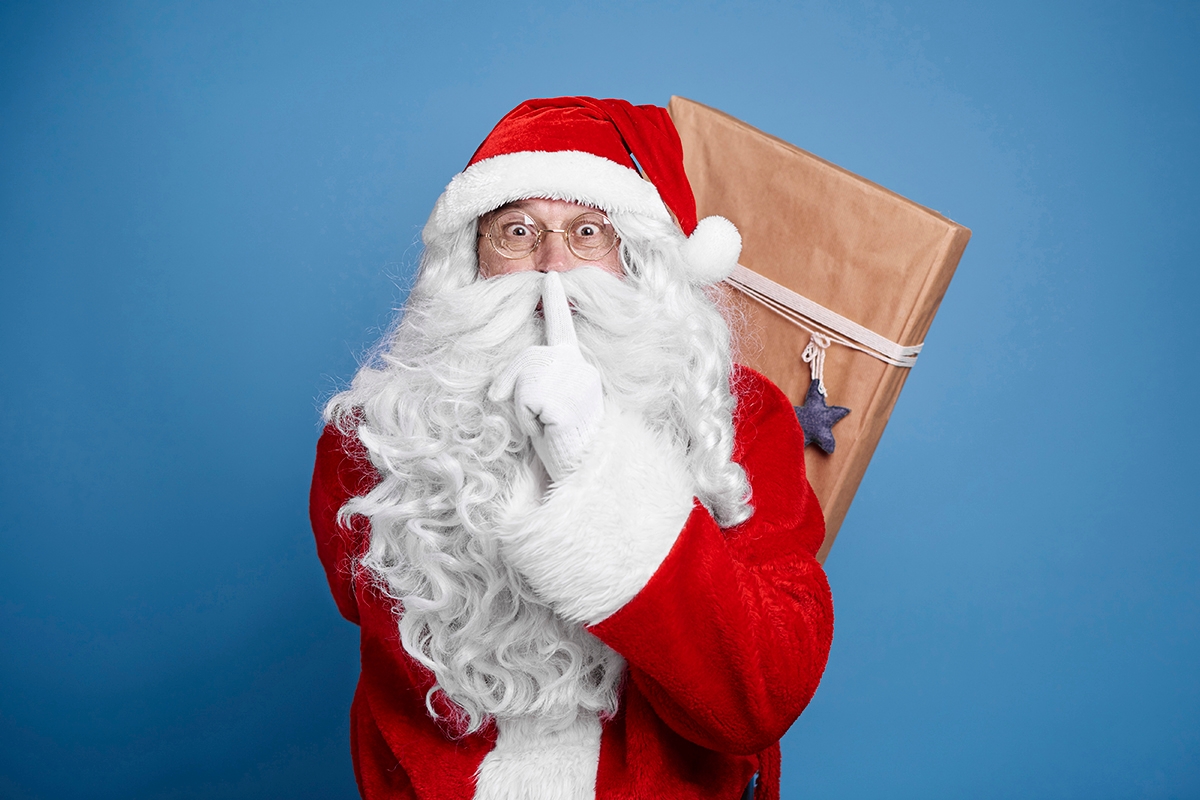 We knew it was coming. My 6-year-old has never been one for living myths. When he lost his first tooth, he confronted the facts, telling my husband and I, “Listen, I know there’s no tooth fairy. You can’t tell me that witches and monsters aren’t real and then expect me to believe that a fairy literally comes into my bedroom.” Oy.

For years, he’s asked us about Santa Claus. I mean, despite being Jewish, he is a child in America after all. From Halloween to New Year’s, he’s absolutely inundated with Christmas merriment. The ads, the music, the episodes of his favorite cartoons. It’s relentless.

Here’s how we’ve traditionally threaded the Santa needle: When my son has asked if Santa’s real, we ask what he thinks. When he doesn’t fall for the old turnaround, we explain that many people believe in the story of Santa, and that the story of Santa involves a merry old man that leaves gifts at Christmas time. We explain that Jewish people know it’s just a story, but lots of kids believe it’s real. We note that obviously, if someone really left gifts for all nice children on the planet, they would absolutely include Jewish kids. We’re nice, too.

I converted to Judaism as an adult, which means my kids have non-Jewish cousins on my side. Four of them, to be exact. And this year, on the weekly family Zoom, his 7-year-old cousin said it: “I hope that Santa brings me extra Legos this year.”

The air was palpable, on our side of the computer at least. I saw it in his beady little eyes, but before I could slam the screen shut, it was out: “You know, Santa isn’t real. He’s just a story. Your parents buy the presents.”

But the thing is, my son was not wrong, and of course he meant no harm. I’ve taught him to speak the truth, including — especially — when it’s unpopular. But parenting sure gets tricky when your kid’s unpopular truth-telling damages his cousin’s innocent belief in a magical reality.

I don’t have clean answers here, but here’s what I do know: That night, I told my son that I’m thankful that he is a truth-seeker and a truth-teller. We talked about whether we think it’s harmless for kids to believe in Santa, even if we know he’s just a story. We don’t love the idea that kids are convinced to believe in a man who discriminates not just based on naughty and nice, but also apparently by religion and by class, leaving notably larger piles of gifts at rich kids’ homes. And don’t get me started on his treatment of Rudolph.

I still have a nagging guilt about my kids being the ones to rip off the veil though. I suppose I’ll just add that to my already overflowing Jewish guilt bucket for now, tuck my son in, and quietly curse that jolly old elf.