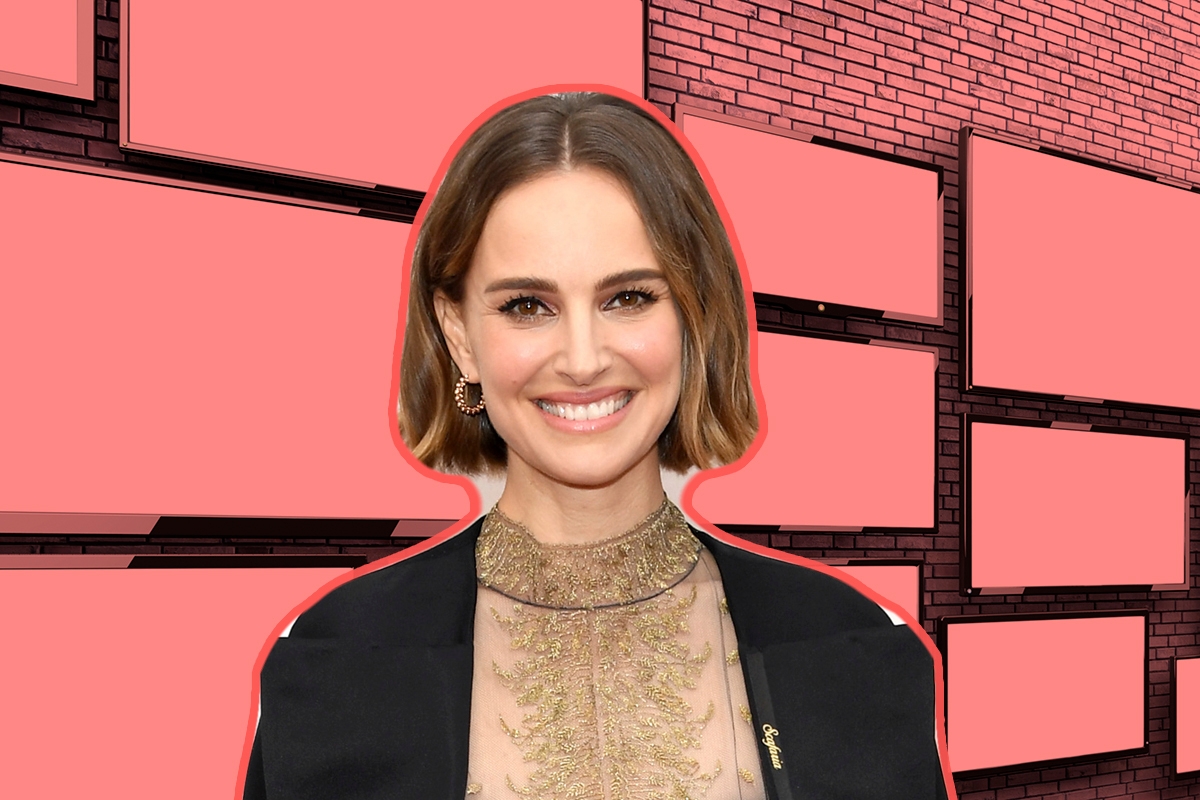 Well, I’m feeling pretty blessed right now. Just a week after learning that the uber-talented Shira Haas is going to star as Golda Meir in a limited TV series (which will be produced by Barbra Streisand, no less), I just discovered that my other Israeli fave, Natalie Portman, will be headlining a pretty Jewish TV show, too!

Here are the deets: Portman, who was born Natalie Hershlag (I just love her OG last name, OK?), will play Jewish housewife and mom turned investigative reporter Maddie Schwartz in an upcoming Apple TV+ series. The show will be directed by the gifted Israeli filmmaker Alma Har’el — and if you’ve seen Honey Boy, you know you’re in for a visual treat.

The series, which is based on Laura Lippman’s book Lady In The Lake, will take place in Pikesville, a very Jewish Baltimore suburb, in the 1960s. It will also star Lupita Nyong’o — andwe are beyond excited about Nyong’o being in the cast! (Yes, we mentioned Portman first because we are a Jewish publication, but, just so you know, in this Jewish house, we stan Lupita Nyong’o.)

Nyong’o will play Cleo Sherwood, “a hard-working woman juggling motherhood, many jobs, and a passionate commitment to advancing Baltimore’s Black progressive agenda,” according to Deadline.

These will be the first major TV roles for both of these phenomenal actresses, and it seems that both these roles are just so excellent, feminist, and spot-on for these two. Portman’s production company, Zusa, will also be producing the show.

Lippman’s Lady in the Lake has a deeply Jewish backstory. It was inspired by Herman Wouk’s Marjorie Morningstar —  which Lippman apparently re-reads every year — as well as and photos of an old Jewish summer camp that author Meghan Abbott sent Lippman. It was also inspired by two real murders, that of 11-year-old Esther Lebowitz, a young Jewish girl, and of a woman named Shirley Parker.

Lippman told NPR that Lebowitz’s murder was a big moment from her childhood in Baltimore. “I had known about the death of the girl who, in real life, was known as Esther Lebowitz since I was 10 years old. It happened when I was 10 years old. And when you’re 10 years old and an 11-year-old girl has gone missing and then found murdered a couple of days later, it makes a big impression on you,” she said in 2000, following the publication of the book. (Lebowitz’s murder was solved quickly, and her killer died in prison in 2016.)

The other case, though, the murder of a Black woman, Shirley Parker, whose body was found in the lake of the Baltimore Zoo — hence the title of the book —   was not one Lippman was familiar with, despite the fact that they happened around the same time.

“When I decided to write a novel set in the ’60s, I very much wanted to look at these two different deaths and how different they had been portrayed in media. And I was like, well, what could possibly tie them together? I didn’t want to create some huge coincidence. So I thought, well, a woman, an investigator, someone who cared about both deaths could be the thing that connected them,” Lippman said.

That woman is Maddy Schwartz, the character Portman will be playing in this new TV series. Schwartz is a divorced Jewish housewife who finds a passion for investigative journalism and works to solve the fictionalized versions of these two murders. What a thrilling role to jumpstart Portman’s TV career!

Honestly, a beautifully-shot detective show that tackles racism and sexism in 1960s Baltimore featuring a badass Jewish heroine (played by a Jewish actress — yes!) sounds like exactly what the doctor ordered.

There’s no release date yet for this exciting show, but you can bet we’ll keep our eyes peeled for any update about this thrilling new TV prospect. What a treat!