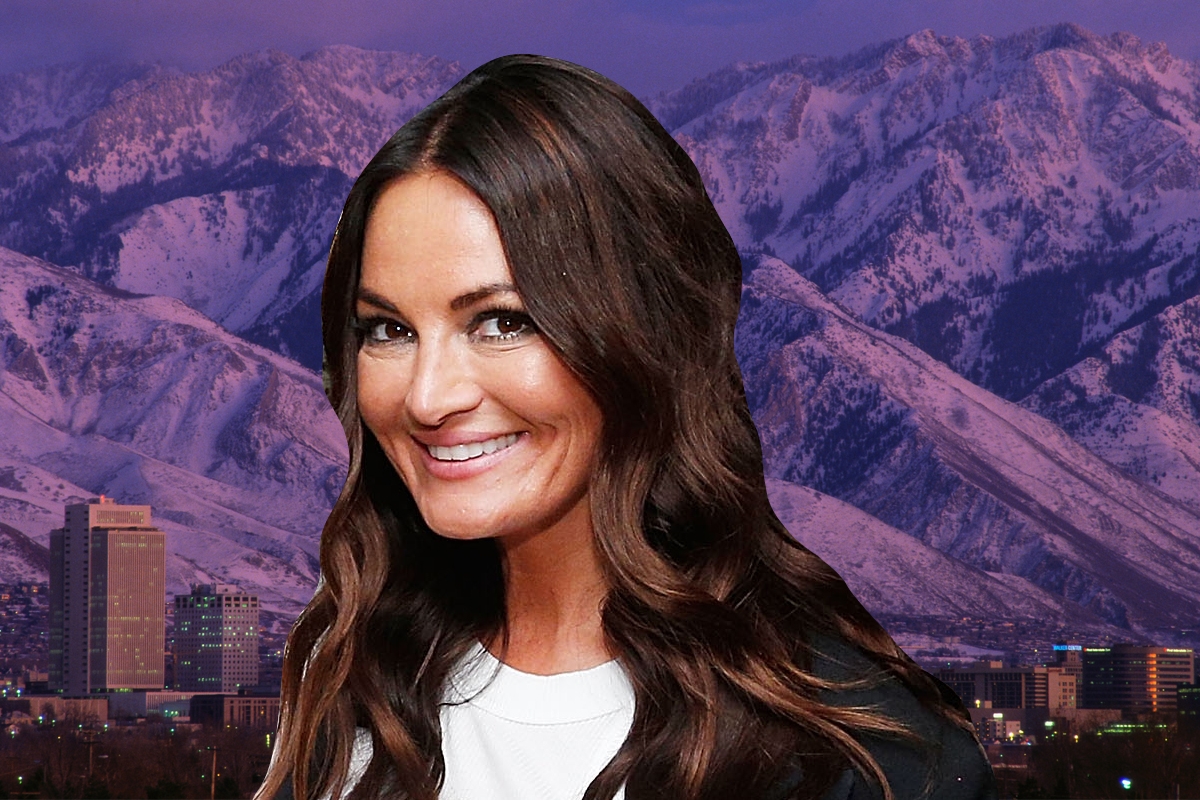 There is something unique about the Real Housewives of Salt Lake City, the newest installment of the hugely popular Bravo franchise created, in part, by the very Jewishly identified Andy Cohen (who is also the father of the supremely adorable Ben).

Of course, this being the Real Housewives, there are the usual excesses involving plastic surgery, fashion, and drama. But there is also a strong focus on religion, an element not nearly as pronounced in other Real Housewives iterations. Given the location of the show, it is no surprise that the Latter-Day Saint religion is the predominant (but not exclusive) faith being discussed while the cameras roll.

One member of the RHOSLC crew is Lisa Barlow, who was born Jewish but converted to the LDS Church in her youth while still living in her native New York. She calls herself “Mormon 2.0,” a concept she has popularized over the course of the show’s first season. But what, exactly, is a Mormon 2.0? Basically, it is a Mormon who is passionate about the religion and embraces its teachings and wisdom — without necessarily feeling a need to go all-in on doctrine and rules.

In Barlow’s case, it means she sees no contradiction between her faith and owning a liquor company with her husband, and indulging in alcohol, something that the Mormon faith prohibits. She also doesn’t display other qualities typically associated with Mormon women such as modest dress, submissiveness to her husband, and a single-minded focus on family.

In short, Barlow — like so many modern moms — is a workaholic whose loyalties and loves are split between business, family, and religion. She is Mormon but exclusively on her own terms. Barlow is clear that she loves her religion and is passionate about it, and yet she has the conviction to practice it her own way.

Like Mormonism, Judaism, too, has a lot of rules and norms. But one thing we can learn from Barlow’s Mormon 2.0 philosophy is that Judaism does not have to be an all-or-nothing proposition. It is possible to practice Judaism, and transmit Jewish tradition to your children, even if you are not following all the rules. This may sound like a no-brainer and yet, over the past year, during my countless virtual visits with rabbis and their congregants, I have heard stories of Jews who refrain from practicing because they don’t want to “do it wrong.” This, I feel, is a problem: We need to provide models of Jewish practice that combat this fear.

Jewish rituals can provide the basis for living a meaningful life, even if you don’t consider yourself “religious,” and even if these rituals are not performed in a way that completely meshes with the rules. The key is being thoughtful and intentional about which Jewish rituals you perform, and then practicing them as consistently as possible. For parents interested in passing Jewish tradition down to their children, the consistency is critical, and so is an emphasis on the joy these rituals can bring.

Take candle lighting at the outset of Shabbat. The Torah forbids creating a fire on Shabbat, so Jewish law requires that candles be lit before sundown. But many Jews — especially busy moms who are already overscheduled and exhausted by the end of the workweek — are often not available to light candles according to the prescribed time, especially in the winter when the sun sets early. But why miss out on this beautiful ritual that has the potential for infusing life with so much meaning? Although Jewish law requires lighting Shabbat candles, many people light candles for completely different reasons. For example, lighting candles on Shabbat allows individuals and families to create a designated space for personal reflection. It also provides an opportunity for thanksgiving, a feeling of being connected to the Jewish people, and passing down an age-old tradition that is authentically Jewish. For many Jews, these personal attributions can be more significant than the legal regulations about timing.

Lighting Shabbat candles after sundown is a perfect example of what I call “remix Judaism” — a way of practicing Judaism that “remixes” longstanding practices by infusing authentic rituals with personal meaning and even innovation. But just as Barlow has been criticized by more traditional adherents of the LDS faith, there are those who doubt the staying power of any remixed version of Judaism, arguing that complete fidelity to tradition is the only way to guarantee its transmission.

However, knowing that so many religiously liberal Jews feel a strong sense of connection and positive identification with Judaism, I am optimistic. For example, over the past year, many Jewish institutions have survived — and even thrived — by pivoting and creating 2.0 or remixed versions of their organizations. Consider streaming services on Shabbat, a practice many synagogues would never have contemplated prior to the pandemic. Yet, the availability of streamed services has resulted in greater attendance by members and others at many synagogues.

Barlow is not someone most would consider a role model for Jewish tradition, given that she is a Jew by birth but not by choice. Still, I think that her Mormon 2.0 brand can teach the majority of today’s Jewish families a lot about how to approach Jewish tradition. She is deliberate about her love for Mormonism but she embraces its tenets selectively, focusing on those that make her feel good about her religion and willfully ignoring the ones that don’t work for her and her family.

Many people believe that the home is the most important source of Jewish tradition. Parents who are intentional and thoughtful about crafting their children’s Jewish journeys, and who expose their children to a joyful, and consistently practiced Jewish tradition, can set the stage for a lifetime of love for Judaism.