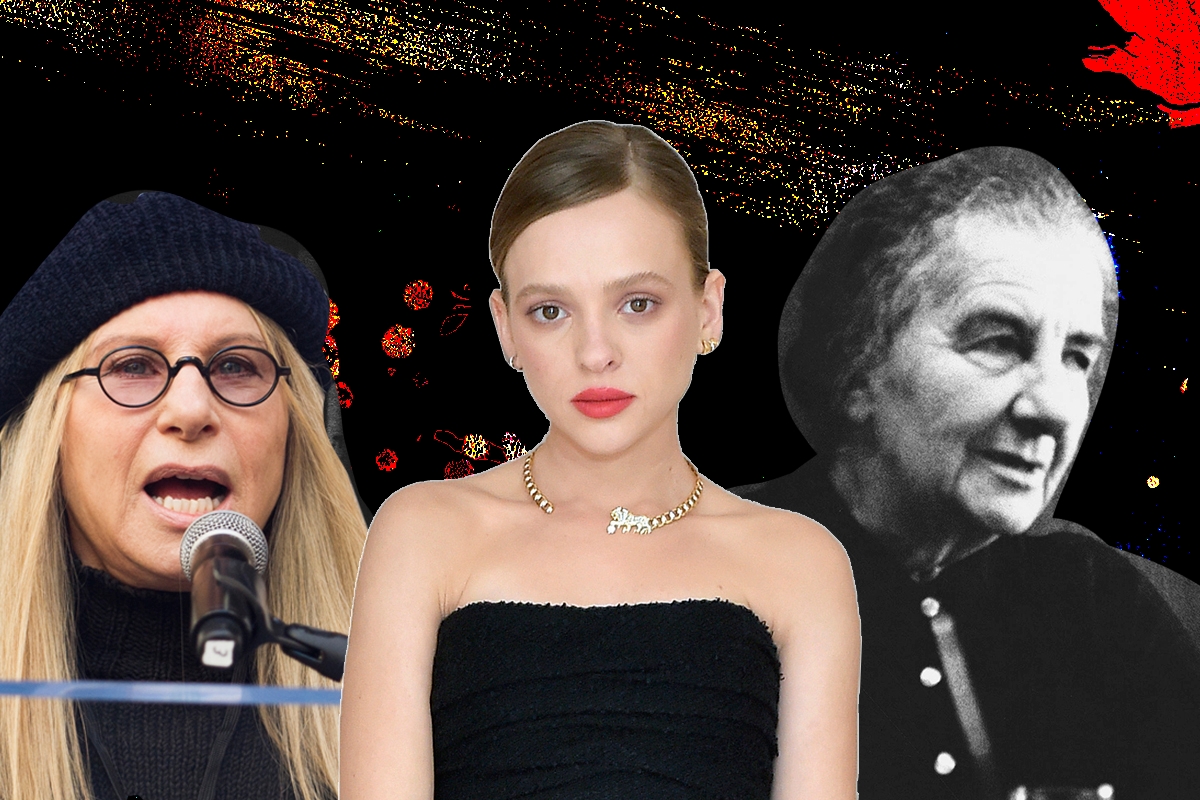 Sometimes, some news is just too good to believe. That’s exactly the case with this story, which we hope you’re sitting down for: Shira Haas, the beloved star of Unorthodox and Shtisel, is about to play Israel’s only female prime minister, Golda Meir, in an upcoming TV show named Lioness. And if that’s not enough, the show will be executive produced by none other than Barbra Streisand.

As incredible as this sounds, Streisand and Haas aren’t the only fierce Jewish women involved in this project, which will be produced MGM/UA Television. Mimi Leder, the acclaimed director, and producer behind shows like ER and The Leftovers, will direct and executive produce. This isn’t the first time Leder has focused her craft on legendary Jewish women — in 2018, she directed the Ruth Bader Ginsburg biopic On the Basis of Sex.

“I felt a real commonality with Ruth Bader Ginsburg,” she said about working on that film. “I would never compare my accomplishments with her, but we’re both women, we’re both Jewish, and we’re both mothers.”

Leder is the daughter of a Holocaust survivor from Belgium, whom Leder says raised her to be a feminist. We really can’t think of a better person to helm this show.

The show will be based on the critically acclaimed 2017 book, Lioness: Golda Meir and the Nation of Israel, by Francine Klagsbrun, a Jewish writer who has written about a host of Jewish topics and icons. Klagsburn is also “at the forefront of the struggle to have women ordained as rabbis in the Conservative movement and was the first woman to carry a Torah to the Western Wall in Jerusalem,” according to Deadline. We love us a feminist legend!

We are very much fanning ourselves over all these iconic women being involved in this show.

This isn’t the first TV portrayal of Meir, of course. Both Judy Davis and Ingrid Bergmann played her in the 1982 TV film A Woman Named Golda (a young Leonard Nimoy played her husband,  Morris Meyerson). Actresses Lynn Cohen and Tovah Feldshuh have played the pioneering prime minister on the silver screen, and both Feldshuh and Anne Bancroft also played her on Broadway. And last year, Meir even got an adorable nod from PBS on their show Xavier Riddle and the Secret Museums.

This TV show, however, is definitely the most star-studded, impressive, Golda-centric project to have ever existed. Haas (that’s Emmy and Golden Globe-nominated Shira Haas, for you!) is sure to bring us a fiery and passionate portrayal of the iconic woman who dedicated her life to the state of Israel.

Meir, born Golda Mabovitch in 1898 to a Jewish family in Kiev, was raised in Milwaukee. She moved to pre-state Israel in 1921 with her husband and settled in a kibbutz. Meir was a member of the Mapai party, and after Prime Minister Levi Eshkol died suddenly in 1969, the party elected her to become the Prime Minister of Israel. She became the first (and unfortunately, only — so far) woman prime minister of the country, and made history as the fourth female prime minister of the world.

Meir resigned from the premiership in 1974, after the tragic consequences of the 1973 Yom Kippur War were blamed on her. She died of cancer in 1978.

Meir is hardly an uncontroversial figure. Some have dubbed her Israel’s “Iron Lady,” and many blamed that icy demeanor for Israel being unprepared for the Yom Kippur War. And Meir was also not exactly an avowed feminist — throughout her life, she rejected the feminist movement, even when she was a feminist icon to so many.  Still, it’s undeniable that she is a woman who made history, and whose life story is a fascinating and illuminating one that’s well worth a deep dive.

Lioness has yet to be sold to any specific TV channel or streaming service, but given this incredible team, we have to assume the offers are already pilling up.

This is one TV show we truly can’t wait to binge on. Let’s hope it doesn’t take too long to go into production!