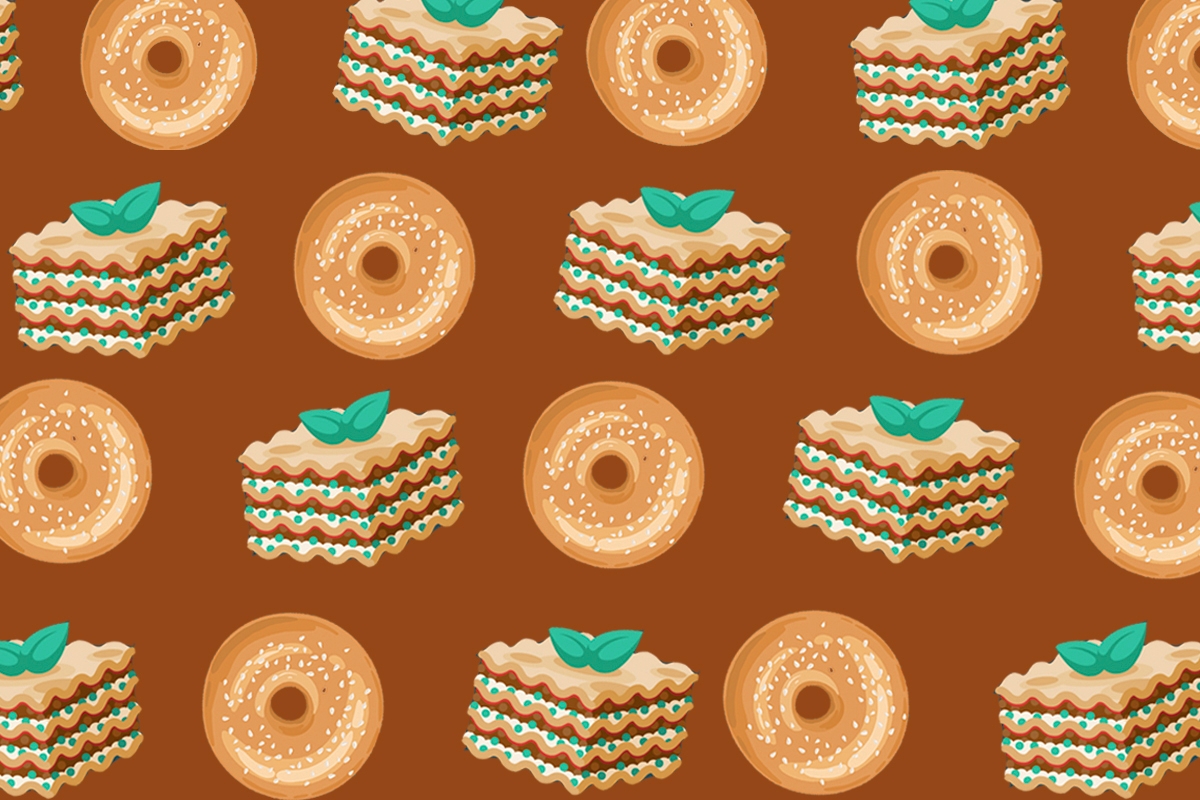 “Happy Yom Kippur!” my mom shouted on speakerphone to my fiancé and his family.

We were staying at my future in-laws’ Long Island home, and everyone was exhausted from fasting. Insecure about not being Jewish myself, I longed to prove I was the perfect daughter-in-law-to-be. But I was the odd one out because I’d broken the fast earlier with a Power Bar to stave off a migraine. I’d also asked why the light switches were taped to the “on” position. My fiancé explained that this peculiarity reminded them to abstain from work, a rule of Jewish law.

“Turning on a light is work?” I asked.

“The Torah prohibits igniting a fire on Shabbat or Yom Kippur,” his dad chimed in, eager to teach me the tenets of their faith.

“Oh,” I said, pretending to understand.

I shut off the speakerphone and walked into the kitchen to finish my phone conversation, trying to play down another awkward moment — although it was impressive that my Italian mom could embarrass me all the way from Staten Island.

“Yes. But it’s a day of atonement.” I explained that Yom Kippur was a bit like Reconciliation, the Catholic sacrament, but consolidated into one day. It’s a somber time during which Jews avoid eating and drinking to demonstrate the extent of regret felt for those they’d wronged.

My explanation helped my mom understand. Still, the idea of a holiday being solemn was contradicted by our household’s joyful celebrations overflowing with lasagna, laughter and the ability to turn light switches on and off. The closest comparison I could offer was Holy Week; although Good Friday is a mournful day, when we visited the church to ponder Jesus’s crucifixion, it only requires abstention from meat. The real focus centered on Easter Sunday, when, after mass, we engage in a gleeful celebration to commemorate Jesus’s resurrection.

Lasagna has been a holiday staple in my family for several generations; I think the tradition originated with my grandparents, who grew up during the Great Depression. Meals containing expensive ingredients like meat and goat’s milk cheese didn’t come cheap, so this delicacy was reserved for major celebrations when the extended family gathered. More recently, lasagna became a staple ingredient in any affair hosted by my mom, as a way to honor her late father, my Grandpa Tony, and our Italian heritage.

My husband and I are married now and we have three kids. Though I didn’t convert, we agreed to raise our kids in the Jewish faith so they could gain a strong moral foundation. We joined a Reform temple that recognizes them as Jewish, even though I’m not, and they attend Hebrew school there. My oldest has already become a bat mitzvah and my other two are on the journey.

Although my kids haven’t studied Catholicism, we’ve taught them that because Christianity is rooted in Judaism, both faiths share similar values — to be upstanders and make the world better. (The biggest difference is one of opinion: Christians believe Jesus was the messiah while Jewish people are still waiting for him/her to arrive.)

And although I’m fully on board with having my children identify as Jewish, it’s sometimes difficult for me, let alone my side of the family, to grasp the intricacies of Jewish law. There are unfamiliar rules to follow, and my husband’s family has adopted some rather stringent traditions, like keeping glatt kosher for the week of Passover, even though they aren’t Orthodox.

Regardless, we’ve endeavored to be super-inclusive to both sets of relatives, hoping to teach our kids tolerance. Over the years, we’ve invited grandparents to all celebrations, whether Jewish or Christian. On Passover, my parents clap along while we sing a spirited “Dayenu.” We erect a tree and host a secular Christmas Eve party, to respect my traditions, and my husband’s family joins us as we track Santa’s progress online, reveling in the kids’ joy as they anticipate his visit.

Yom Kippur always felt different, though. Because of its serious nature, I felt uncomfortable inviting my side of the family. They would’ve passed out at the thought of fasting for 25 hours. The long stint at synagogue, followed by the dairy break-fast meal — bagels, lox, egg salad and challah French toast — for sundown consumption, always seemed tedious to explain.

But then, a few years ago, on the evening of Yom Kippur, the kids asked, “Who’s coming tomorrow?” They were unaware that we’d found ourselves without guests for the break-fast, as my husband’s family’s strict observance didn’t allow them to drive and we couldn’t travel because it was a school night. We’d lived as expats in London for a while without extended family, so our children cherished being with loved ones.

“What if we invite my parents?” I asked my husband.

Surprised, he stared at me, then smiled. “Sure,” he said. “Just tell your mother that the lasagna needs to be meatless.” (Although our home isn’t kosher, my husband eats kosher-style for Jewish holidays.)

“What can I bring?” my mother asked when I invited her. I told her that she couldn’t bring her party staple because it didn’t mix with the kosher fare. That seemed easier than changing it, although putting the kibosh on the most significant way she showed love felt cruel.

The next day, after services, I prepared the spread since I only quasi-fasted, and I allowed myself to work. But I couldn’t shake feeling guilty about forbidding my mother’s Sicilian delicacy. To make up for it, I cooked an online recipe — an amalgamation of gooey cheese, bread and wine — but it was no replacement.

“Unhappy Yom Kippur,” my mom said when we opened the front door. That perseverant woman shoved an aluminum tray into my hands.

“It’s a meatless lasagna. Eat it tomorrow when the holiday is finished.” She crossed the threshold with a bouquet. “I’ll get a vase.”

When the sun finally went down and it was time to eat, I was compelled to include the lasagna. It felt right and it would make her happy. Plus, there wasn’t a Jewish law prohibiting it.

“Thank you,” my husband said to my mother, retrieving a piece. It was ironic that he was the only one breaking a bonafide fast. But since my family always scarfed down food as though they’d fasted for a day, he was in good company.

“Delicious,” my dad said, eating a bagel and lox, enjoying it most.

Later, we watched him pull a coin from my littlest one’s ear, and my eldest read a picture book to my mom while she washed dishes. My husband and I shared a glance, both of us realizing that above all else, they were happy to be with their grandchildren and content to be eating, or not eating, lasagna. It was making memories that mattered most.