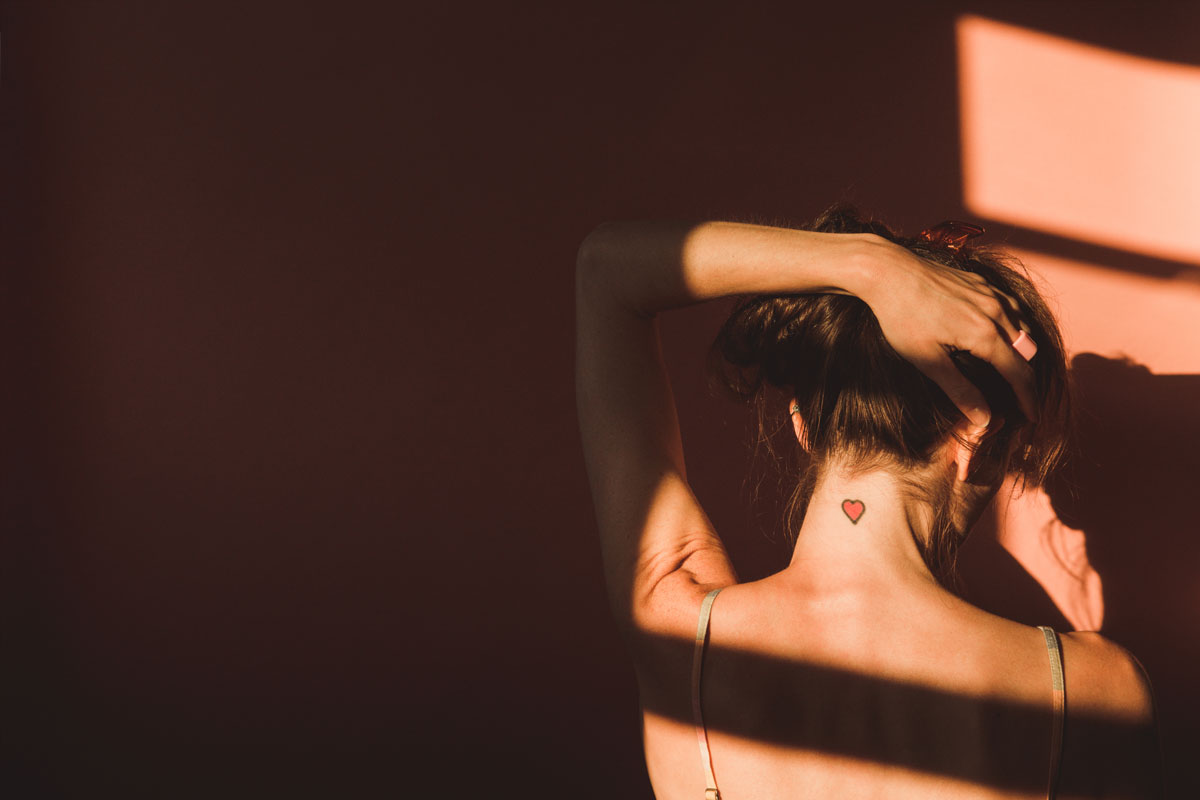 My snuggly little pug would not go near me for an entire day. No amount of leash dangling or treat-box shaking would bait her. There was a sudden air about me that she did not like or trust, and I didn’t understand. It was a mystery that was solved promptly that same afternoon. At a routine 32-week checkup, my OB couldn’t find my baby’s heartbeat. After an agonizing 30 minutes of waiting on an ultrasound, it was official: My baby was dead, and my dog had known before I did.

As a pet owner, I was horrified. As an experienced doula and yoga teacher, I felt betrayed. Why hadn’t I felt or sensed what was happening in the micro-universe of my body? I couldn’t look in the mirror. I didn’t want to answer texts or scroll through social media. I was stuck on the couch grieving and healing from all the natural postpartum bodily functions that still happen after a stillbirth, like bleeding and milk coming in. I felt like I was drowning and not equipped to survive this increasingly violent and uninhabitable world.

So I turned to Judaism, for the first time, for comfort and answers. In order to survive this loss (and future tragedies), I would need to find a way to be kinder to myself.

The idea of compassion is not new to Judaism. If we look all the way back to the Talmud, rabbis considered compassion an integral part of being Jewish, so much so that they referred to God as Rahamana, an Aramaic word meaning “the compassionate,” which originates from the word rehem, “womb.” The Talmud states that we are “rachmanim b’nei rachmanim,” compassionate children of compassionate ancestors. That means we have been called, over and over, to be compassionate to other humans, animals and our earth (this idea is neatly summed up in the Zohar iii. 92b). Compassion isn’t just a fabric of our being; it is one of the three most important qualities of being a Jew. So why, as a Jewish woman, was it so hard to turn that compassion on myself?

It turns out self-compassion is actually really, really hard in practice because it goes against the contemporary idea of the Jewish mother being someone who can carry all the weight of her family and then some. Yiddish captures this concept well — the feeling that on top of having a successful career, you must also be a flawless wife and mother who never cracks and never tires or asks for help: Balabusta Syndrome. As a Jewish mother, I learned that I held myself to this impossible standard that was only mildly sustainable until I hit a major life tragedy.

Contemporary self-compassion expert Dr. Kristin Neff agrees that what keeps us from being compassionate to ourselves is perfectionism. “Instead of mercilessly judging and criticizing yourself for various inadequacies or shortcoming[s], self-compassion means you are kind and understanding when confronted with personal failings — after all, whoever said you were supposed to be perfect?” It turns out self-compassion is hard because it requires us to see ourselves from afar, the way our friends and family do. Having that distance takes time but it’s also a practice.

Self-compassion requires us to speak kindly to ourselves, be forgiving and not too judgmental, and not cling too hard to the horrible events that are mostly out of our control. Though we have agency and can enact meaningful change that prevents most gun violence and some death and disease, many horrific events are outside of our control. They are set into motion by different factors that we are a small part of — but not in control of. It was easy for me to see that I could not prevent a grocery store shooting several states away, but it was nearly impossible for me to expunge myself of the guilt that came from my own 32-week loss. It took practice and was uncomfortable at first.

Self-compassion meant sharing my stillbirth story and honoring what I had gone through as a major life tragedy, but not the main event. I was still a mother to Ivy, a wife, a published poet, a yoga teacher, a contributing member of my small community. At the same time, it meant talking about Fox as though he was a member of the family because he was — despite how crazy it made us feel. Ivy was still a big sister, and we wanted to integrate his existence into our lives without clinging too hard to it. Self-compassion required me to be aware of my thoughts and feelings and toss out the guilt, perfectionism, shame, judgment, and stigma.

When I think of compassion, I almost always think of Passover, “for you were a stranger in the land of Egypt” (Deuteronomy 10:19). It is vital to remember that in holding space for others, we are also honoring our own hardships past and present, personal and collective. Once I accepted that I was not the only person grieving and that my whole narrative was not defined by my pregnancy loss, it became easier to be kind to myself. After all, there is no perfect person in the Torah. I am good enough.