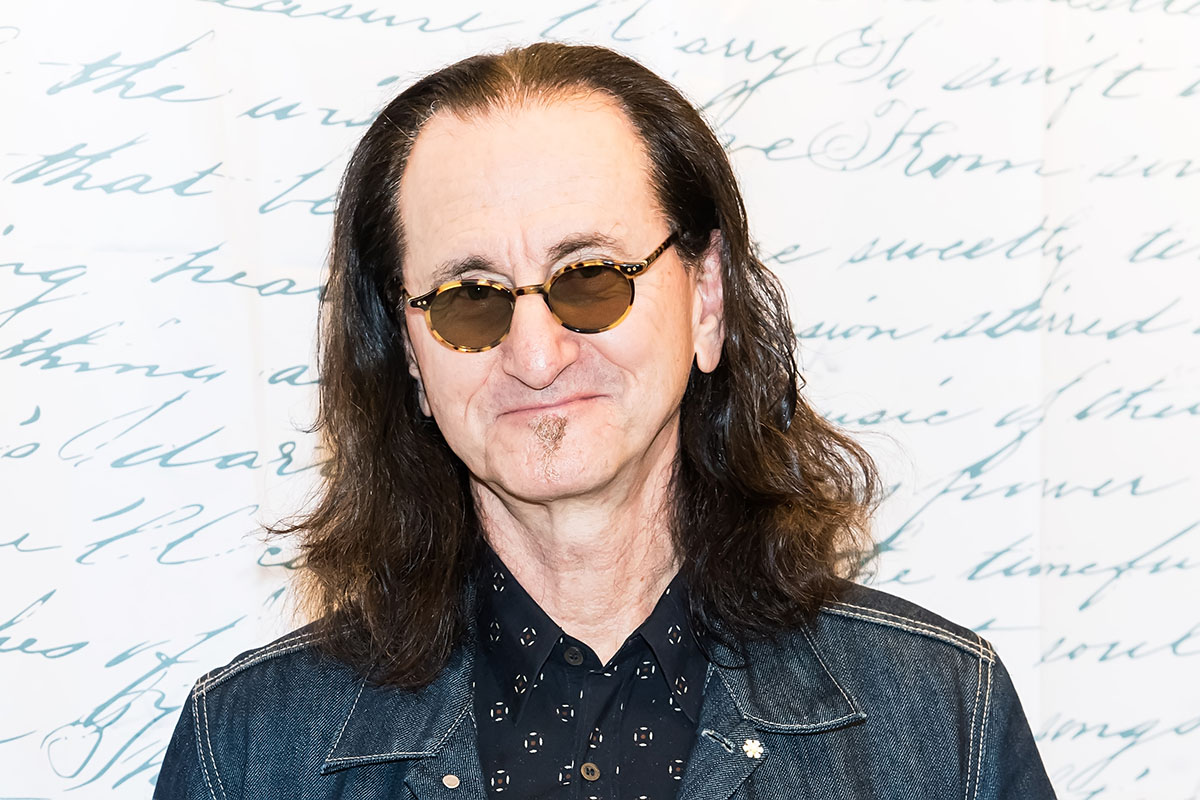 Our deepest condolences go out to Rush lead singer and legendary bassist Geddy Lee, whose Jewish mom, Mary Weinrib, passed away on July 2, 2021. Weinrib, who was set to turn 96 on July 16, was not only a massive supporter of her son’s music career but she was also a Holocaust survivor.

In a moving tribute on Instagram, Lee shared a brief synopsis of his mother’s incredible life — including how she survived Auschwitz and loved to cook for family on the Jewish holidays — as well as a lovely snapshot of the pair outside together on a sunny day.

According to her obituary, Weinrib was born Manya (Malka) Rubinstein in Warsaw in 1925 and grew up in a nearby Jewish shtetl. Once Germany occupied her home country in 1939, she was eventually sent to a labor camp in Starachowice, and then later, Auschwitz. It was there she met Morris Weinrib, her future husband, whom she reunited with after being liberated from Bergen-Belsen in 1945. In 1946, the couple emigrated to Canada, where they started their new life.

When Weinrib’s husband (and Lee’s father) died suddenly in 1965, she was tasked with raising three young children all by herself. Weinrib eventually took over Times Square Discount, the store her husband owned and managed outside Toronto. Weinrib worked there until she retired — but not without actively (and fervently) supporting her rockstar son.

In the recent Paramount+ series “From Cradle to Stage” — an incredibly moving show led by fellow rockstar Dave Grohl, about musicians and the impact their moms had on their lives — Lee describes what an inspiration his mother was to him while growing up: “I saw how hard my mother worked to keep my family together.”

In a clip of the episode — the final episode of the season —  Lee shares what it was like growing up the child of Holocaust survivors. Virginia Hanlon Grohl (that’s right, Dave Grohl’s mom!) then asks Weinrib if she ever expected any of the fame that Lee and Rush achieved over the past 50 years. Weinrib responds, “Are you kidding? No! No.”

Touchingly, Weinrib promoted her son as best as possible in his early days in Rush. As stated in her obituary: “Mary was an early supporter and a fixture at Rush concerts. When the first Rush album was released, Mary plastered the windows of her store with Rush posters and gave albums away to any kids who wanted them but didn’t have the money to buy them.” What a mensch!

As for Lee, he was born Gary Lee Weinrib in 1953 in Toronto. According to JWeekly, Geddy became his stage (and later, legal) name as an homage to his mother: her strong accent made “Gary” sound like “Geddy,” and the name stuck. Lee was raised Jewish and even had a bar mitzvah — just years before he dropped out of high school to focus on making music. (Every Jewish parent’s nightmare, perhaps? But in this case, it really worked out!) Rush first formed in 1968, with Lee playing bass and singing lead vocals. In 1974, the power trio — which included Alex Lifeson and Neil Peart — debuted their first, self-titled album and, well, the rest is rock n’ roll history.

In a recent interview with The Globe and Mail, Lee shared an anecdote about seeing his mother up front and center while at a show. As a Yiddish-speaking suburban mother of three sitting in the front row, she was, as he says, “hard not to notice.” At one point, upon being passed a marijuana joint, she politely gave it to her daughter assuming it was for her.

“Cherishing her family above all,” is how Weinrib is described in her obituary. “Preparing family meals at Rosh Hashanah and Passover was a large-scale labor of love,” it notes, adding: “After full days running the store, Mary would cook and bake over several nights, making everybody’s favorite dishes and desserts.”

Weinrib was truly an incredible Jewish mom who faced the odds and persevered in the face of hardship and persecution. As a part of her legacy, the family has directed donations to the Friends of Simon Wiesenthal Center for Holocaust Studies. May her memory be a blessing.