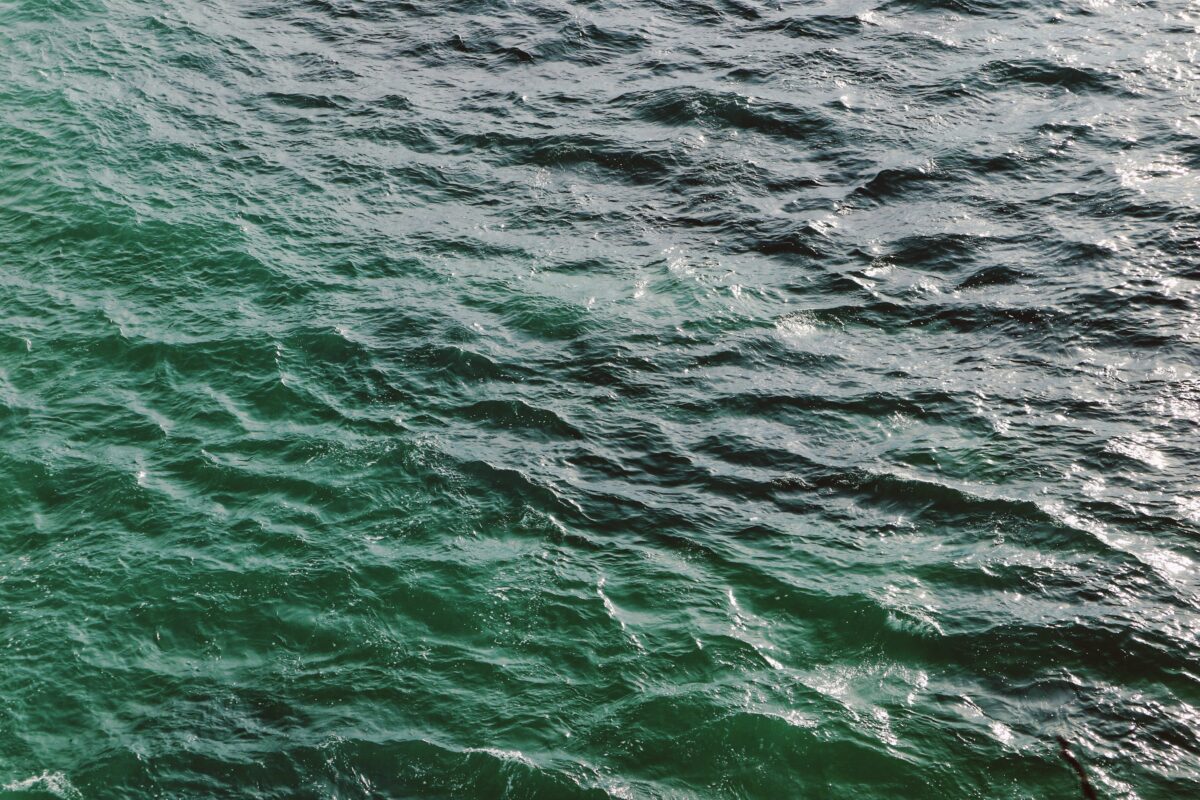 This morning my siblings and I scattered our mother’s ashes at the end of a white sandy beach overlooking the turquoise water in Carmel-by-the-Sea.

Months before her death, at age 90, my mother called the five of us together and, in an uncharacteristic act of self-assertion, said, “I want to be cremated.” My siblings and I began talking over and under each other, a vocal game of Twister. “Cremated? Mom, that’s not even Jewish,” and “What about the rituals…?” and “Have you thought this through?”

I flinched at the image of my mother’s body being reduced to ash like so many Jews before her in the death camps. She was the first person in our family to turn her back on burial. We weren’t a religious family but we were traditional and, according to Jewish halacha (law) and tradition, cremation is not only considered destruction of property but, because the soul takes three to seven days to leave the body, cremation is believed to cause pain to the dead.

“I don’t want you kids feeling burdened. You’d have to schlep to the cemetery to visit me.”

When my father had died 30 years earlier, my brother purchased side by side burial plots in the Jewish section of the cemetery near their house. We’d assumed that she would take her allotted place when the time came. I had no objection to visiting a gravesite, a touchstone where I might feel my mother’s presence, sense my parents together.

“Scatter my ashes in my three favorite places and be done with it.”

“Mom, talk about schlepping!” I protested, though I knew her reasoning. A piece of her heart had always been in Israel with her dearest childhood friends with whom she and my father had intended to make aliyah in their 20s. Instead, they landed in California. As for the local ash distribution, my parents passed many memorable weekends in the charming coastal towns of Carmel and Mendocino.

“Don’t you want to be next to Dad?” my brother asked.

“Ach.” My mother’s arms formed into rigid goal posts. That’s when I knew we’d been defeated. My mother, for whom decorum was supreme, who had lived by the motto, I will never let them see me with my slip showing, had ceased to care what anybody thought. Against numerous and complex odds, she’d been the poster wife to my wild-card father for 40 years. His death had been an opportunity to shed her skin, cast off the shy, silent woman who walked in her husband’s larger-than-life shadow, step into her identity and now, demand a postmortem divorce. I should not have been surprised considering that six months after his death she told me, “There are things your father did that I’ll take to my grave.”

Cremated she was, and Arla, my older sister, who cannot part with the urn, began doling out fine gray ashes, one teaspoon at a time. Baggie by baggie, my siblings and I traveled with her. She went to Israel with my brother and his wife, settling like fairy dust on the sandy shores of the Mediterranean. My children and I took her to Mendocino, where, standing on a bluff, we watched charcoal fragments dance in the wind. And earlier this morning, the five of us set her free in Carmel, where my parents spent their final day together 30 years ago, before the car accident that took my father’s life.

Christmas day 1982, my parents took an impromptu trip with my mother’s best friend from childhood Lakey and her husband Nat. On the way to Big Sur, they stopped for lunch at Nepenthe, an iconic restaurant overlooking the ocean. The Santa Lucia Mountains to the east and the Pacific to the west. I picture my mother ordering a gin fizz and my father an extra spicy Bloody Mary, plus an order of fries and fresh fish sandwiches. After lunch, my father, who was legally blind and unable to drive, insisted my mother hand over the car keys to Nat.

It was a sunny day, little traffic. My father napped in the passenger seat. From the back, my mother watched the snaky road, then dozed off. None of them were wearing seatbelts. The car swerved. She sat up. “Is everything OK?” were her first words, her last memory. By the time my brother got the phone call, my mother, Lakey and Nat were in critical condition in the ICU.  My father had died instantly when they hit a tree. The doctors assured us he’d felt no pain.

There was no time to say goodbye, make amends or consolidate the clutter. No discussion of insurance, last wishes or letters left behind for us to read in his absence. When he was only 61, my father stunned us all by being mortal. My brother hustled to purchase a plot at the Home of Peace cemetery in San Jose. It made sense to reserve a companion grave, or perhaps the cemetery offered him a two-for-one deal.

The rabbi, who was especially close to my father, had the unbearable task of two funerals in one day: a private bedside service with my mother who, though conscious, remained in critical condition in the hospital, followed by a graveside service for my father. Rain fell, persistent. The rectangular box dropped into its resting place with a heartrending thud. Or was that the sound of my heart breaking? As we recited the Kaddish prayer, I summoned the melody of my father’s lush laugh, imagining his sturdy arms around me.

After we scattered our mother’s ashes, my siblings and I went to Nepenthe for lunch. A replay of our parents’ final moments to lull us into forgetfulness. My younger sister Eve said, “I dreamed last night that Mom and Dad were swimming in the ocean. Side by side.” She lifted her glass.

Along the northern California coast there is always the risk of blinding fog. But that afternoon was blue-sky clear. A ribbon of white foam hugged the shore. Seagulls squawked and swooped. The waitress poured a beer for my brother. I sipped my Bloody Mary, so spicy it set my tongue on fire, and pressed a French fry into a dollop of ketchup. If only I felt unwavering faith, instead of the gemischt of maybe, could be and might have been that defined my meager collection of beliefs. I would never know the severity of my father’s sin, the classified information my mother clings to in her urn. I have made peace with my father’s dark side.

From my perch 800 feet above the Pacific, I scanned the ripples for two spirits swimming through a tangle of driftwood and kelp. How many strokes to reach the other side? How many repetitions before swimming in sync? My mother’s white flowered bathing cap and graceful breaststroke; my father crashing through waves in gotta-get-there free style, his once cloudy eyes now clear. Beyond burial plots and urns, I spotted my father, surrounded by bursts of light and my mother, pressing a tiny note into the ancient stones of the Western Wall in Jerusalem.