The 8 Best Purim Parodies of All Time 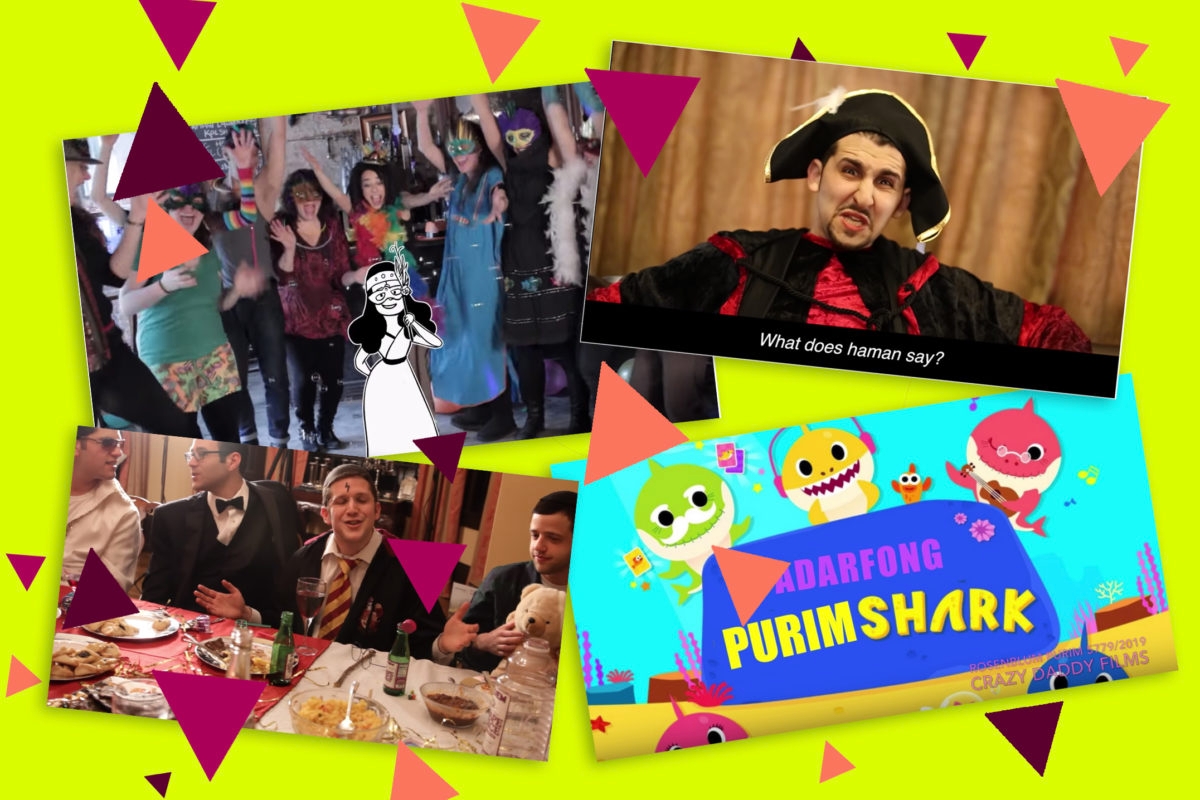 Purim is here, which means it’s time to party! The holiday celebrates Queen Esther and her uncle Mordechai, who saved the Jewish people of ancient Persia by foiling Haman, the king’s grand vizier, who was plotting to annihilate them.

And so, we celebrate by dressing up, eating hamantaschen, reading the Book of Esther, booing Haman’s name, and drinking abundantly (well, that’s just for adults, and certainly not while we’re caring for the little ones).

Another holiday tradition is producing a Purim shpiel, humorous plays based on the Purim story. And what better way to humorously retell the story of the holiday than with wonderful YouTube parody videos! I’ve scoured the internet for the best videos, and found a lot of truly fun songs that channel the joyful nature of the holiday and, yes, help educate us about it on the way.

Michelle Citrin brings us this infectious Purim tune to the melody of “Jump in the Line,” popularized by the amazing Harry Belafonte. It’s a delightful video, and yes, (finally!) we at Kveller are always stoked about a wonderful Purim parody by a female performer! I love everything about this video, from the wonderful song and dance to the great animation. The lyrics reminds us that the moral of the megillah “is stand up for you feel, and if you try to kill us, we’ll boo your name, and make a Purim spiel!” This song will make you shake your grogger and your booty!

No Jewish parody song listicle is complete without a Maccabeats song. Appropriately based on “Raise Your Glass” by our favorite Jewish mom, Pink, this cover tells the story of the holiday and features some adorable costumed kids in the role of the megillah’s heroes (and villains). And while the song celebrates raising your glass, the band also urges, “don’t drink like a fool!”

This Purim parody is just as ridiculous and catchy as the 2013 Norwegian parody song it was based on “The Fox (What Does the Fox Say)” by the comedic music group Ylvis. In addition to some some A+ costumes (no fox costume in sight, though), this video features great vocals, ridiculous dancing and nighttime snow scenes that make me cold just watching.

Shir Soul brings us this fabulous cover of two classic Purim songs, “Chag Purim” and “Mi’Shenichnas Adar.” For whatever this parody video lacks in production value, it makes up for with great vocals and a lot of enthusiasm. They’re truly a talented bunch!

“Why are there so many songs about haman?” Kermit asks in this parody by Temple Israel in Michigan, to the tune of “Rainbow Connection.” It also features the Cookie Monster jamming (and vying for hamentaschen), and Kermit reading the megillah. It’s pretty amazing all around.

This parody of “Ex’s and Oh’s”! by Elle King, starts with Vashti, who many argue is the true heroine of the Purim story, telling her side of the Purim story.  It shows King Ahashverus looking for his next bride on NotJswipe because, as the lyrics of the parody reminds us, “he’s got no clue, Esther’s a Jew!”

Following the Maccabeats’ “It’s Shabbat,” there is a  new Jewish “Baby Shark” parody in town. The Rosenblum family has a yearly tradition of creating a Purim parody, and this one takes on the most infectious kid song of the year (years?). As a bonus, it’s a great way to help your kids remember the Purim story, reminding kids that “Haman, was so mean, boo boo boo boo boo boo! To kill the Jews was his dream.”

Not to be outdone, Jewish a cappella darlings Six13 — who created the smash “Bohemian Hanukkah” — made a simple version of the children’s ear worm. We found a low -quality (but sweet!) video of it on YouTube, but you can really get the gist. I will be going into every Purim party singing “chag Purim, doo doo doo doo doo!” from now on.

Y-Studs just came up with this joyous cover of “Mahapecha Shel Simacha“ (“a revolution of happiness”) by Lior Narkis and Omer Adam, just in time for Purim, and while it’s not explicitly about Purim, it does features the band dancing in costumes and makes for a fabulous part of any Purim party playlist.