My Own ‘Unorthodox’ Life Is Nothing Like the Netflix Series 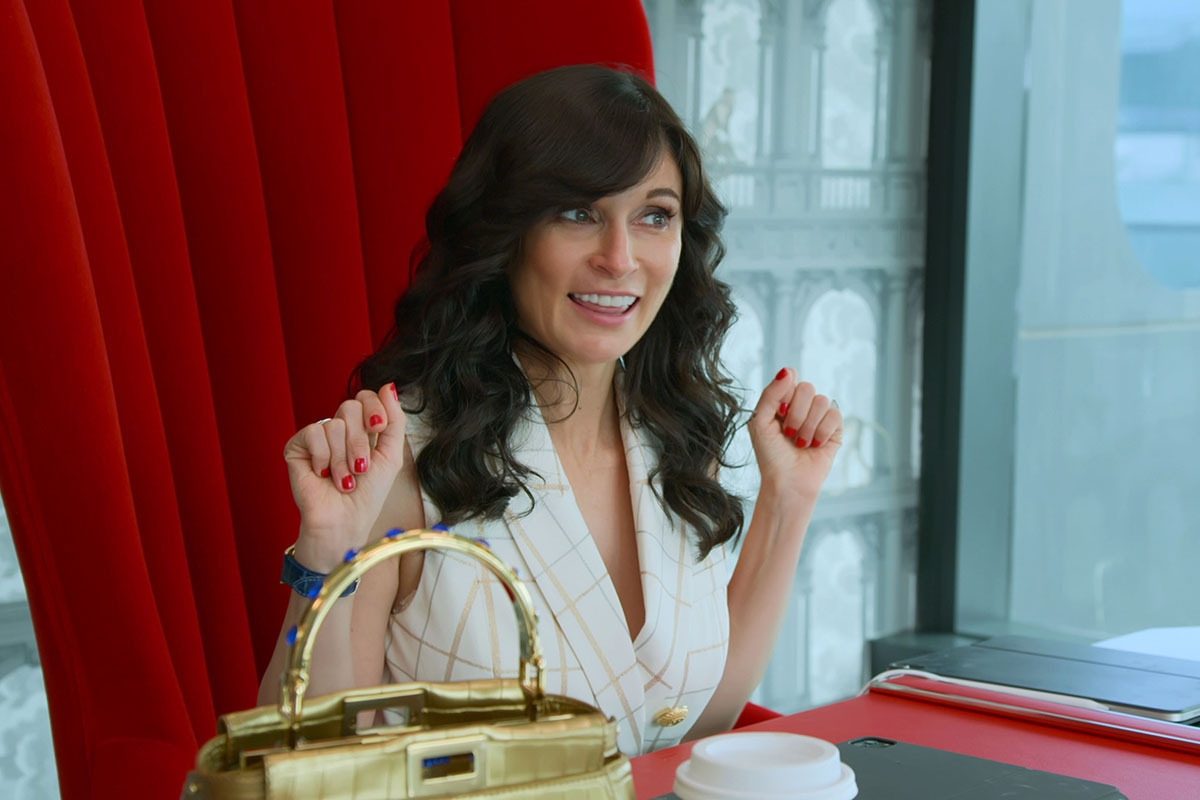 Julia Haart stars in "My Unorthodox Life." Courtesy of Netflix.

When I started becoming less religious in my 20s, I thought maybe there was a book in it. There was so much to unpack: the guilt I felt getting into a car on a Saturday afternoon, my stomach issues when I first began eating non-kosher chicken, my anger at a boyfriend who wanted to keep the fridge light on for the entirety of Shabbat.

I’d ask my bordering-on-ultra-Orthodox father provocative questions — “Would you rather I be happy or keep Shabbat?” — which his bordering-on-genius, Talmud-trained brain couldn’t even compute. “What kind of question is that?” he told me. “You can’t be happy without Shabbat. And also, Judaism is not about the pursuit of happiness, anyway.”

It took me about a decade to go from identifying as modern Orthodox to what many of my friends on the same journey called “ex-Orthodox,” or “XO” for short.  But, in the end, I realized that none of it was that exciting for outsiders. Unlike ultra-Orthodox people who left their communities and call themselves OTD (for “off the derech,” or path), my journey did not include ripping off a wig like Leah Lax recounts in “Uncovered: How I Left Hasidic Life and Finally Came Home,” or losing custody of my five children like Shulem Deen in his fabulous memoir, “All Who Go Do Not Return.”  Coming from an excellent co-ed religious high school, I did not have to learn English or math like many members of Footsteps, an organization that assists Jews who left the ultra-Orthodox life.

No, my stomach problems — likely caused by GERD and not my first forays with treif food — and my family that still talked to me would not make for dramatic reading or riveting television.

In other words, my journey was not like the one depicted in the Netflix hit “Unorthodox,” or its new, reality show equivalent, “My Unorthodox Life,” a nine-episode series about a mother of four who left her ultra-Orthodox community and became “one of the most powerful people in the fashion industry,” according to her press.

Julia Haart left the community of Monsey, New York — which isn’t Hasidic but the slightly less insular “yeshiva-ish” stream of Orthodoxy — at 43, and then somehow founded a shoe company, took over a modeling agency and now runs a fashion brand as well.

If you want to learn more about this frum-to-fashion story — how a woman managed to leave this community with her children and become a millionaire — you’re not going to find it in “My Unorthodox Life.” (It may be in her memoir, Brazen: My Unorthodox Journey from Long Sleeves to Lingerie, out from Hachette next March.)

Instead, we basically see their lives now: Haart running her company, putting on fashion shows and dealing with crises like schedule conflicts with Jewish holidays. We also witness the challenges her children face: Her eldest, Batsheva, who married four days before Haart left Monsey, is trying to become more modern by doing things like wearing pants, even though it makes her husband uncomfortable. (Oddly, he doesn’t mind her micro-miniskirts, or sitting in bed on camera with his shirt off.) Her son Shlomo, dating for the first time, must navigate being a virgin in today’s world, figuring things out like how to unhook a bra. Rebel daughter Miriam likes to show off her latest relationship (“I’m bisexual”) by making out in public, and her big struggle is that she wants to take on the Haart name. (“Your father is going to go fucking ballistic,” says mom.) But then we meet Haart’s religious ex, Yosef — who seems to be a lovely and kind father from the same world as mine. He only wants what is best for the children and… WOMP WOMP.

Where is the drama? Yes, the two sisters clash because Batsheva thinks Miriam is “going through a phase” regarding her bisexual identity, and Miriam thinks “Bat’s” husband is holding her back, but… as one reviewer on IMDB said: “Just all around boring … So over done and trying way to [sic] hard to be a cheap kardashian wanna be knock off.”

I have a lot of questions about the show, not just about how Haart — a rather tepid character, like a staid Patti Stanger from “Millionaire Matchmaker” – made her money. For example, why does Batsheva wear poofy off-the-shoulder Sweet 16 dresses circa 1990? Why does Julia send her youngest, 13-year-old Aron, to what she calls a “fundamentalist summer camp” and then lament his “regression” when he wants to keep kosher and not talk to girls?

My biggest question, though, is why we learn so little about their previous religious life. At least in the drama “Unorthodox,” we see Esty’s restrictive life in Williamsburg, so we can understand why she flees to Berlin. But in “My Unorthodox Life,” the only way to understand the family’s earlier religious life – there’s very little footage — is through what they say about it. And none of it is good, of course.

“Women in our community are second-class citizens. We only exist in relation to a man,” Haart explains in the first episode. “A woman can’t sing because a man might get attracted to her. You can’t ride a bicycle because your knees might show and some man might have bad thoughts about her. The women in our community were covered from head to toe, and it was your mother’s responsibility to teach you modesty.”

Orthodox commentators already have knives out for the series. Avi Shafran called it “the latest triumph in bashing Orthodox Jewish observance” in The Washington Post. Kveller contributor Kylie Ora Lobell took a more sarcastic approach in the The Jewish Journal, saying she learned so much about herself, like “ I am so oppressed I don’t even know I’m being oppressed. I can’t hear all the horrible things these terrible male Orthodox rabbis are saying to me beneath my head covering.”

What they are saying is true. But as a former Orthodox Jew who also had a lot of problems with modesty laws, I found what Julia and her children had to say true, too. “You hear people say women should dress more modestly or a woman should be more covered — that whole concept that men can’t control themselves is ludicrous,” Haart says about her daughter’s desire to wear pants.

When Miriam goes to visit her dad in Monsey and wants to dress modestly, Haart doesn’t want her to. “I totally understand respecting people’s culture as long as that culture respects me back,” she says, echoing something my secular Israeli husband says all the time. (“I don’t force your father to eat at my house, so why do I have to wear a kippah at his?”)

Therein lies the real problem with the “My Unorthodox Life.” Not only do we not see their former religious life, but the whole tone of the show is “religion = bad, freedom = good.” While this may truly be the Haart family’s perspective, it’s not one I find in most OTD people. After all, there are many wonderful things about being religious: there’s a warm community filled with light, love and support. There’s a certainty of life, a path that is predestined and sometimes easy. When you leave it you often feel lost and alone.

I myself thought that, when I left Orthodox Judaism, I would enter a world of sparkling dinner parties where everyone talked about matters of great importance and the latest issue of “The New Yorker.” But what I found instead was there was no there there. You don’t leave the religious world for another world — you actually have to create your own world. And that can be terrifying.

That’s why, unlike Haart and her family, I have landed somewhere in the middle of two worlds. My daughter does go to Jewish day school, and she’s at day camp in Israel as I write this  – because religion isn’t all bad and secular isn’t all good.

But nuance is not exactly the mainstay of reality TV. As Batsheva says after reading her mom’s memoir — in which she writes about the difficulty Bat and her husband had consummating their wedding night —  “A book is, like, one person’s perspective.” The same can be said for reality TV.