The First Look at Disney’s Anne Frank Miniseries Is Here 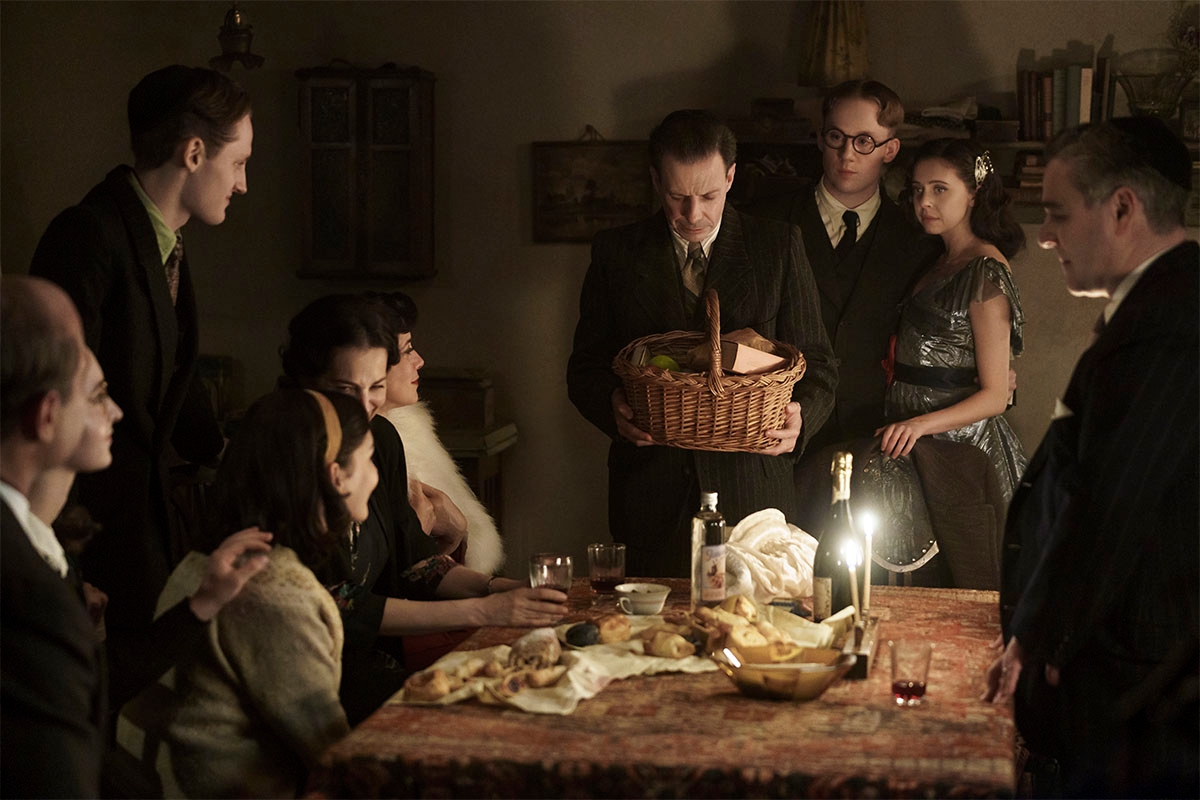 From book bans to movies, Anne Frank remained in the zeitgeist in 2022, and she will continue do so in 2023 with the release of a new Disney+ limited series based on the life of Otto Frank’s secretary, Miep Gies, who helped shelter the family during the war and who was the one who recovered Frank’s now bestselling diary.

And now, we finally got a first look of the show, “A Small Light.” Disney+ has released just one image, above, showing the Frank family celebrating Hanukkah in hiding, along with the van Pels family, who hid with them. We also see Gies and her husband, Jan, and Fritz Pfeffer — who was the eighth Jewish resident of the Secret Annex where the families hid.

British Jewish actress Bel Powley will play Miep Gies, and Frank family patriarch Otto will be played by Jewish actor Liev Schrieber, who last year made the news for the way he embraced his Jewish Ukrainian heritage while participating in Ukrainian relief efforts and cooking brisket for refugees on Rosh Hashanah. Amira Casar (“Call Me By Your Name”) will play Edith Frank, young actor Ashley Brooke will play Margot Frank, Rudi Goodman will play Peter van Pels, and Billie Boullet will star as Anne Frank.

The preview picture released comes from the show’s fourth episode. On the table is a meager spread of food and wine, along with a lit-up menorah. It reminds me of the poignant image of a menorah being lit on the backdrop of a Nazi flag.

The show will air exclusively on Disney+ but its a joint production of ABC Signature, National Geographic and Israeli Keshet Studios. Joan Rater and Tony Phelan (“Grey’s Anatomy,” “Council of Dads”) serve as show-runners. “Booksmart” writer and “The Flight Attendant” producer Susanna Fogel has directed several of the episodes.

We don’t yet have a release date for the series, but it will be sometime this year. The show finished shooting in Paris and Prague in the summer of 2022 and is currently in post-production.

The series title comes from a statement Gies once made: “I don’t like being called a hero because no one should ever think you have to be special to help others. Even an ordinary secretary or a housewife or a teenager can turn on a small light in a dark room.”