The First Teaser for 'Beauty Queen of Jerusalem,' Starring Michael Aloni, Is Truly a Treat – Kveller
Skip to Content Skip to Footer 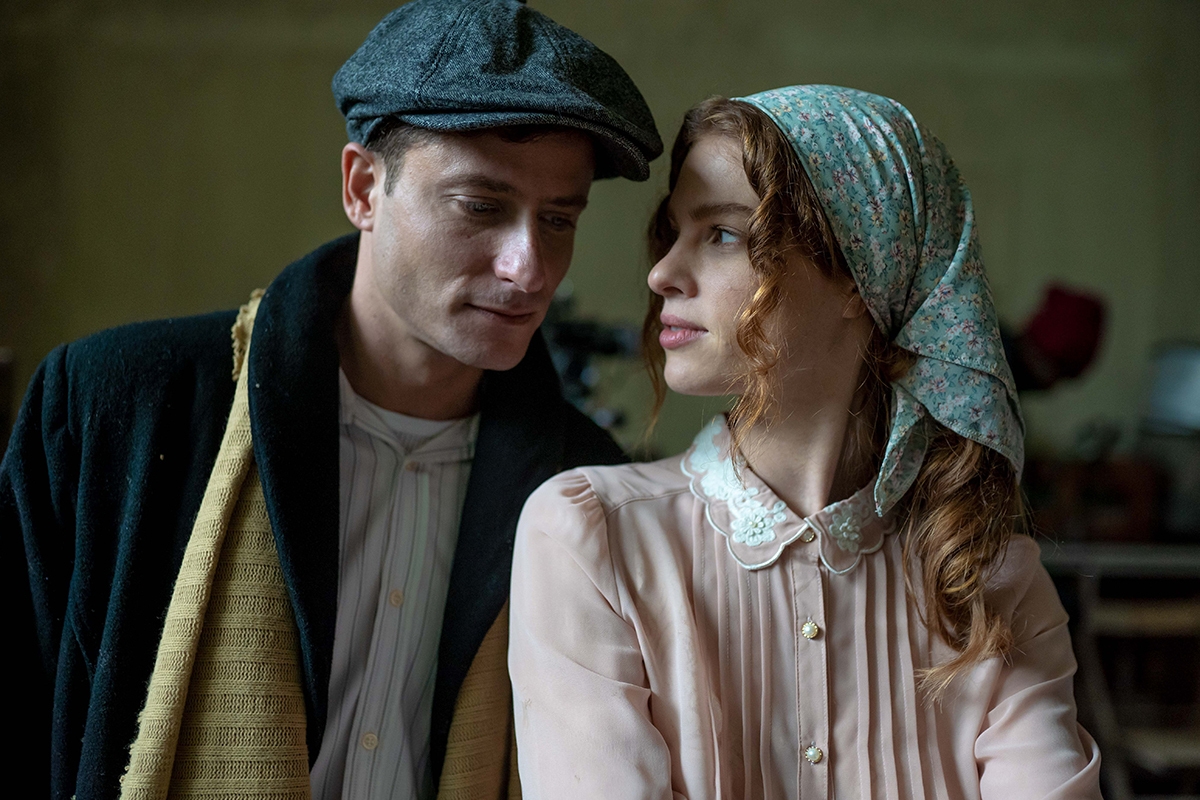 The Beauty Queen of Jerusalem, an ambitious upcoming TV series from Yes Studios — the folks behind Shtisel — is set to be a groundbreaking show, with dialogue in Hebrew, English, Ladino, Turkish, and Arabic.

But the first teaser for this series, which was released today, offers very little talk — and a lot of lush, visual drama. We are very much feeling it.

The show, which we’ve already dubbed the most exciting Israeli show of 2021 (even though it doesn’t have a release date as of yet!), stars Michael Aloni (the dreamy Akiva from Shtisel), along with a host of other impressive Israeli stars. It takes place in Jerusalem over several decades, in both pre-state and post-state Israel. The plot focuses on the Sephardi Ermosa family, whose women are cursed with marrying men who do not love them, and whose men marry women they do not love.

This first trailer, which is a little under two minutes long, is set to a cover of “Scarborough Fair,” the traditional English ballad popularized by Simon and Garfunkel. The choice of song evokes a vibe we’ve come to expect from romantic historical dramas — a Downton Abbey-esque feel that, at this point, many of us already have a Pavlovian-like excited response to (I know I do!). I mean, a Bridgerton-like show with Aloni as the sexy, brooding leading man? Sign me up, please!

In the first seconds of the trailer, we get a glimpse of some of the main characters from the show, including Swell Ariel Or Luna as the beautiful beauty queen of Jerusalem herself. There’s Aloni as Gabriel Ermosa; Yuval Scharf who plays the Ashkenazi woman he longs for; and Hila Saada who plays the supposedly ugly Rosa, whom Gabriel is forced to marry by his own unhappily married mother.

This trailer truly has everything: wonderfully historical sets, beautiful period outfits (I want all the dresses!), lots of stares of longing, a Jewish wedding scene, period dances, and even some sensual belly-dancing.

That’s right: Unlike Shtisel, this show is going to be sensuous and sexy — and there will be sex scenes! In one of the few lines of dialogue in the trailer, Luna asks her sister, “You know how you know if a man likes the dress you’re wearing?”

When her sister doesn’t seem to know the answer, she obliges: “If he tries to take it off.” Ooh-la-la!

Then, of course, there are scenes of struggles and strife, as the show also tells the story of the War of Independence and other times of conflict, and how they impacted Jerusalem and the relations between its inhabitants — which one hopes the show will treat with the nuance they deserve. (Unfortunately, the scenes in the trailer do not seem to promise that, but there’s only so much you can fit in a minute and forty seconds).

One thing is for sure — this trailer looks so incredibly sexy, dramatic, and promising. I can’t wait to take a journey through time with the Ermoza family.