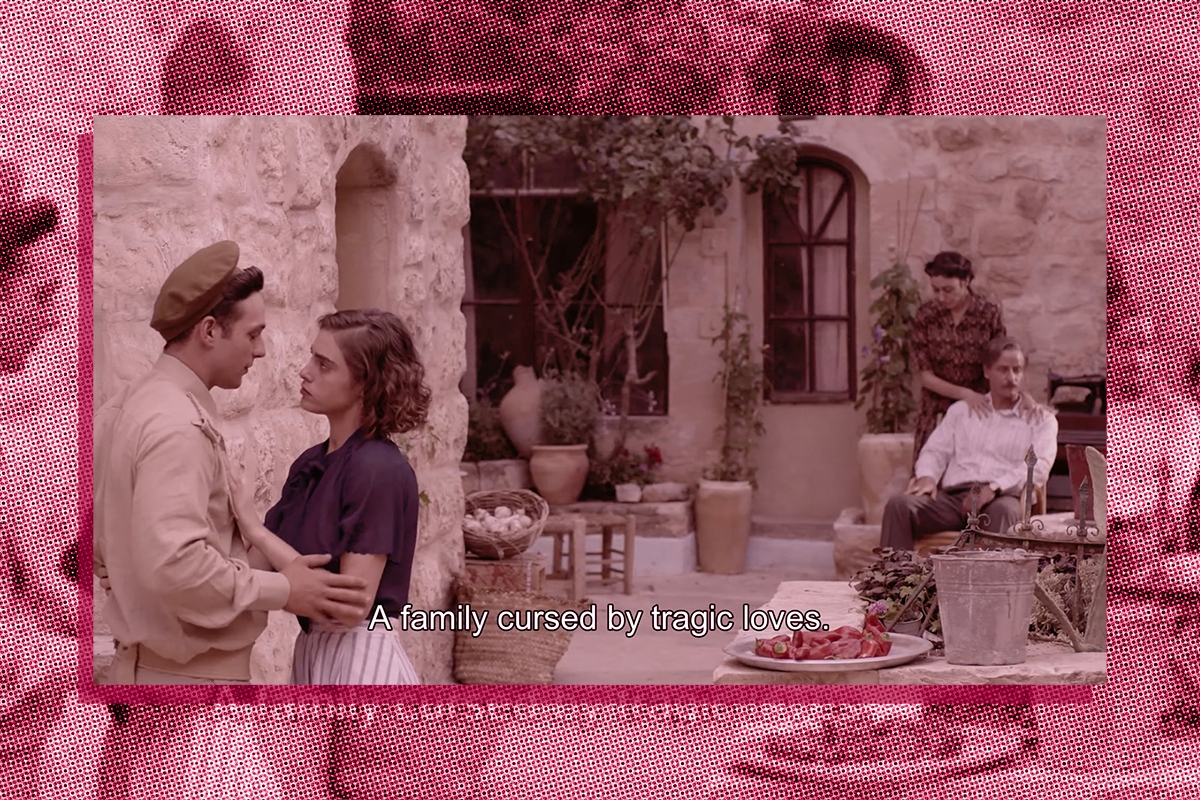 We’ve been slightly obsessed about Shtisel’s third season, which is coming out in Israel this Sunday (December 20). As it happens, however, the outfit behind the show, Yes Studios, is working on another incredibly exciting and highly anticipated show, The Beauty Queen of Jerusalem. (This one also stars Michael Aloni — yes, Kiveh from Shtisel.)

When we first reported on The Beauty Queen of Jerusalem in the summer, we informed you that this historical epic, based on the best-selling Israeli book of the same name, will be premiering in Israel in early 2021. There is still no news about a specific date (or about international distribution), but we do have some other fun new tidbits to share with you about this huge production, which stars some of Israel’s biggest actors and will feature dialogue in four languages: English, Hebrew, Arabic, and Ladino.

In September, Yes Studios released a gorgeous teaser for The Beauty Queen of Jerusalem that really has us enthralled and excited about this new show. The trailer demonstrates the incredible scope of the series — which was shot across the country and has been labeled by its creators as a “historical melodrama.”

To recap, The Beauty Queen of Jerusalem is a story of a family curse that plagues the women of the Armoza family, who are doomed to marry men who do not love them. The book follows the family for half a century, from 1920s Jerusalem to 1970s Jerusalem, telling the story of Ottoman and then British rule, and, finally that of Israeli sovereignty in the still oft-divided city.

In the TV show, Aloni plays Gabriel Armoza, the son of Marceza Armoza, who forces him to marry a woman he does not love, as punishment for having fallen in love with an Ashkenazi woman. Gabriel marries Rosa, a poor orphan is described as “ugly” in the book. In the show, however, as often happens with “ugly” literary characters (see: Normal People), she’s played by the gorgeous and phenomenal Hila Saada, whom you may know as the fiery badass Vanessa from The Baker and the Beauty. (Saada does seem to wear some makeup that makes her look a bit more haggard — but, still, you can’t hide her beauty!)

The Yes Studios Instagram account has recently shared shots from the couple’s not-very-happy-looking wedding (though, behind the scenes, it looks like Aloni and Saada do have fun together!).

In the first season, Aloni and Saada play both a younger and an older version of their characters, as you can see in the teaser and in the photos below.

Gabriel and Rosa have three daughters — among them, Gabriel’s favorite, the actual “Beauty Queen of Jerusalem,” Luna Armosa, who is played by newcomer Swell Ariel Or. In this first teaser, she is shown in all her Beth Harmon (from The Queen’s Gambit)-meets-Amelie charm, winking at the camera with her stiff and period-appropriate curly hair. Luna does seem to have a very real and very steamy love interest, but will she be able to escape the family curse? Well, we won’t spoil it for you (though you may be able to guess). Luna’s two sisters younger, Rachel and Becky, also seem to be somewhat central characters in the show.

This show truly will have everything: drama, conflict, steamy romance, belly dancing, horses… truly, what more can you ask for? And, as Aloni says in the teaser, it’s an important tale of Jewish history that is still relevant today. We’ll get a glimpse into the Jewish resistance movement, as well as what things looked like in Jerusalem as the various rulers and decades went by. And, of course, as the trailer shows, the period sets and costumes are to die for.

While other recent historical blockbusters out of Israel have focused on the drama and trauma of Israeli wars, like the Yom Kippur War-centric Valley of Tears, this show will present that rich history but, hopefully, like the book, will be primarily a love story. Or, perhaps more accurately, a story about how these women navigated not being able to control the romances in their lives, while still very much taking agency of them. (Yes, feminism!).

The Beauty Queen of Jerusalem was filmed entirely during the coronavirus outbreak, which meant strict regulations to keep everyone healthy and safe. Production on the show is wrapping this week, which means that the predicted early 2021 premiere is looking very promising! We will inform you about any news we get about the show and its international release (which we can’t imagine won’t happen!) as soon as we get more information.