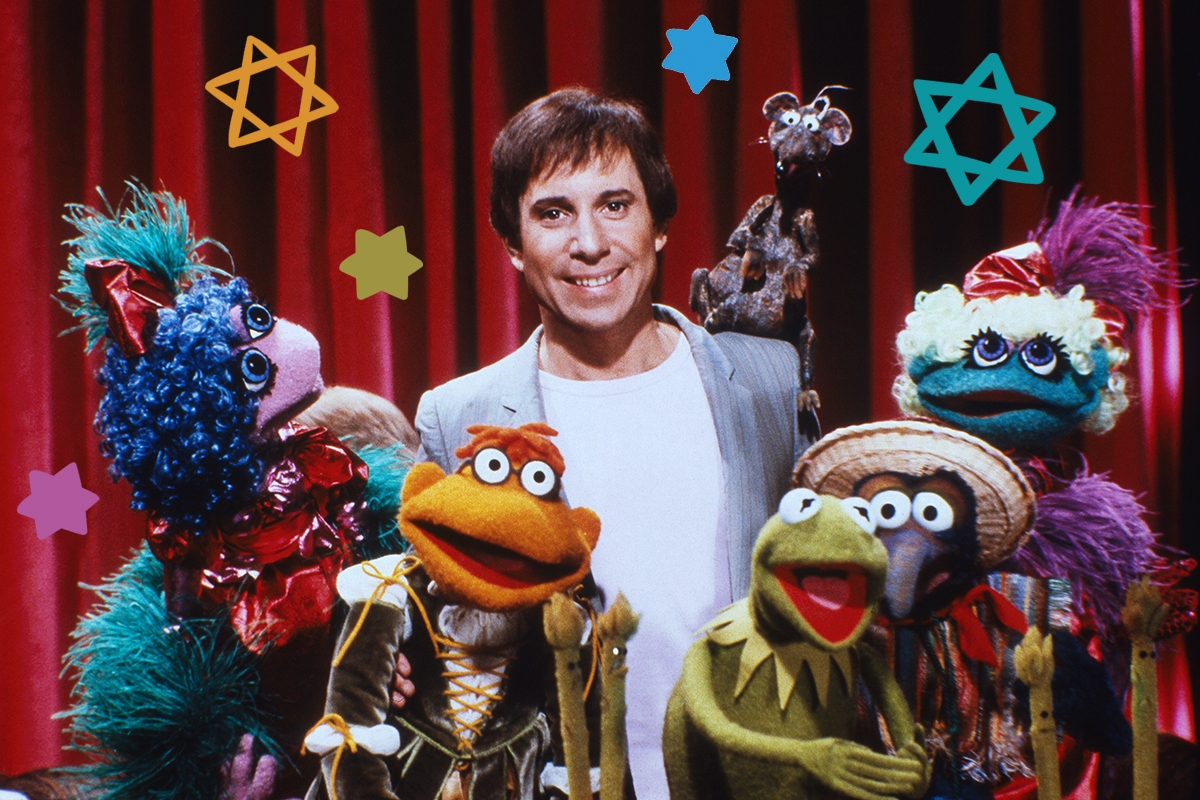 The Muppet Show — yes, the original one — is back on television! The absolutely iconic series makes its debut on Friday, February 19 on Disney+. Given that all of us are still home all day, every day, due to the raging pandemic, the timing couldn’t possibly be better.

The Muppets were the brainchild of a brilliant, soft-spoken man from Mississippi by the name of Jim Henson. As a young man, he revolutionized the way puppets were used on TV — for example, he pioneered the technique of having the human performers out-of-frame, and therefore off-screen — when he began his puppetry career as a college student in the 1950s.

Henson’s biggest accomplishment, in my opinion, is that he created a wacky, wide-ranging cast of foam rubber characters so vibrant and so likable that I — along with millions of others around the world — genuinely, and to this day, think of the Muppets as my friends. Henson conceived of the Muppets as ”entertainment for everybody” — but it took him nearly 20 years to successfully launch the television variety show of his dreams, The Muppet Show. (Perhaps ironically, Henson found wild success in 1969 with Sesame Street — introducing generations of preschoolers to Kermit, Big Bird, et al — but he subsequently struggled with being pigeonholed as a children’s performer.)

After creating five successful seasons of The Muppet Show (1976-1981), several Muppet films, and various projects like Fraggle Rock (1983-1987), Henson died tragically and suddenly in 1990 at age 53. In the decades since his passing, there have been many attempts to revitalize and modernize The Muppet Show, with limited degrees of success. (I wanted so badly to like Muppets Now, which made its debut in July 2020, but watching Kermit and the gang interact via Zoom was just too painful.)

Henson, of course, wasn’t Jewish, but numerous collaborators, guests — and, as we’ll see, even some of the actual Muppets — were. In honor of this groundbreaking show’s return to television, we’ve scoured the internet for fun Jewish facts about the Muppets.

Before we begin, I’d like to take a moment to note that there are many fun Jewish tidbits within the wider Muppet universe. (For example, as anyone who’s ever seen Christmas Eve on Sesame Street knows, shopkeeper Mr. Hooper is Jewish, and many people assume that Oscar the Grouch is, too.) But for the purposes of this article, we’re going to focus on facts associated with The Muppet Show.

As the Muppets’ catchy theme song itself suggests: Why don’t we get things started? Here are 15 Jewish things you should know about The Muppet Show.

1. Frank Oz — Henson’s primary partner and the original voice of Miss Piggy, Fozzie Bear, Animal, and so many others — is the son of a Jewish father and a “lapsed Catholic” mother, both of whom were puppeteers themselves. He was born in England as Frank Richard Oznowicz; his parents fled the Netherlands after helping fight the Nazis. Eventually the family moved to the U.S. and Oz began working with Jim Henson in 1963 at the age of 19. Henson once credited Oz for creating ”much of what’s funny about the Muppets.”

2. Oz later branched out to directing and other acting roles. After co-directing The Dark Crystal with Henson, Oz directed Muppets Take Manhattan, and several non-Muppet movies including Little Shop of Horrors and What About Bob? As an actor, he may be most famous as the voice of the very Jewish sage-like Yoda in the Star Wars franchise.

3. In a nod to his Jewish heritage, Oz’s Fozzie Bear was modeled after Borscht Belt comedians. In one iconic Muppet Show scene, Fozzie performs a magic trick in which he pulls a rabbi — yep, a rabbi, not a rabbit — out of a hat.

4. There’s been a lively debate on the internet about which Muppets are Jewish. Aside from the aforementioned Fozzie Bear, many point to elderly hecklers Statler and Waldorf as possible contenders. As Ben Felsenburg once wrote in Jewish Quarterly, “What are Statler and Waldorf if not a couple of alter kibbitzters?”

Ok, let’s do this. Religious affiliation of every single Muppet.

I’ll start. Statler and Waldorf are Jews, obviously, as is Fozzie Bear (Baer in the Old Country.) https://t.co/8sMZ9XvTTk

5. Although he is modeled on Latin jazz musician Gato Barbieri, it’s extremely likely that Zoot, the laid-back (burnt-out?) saxophone-playing member of the Electric Mayhem, is Jewish! In a 2008 TV special, A Muppets Christmas: Letters to Santa, Zoot wishes Kermit a happy Hanukkah — and, in the extended DVD release, Zoot is seen lighting a menorah. Consider my mind blown!

6. After two failed pilot episodes of The Muppet Show, a young Canadian Jewish producer named Lorne Michaels gave Henson and the Muppets a shot on the first season of his comedy sketch show, Saturday Night Live, in 1975. These early Muppet sketches sound familiar but look truly weird — and SNL’s writers and actors were not keen on giving their best material to what John Belushi reportedly called “the Mucking Fuppets.”

7. Less than a year after their disastrous debut on SNL, the Muppets were rescued by British Jewish media mogul Lord Lew Grade (who was born Louis Winogradsky and his family fled Russian pogroms when he was 5). According to Slate‘s podcast, Studio 360,“He might have been a peer of the realm, but he was a Jewish guy whose family had moved from Odessa to Shoreditch when he was a kid. He grew up to become a dancer. He looked like Fozzie Bear, but bald and with a cigar. And he saw the potential of The Muppet Show.”

8. The first special guest on the first episode of the first season of The Muppet Show was Jewish actor, singer, and director Joel Grey, who is probably best known these days as the director of the Yiddish-language production of Fiddler on the Roof. (Also notable: He’s the father of Jennifer Grey — yes, that’s Baby from the very Jewish movie Dirty Dancing!)

9. Speaking of Fiddler, Zero Mostel — the O.G. Tevye in the original Broadway production, as well as Max Bialystock in the original film version of Mel Brooks’ The Producers — was a guest on the second season of The Muppet Show. Although Mostel, who was raised in an Orthodox home, has the sad distinction of being the only guest on the show who died before their episode aired, he also provided one of the best Muppet-related quotes of all time: “He has the best possible actors,” he reportedly said of Jim Henson’s creations. “If you have a disagreement with them, you can always use them to wash your car.”

10. Iconic Jewish comedian and national treasure Gilda Radner was a guest on the third season of the Muppets. (Radner, you may remember, was married to another famous Jewish comedian, Gene Wilder. She died of ovarian cancer far too young at age 42 in 1989.) You can watch her sing a Pirates of Penzance medley with a giant carrot here; the gag is that her request for a “seven-foot parrot” was misheard by the Muppets crew.

11. Jewish singer/songwriter Paul Simon makes an appearance in The Muppet Show’s fifth season. This elicits one of my favorite Muppet musical numbers of all-time, with Simon playing the lute and singing “Scarborough Fair” amidst a chaotic, Renaissance Fair-like setting. Amusingly, Miss Piggy chimes in during the lyric “parsley, sage, rosemary, and thyme” — she sings sweetly at first, but with each passing verse, she grows more irritated and off-key. Why is it so funny? I don’t know, but trust me when I say it is.

12. Over its five-season run, The Muppet Show of course featured many other Jewish entertainers, including Madeline Kahn, Milton Berle, Danny Kaye, and Peter Sellers.

13. Perhaps my most favorite Muppet Show guest is actor, singer, and activist Harry Belafonte, who may not himself be Jewish, but he is the father of Jewish kids (his second wife, Julie Robinson, was Jewish, and they had two children together, Gina and David), and the grandson of a Dutch-Jewish man. The scene in which Fozzie keeps mucking up “Day-O” is a classic, and the deeply moving song “Turn The World Around” — featuring puppets based upon African masks — is an absolute must-watch whenever you are feeling low.

14. The Muppet Show gained popularity all over the world and — including in Israel, where the title for the show, and its lovable stars, was translated into “Habubot.” This word is an amalgam of the Hebrew slang word for “dude,” habub, and the Hebrew word for “dolls,” bubot. The show aired on Israel’s public Channel 1 in the ‘80s, and reruns of it were broadcast on the children’s channel (Channel 6) in the ‘90s.

15. Arguably the best Jewish music parody of all time, this version of the iconic “Mahna Mahna” sketch that replaces the words with “Shana Tova” is a must-watch every Rosh Hashana from here to evermore. (And if you really can’t get enough, here’s a “Shabbat Shalom” version you can watch every week!)