25 Years Before ‘Bridgerton,’ I Wrote the First Jewish Regency Romance 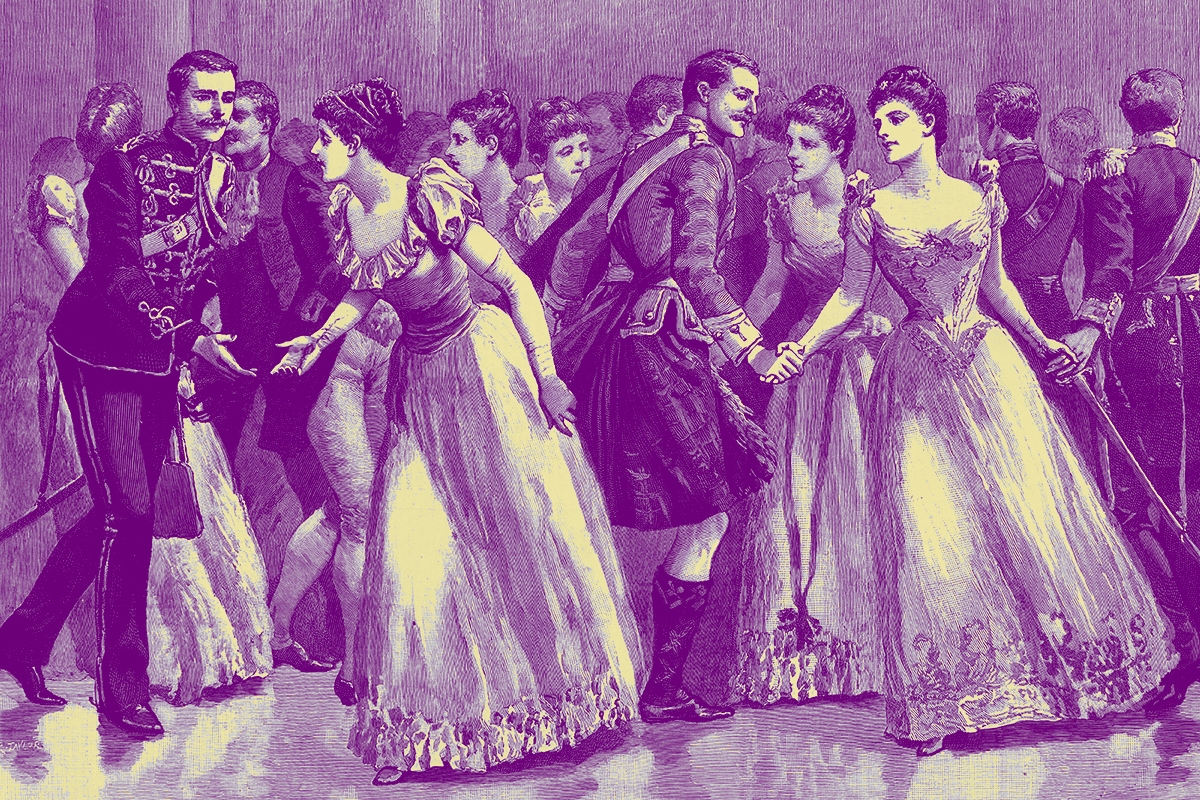 All aspiring authors are advised to “write what you know.”

When I was an aspiring author, here is what I knew: I knew how to be a Soviet-Jewish immigrant in America. But in the early 1990s, when I was first struggling to get a novel published, nobody cared about that.

Finally, one editor told me, “No one is interested in the USSR, but we do publish first-time authors in our Regency romance line. Would you like to give writing one of those a try?

“Absolutely!” I said. I hung up the phone and asked the ether: “What’s a Regency romance?”

I hustled off to the public library, where I checked out eight — the maximum number allowed — Regency romances. Reading them over the span of a week, I learned that Regencies are romance novels set in England during the Regency period (1811-1820). These books concern themselves almost exclusively with the mating habits of the upper classes in London, which, as anyone who watched Bridgerton knows, was known as “the ton.” Think Jane Austen, Sir Walter Scott, Mary Shelley, and, later, Georgette Heyer.

There were no Jewish lead characters in the Regency romances I read. (In fact, Heyer was notoriously antisemitic.) However, historically, there were some Jews in London at the time. A tiny number were even accepted into high society  — though this was only if they were willing not to be “too Jewish” or were flat out hiding it.

Clearly, the safest route for me, an unpublished author barely a year out of college, would have been to pitch a perfectly traditional, conventional, by-the-numbers Regency romance. But… write what you know.

So, I wrote about Jews. The book that eventually became The Fictitious Marquis featured a lady of high birth who was hiding a secret about her mother’s religious background. She rescues a criminal from the gallows and passes him off as a member of the aristocracy. Their marriage is meant to be in name only. No spoilers here, but see if you can guess how it turns out…

The Fictitious Marquis was my first book; my second was another Regency, entitled Thieves at Heart (which had no Jewish characters). I’ve since published a dozen more novels, including two New York Times bestsellers, and my most recent historical family saga, The Nesting Dolls, is all about Jews. So, to be honest, I didn’t really give The Fictitious Marquis much thought in the years since it first came out in 1995.

That is, until Netflix’s Bridgerton, which was released on Christmas Day 2020, took the world by storm. The series, which is based on the book series by Julia Quinn, is a sensation! More than 63 million households viewed it within the first month of broadcast, to make it the fifth-biggest launch of all time for the streaming service.

Viewers who never even knew that Regency romance was a genre are now dissecting the quirks and foibles of 19th-century England’s upper class. And it was in all the buzz about Bridgerton that I stumbled upon something unexpected about myself.

Unbeknownst to me, in 2019, the Romance Writers of America published a list of “Romance Trailblazers.” The aim, according to their web site, was “to honor as many of the trailblazers of the genre as we could….  with an eye toward finding and celebrating the early authors and books that have been left out of the spotlight during the nearly fifty years of the modern American romance genre.”

And what should I see celebrated as a “First Own Voices Jewish Historical” novel? That’s right: The Fictitious Marquis!

I have to admit, I was taken aback. It had never crossed my mind that I was doing something revolutionary when I wrote it. It never occurred to me that a Jewish writer had not, up to that point, put a Jewish character in a historical romance, even if it was set in a place and time not exactly known for its welcoming attitude towards outsiders. I just… wrote what I knew.

Interestingly, Bridgerton’s creator, Julia Quinn (nee Cotler), is Jewish herself, though I have yet to see any Jewish characters in the series. (She does reference the Touro Synagogue, the oldest surviving Jewish synagogue in North America, in her American-set historical, The Girl With the Make Believe Husband.) The Bridgerton casting may be color-blind, allowing more people to see those who look like themselves represented on-screen — but, in both style and mannerisms, all the characters seem to be cut from the same Anglican cloth (no different than when actors of color perform Shakespeare).

Representation, we’re told, matters. Growing up, I had absolutely no expectation of it, because there were no fictional characters like me. The only Jewish characters I encountered in books or television were American Jews, which didn’t reflect my identity and experience at all. And the only Russian characters were A) Not Jewish, B) Pathetic immigrants who spoke terrible English, or C) Evil Communists, most often out to capture Moose and Squirrel.

I had absolutely no expectations of representation, and it perennially surprises me when my kids — now 21, 17, and 14 — do. They don’t just expect it; they demand it. Of course, being Black, Jewish, and the offspring of an immigrant, those opportunities are still few and far between, but we are getting there! (For instance, they find the Asian immigrant family of Fresh Off the Boat more relatable that the utterly assimilated American Jews of The Goldbergs.)

Which is why it makes me happy that, moving forward, any Jewish readers who may be inspired by Bridgerton to pick up a Regency romance, will be able to see at least a version of themselves represented in my “First Own Voices Jewish Historical,” and all the other Jewish historical romances that came after.