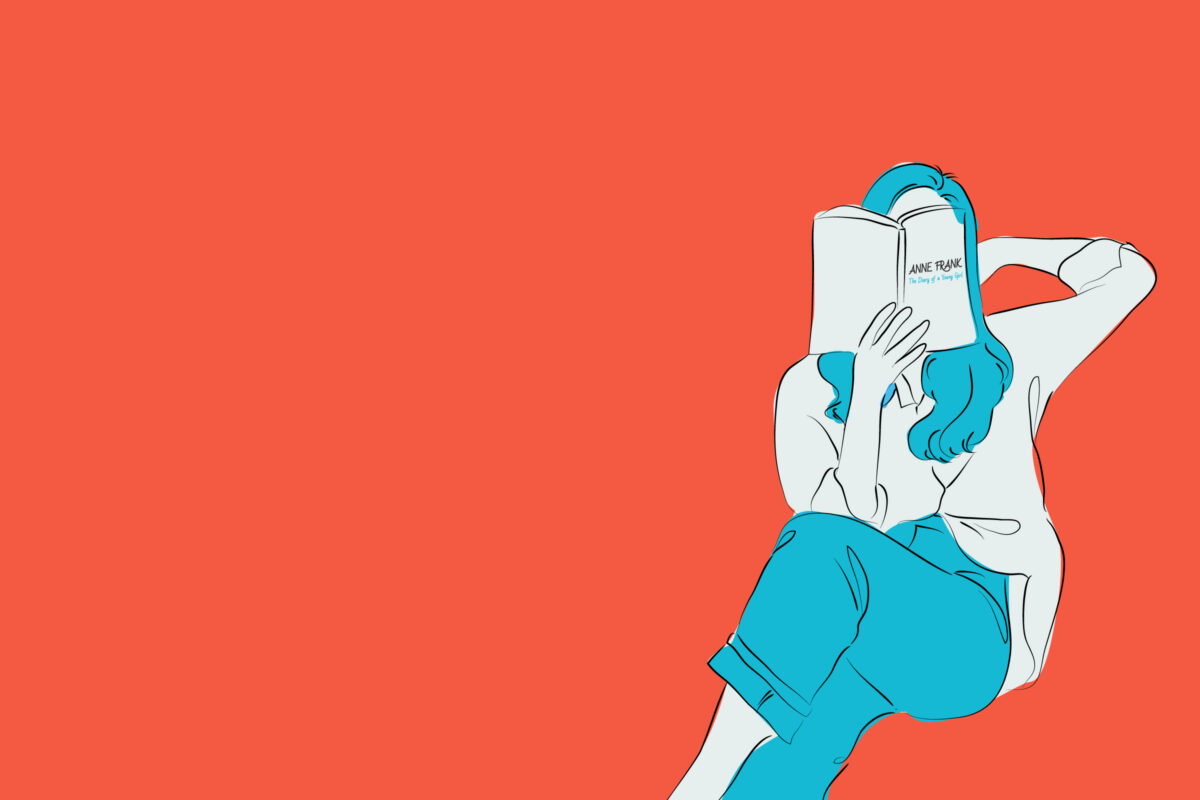 I first “met” Anne Frank when I was in the fourth grade — she was 13 to my more childish 10. I discovered this older, wiser big sister-like girl in the same place I found many of my most fascinating elementary school companions: in the children’s section of my local public library. Like so many of the characters I found among the rows of bookshelves that stretched to the ceiling, we became quick friends.

But something about this relationship felt a little different than the other ones I formed there. At first, I thought it was because it was the first time I was aware that a book I held in my hand was written by someone like me: a Jewish girl with shoulder-length black hair and dark eyes who wanted to be a writer. While at that age I didn’t quite understand the quiet power in that — just as I was too young to fully understand the trauma, tragedy, and magnitude of Anne’s story and the Holocaust — I did know that it felt significant to me at the time, even personal.

It has been nearly 40 years since I first devoured that paperback edition of The Diary of A Young Girl. But I recently realized that she would have celebrated her 91st birthday on June 12, had she not died at Bergen-Belsen. Amidst a global pandemic and widespread protests against racial injustice, I decided it was time to make her acquaintance once again.

So this week, I reread her diary from cover-to-cover. It was an eye-opening experience: I hardly recognized either of us anymore. Anne, of course, remained a teenager, while I got to grow up. I got to go to college and graduate school, to travel, write, and get married. I became a mom to my two children, who are now 17 and 13 — the same age as Anne when she started the diary she called Kitty.

When I first read Anne’s chronicle of her two years in hiding, I could not put the book down. Many nights I employed the age-old flashlight-under-the-covers trick when I was supposed to be sleeping. This time around, I also read The Diary of A Young Girl late into the night as my husband and two teenagers slept.

This time, however, I often had to force myself to turn the page. Not because of the quality of the writing — to the contrary, I was wowed by the wisdom, wit, and narrative voice of this remarkable teenager — but because of the intensity of the emotions I felt.

The pain I felt as an adult reading about life at Prinsengracht 263 through Anne’s young eyes made it an excruciating exercise. Often the most seemingly mundane details of Annex living flattened me, like the shorthand correspondence course that was ordered for Margot, Peter, and Anne, or the detailed homeschool schedule complete with art history, mythology, Bible history, Dutch literature, algebra, and geometry. I kept wondering what percentage of this strategy was about occupying their kids’ days, and what percentage was about hope for the future.

These details — treated by Anne as almost parenthetical asides in the narrative — shouted at me through the years and pages about what Otto and Edith Frank, terrified and overwhelmed themselves, were doing to keep life normal for their children in hiding. (The same, too, for Hermann and Auguste van Pels, the parents of Peter, who hid with the Franks and Fritz Pfeffer in the annex.) This made me not only imagine myself in the attic but almost feel myself there.

I felt what it must have been like, as a parent, to do something as mundane as playing a board game with your family while worrying about not having enough food to nourish your kids. I felt sick to my stomach imagining myself having to give my son codeine in order to quiet a cough that could tip off the police, as the Franks needed to do with Margot. I had to stop reading, leave the house, and pace up and down my street when I spotted a previously unseen-to-me photo of Anne that looked so much like my own 13-year-old daughter, right down the shape of her eyebrows and the slope of her nose that she could have been a third sister.

More than anything else, I felt on every page and in every entry the nightmare of not being able to keep your children safe. When I read The Diary of a Young Girl at age 10, Anne’s adolescent reflections leaped off the page. I related to her musings about her imagined adult life and her fights with her mother; I imagined my own first kiss when Anne experienced hers with Peter. Reading the book at age 50, I saw dreams that never had the chance to grow.

Today, 75 years after Anne’s death, here in the United States, other young dreams are not given the chance to grow. Black people in this country still cannot keep their children safe. The Black Lives Matter movement and this moment demand of us, as it should, that we see the suffering of all children as if we were their parents. If we don’t, it’s hard to make a case that anything has been gained from Anne’s story — along with other harrowing stories from others, who both look like her and don’t, who have also had their too-short lives snuffed out.

In her diary, Anne wrote an entry on June 13, 1944, about the previous day — her 15th birthday, the last birthday she lives to see. Everyone in the annex, along with the individuals who helped hide them, presented her with gifts. From Margot, she received a gold bracelet, from Peter a “lovely” bouquet of peonies, and, from her parents, a five-volume art history book, a set of underwear, two belts, a handkerchief, two pots of yogurt, a pot of jam, two small honey biscuits, and a botany book.

On what should have been Anne’s 91st birthday, I don’t dare imagine what she would have liked to receive as a gift today. Instead, I choose to recognize the gift she has given us all: The timely reminder that if, at any given moment, we see ourselves in people who were hiding in the annex — or as the hate-filled individuals who caused them to seek such desperate refuge — our response must be personal and as crystal-clear as her writing.

The tagline on my very first copy of Diary of a Young Girl read: “Out of the millions who were silenced forever, one voice remains to remind us —the voice of Anne Frank.” I thank her for continuing to remind me.