I'm a Black and Jewish Woman. My Identity Matters. – Kveller
Skip to Content Skip to Footer

I’m a Black and Jewish Woman. My Identity Matters. 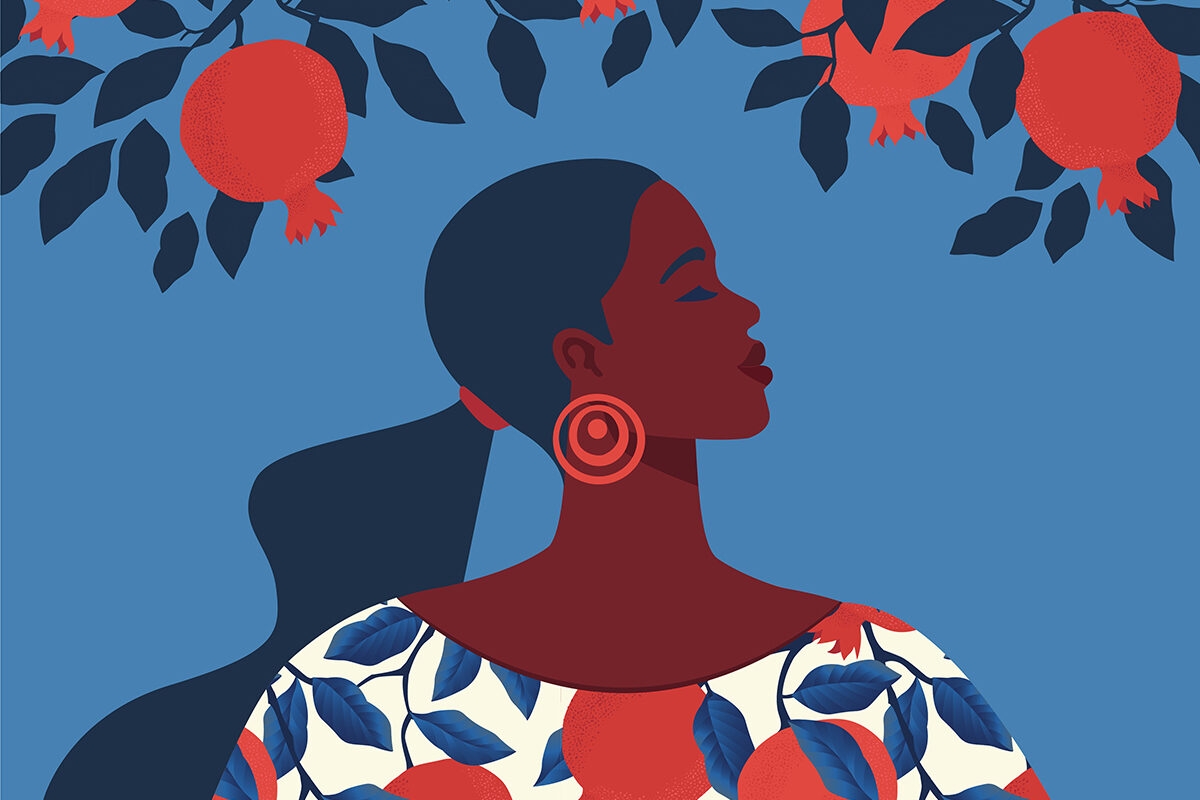 I have been asked this question on way too many occasions: in private, in public, by strangers, by people I was acquainted with, and by many who should have known better. Singled out, put on the spot.

What am I? Hmm… I’m a woman, a daughter, a sister, a wife, a mother, a friend, a lover of beautiful things, a designer, the list goes on. I’m human — at least that’s what I so naively assumed. Our single race has been divided up into category upon subcategory, and this world forces you into just a single, specific, and limiting box.

But what does one do when you sit on the fence between two vast divides?

I’m the daughter of a Jewish (white) mother and a Guyanese (Black) father. My story was split from the very start. However, it really is so much more complex than that. I was raised Jewish, running the gamut from Reform/Conservative all the way through to sectors of ultra-Orthodoxy. My story has evolved along the way. One thing remained constant, though: more boxes, more labels, not all of them choices.

I’m not sure what my first memory of my Blackness is, but of this I’m certain: The idea of my otherness was a seedling planted by someone outside my being, perhaps by another child in preschool, or perhaps an overheard remark by a  “well meaning” or “curious” adult. As a young, white, single mom in early 1980s Toronto, my mother was often asked if her happy, bright, and melanin-rich baby was a child she was babysitting. Fast forward 25 years or so, I revisit this experience, this time as the mom of lighter skinned babies, with “well meaning” nosy Parkers going out of their way to comment on how well I was caring for these children, children they assumed weren’t my own.

Being bi-racial means being forced to pick and choose parts of yourself, to highlight one aspect at the expense of others for the sake of fitting in, or maintaining the status quo, while continuously being reminded by your surroundings that you aren’t truly the same, or like the rest.

I identify as Jewish, albeit as a practicing adult I’m a skeptic and a cynic. My connection to Judaism is one of tradition, not born of a sense of belonging. Unfortunately, in my experience, the parts of me that aren’t Jewish have proven a stumbling block to feeling completely whole and accepted in this world. “Passing” is often mentioned in relation to Black/white — however, my experience at “passing” as a Jew is a test I’ve never aced.

Even while fully appropriately garbed, enrobed in devout practice, and equipped with a rich, and vast knowledge of Jewish law, the color of my skin has singled me out as an outsider, never truly fitting into the fold. I have a complicated relationship with faith — ironically, for my name, or perhaps because of it. Judaism is all I’ve ever known, both culturally and religiously, and I’m still examining how it intersects with all the parts of my being. I’ve married within the “tribe”, and I am actively raising our daughters within the faith, infusing them with a love of tradition, and a hope that perhaps with another generation once removed, they’ll more expertly claim their own birthright, as I never could.

Most passersby would describe me as Black, but I’ve always struggled with that description. As a person who lives, breathes, and views the entire world through the prism of color, I always felt it unfair, and lacking —  a term meant to describe the otherness of my skin tone. If you want to get technical and refer to me by the color of my skin, then at least have the decency to be accurate! I’m most certainly a shade of brown! Call me mocha, butterscotch, caramel, or sand! Don’t erase me, and so many others with such a finite and unyielding black stroke.

As a young child slowly becoming aware of the difference of my skin, I rejected this othering of myself. I spent many hours and tearful nights wishing my skin was lighter, my hair was less curly and unruly, and that I could just be like everyone else. Anonymous. I didn’t want to be the only black kid or POC in Jewish private schools, at shul, in the neighborhood, or at community events. The only child pulled out of class by well meaning teachers, who wanted to know how learning about slavery and the Underground Railroad were affecting me, but never inquired the same about our lessons on the Holocaust.

My identity as a POC has been molded by the views society has forced upon my psyche. The number-one feeling I’ve been conditioned to feel is shame. Shame of being different, as if there truly ever is homogeneity in our world, beyond our humanity. Guilt, guilt for every wrongdoing, or perceived wrongdoing, by a wide and heterogeneous group of people, lumped together and culpable, only because of the shade of our skin. Fear, fear of being singled out, or of evoking fear in others. At every turn, made to feel less than, or not good enough.

As a POC, I only ever truly feel seen by other POC. A little nod, a look of recognition they see me, and I see them. The melanin in my skin is the ticket to an understanding of a shared experience. It may not be identical, but there will definitely be multiple points of reference. As a patron at one of my places of work, once said to me while casually leaving a tip, “You’re my sister.”

My road to self-acceptance has been a long one, and there wasn’t a specific turning point. However, I’ve come to love the skin I’m in. With the realization that everything that makes me different is also what makes me unique: I stand proud in my skin, and love it, not in spite of its warm brown glow, but because of it. I want the people who love me, too, to see the whole, to see my color, and not tell me their love is blind. Don’t ignore my differences, embrace them.

I’m proud to be the descendant of two strong and resilient peoples. I’m proud of both my Jewish heritage, and my Black one. People who have, for generations, faced hatred, fear, rejection, and systematic oppression, and have come out stronger for it.

I’m reclaiming my identity, my full identity, as a Black and Jewish woman. People who cannot accept the whole of me have no place in my life.