The Supreme Court Allowed Prayer in Public School. As a Jewish Woman, I’m Not OK With That. – Kveller
Skip to Content Skip to Footer 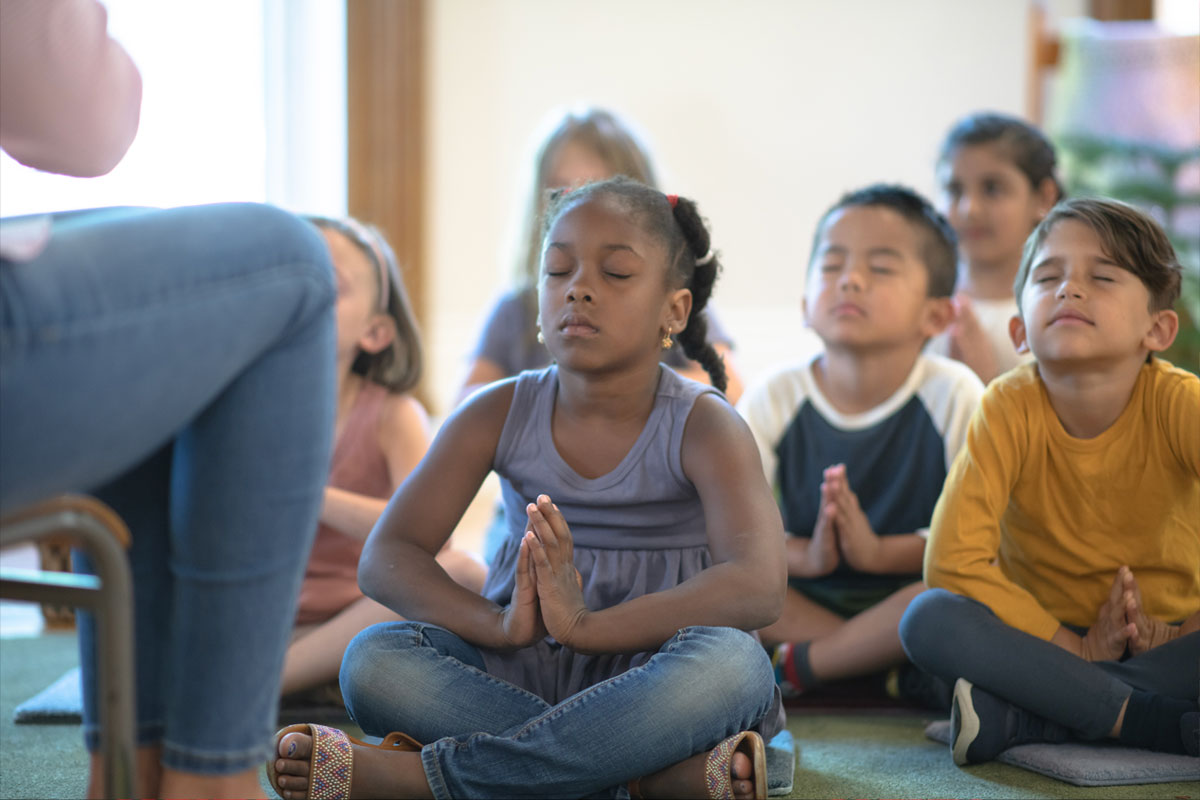 It was my first day of third grade at a brand-new school. I looked around the classroom and saw a bunch of strangers. I missed my friends and hoped to make new ones. It was 1956 and my family had just moved into a new housing development in a section of suburban Detroit. My mom was expecting a new baby and we needed a bigger house.

My teacher came in and introduced herself. She looked like a kindly grandmother and she had a nice smile. As soon as she finished her welcome greeting, she asked us to rise for the Lord’s Prayer. Since I was an 8-year-old Jewish girl, I had absolutely no idea what she was talking about. But everyone else was standing up, so I joined them and moved my lips around so it would look like I was praying, too.

Not only did I not know the prayer, I couldn’t understand it. What did “hallowed be thy name” mean? What is temptation? What does it have to do with my daily bread? I didn’t want to look stupid, so I never asked my teacher. I didn’t ask any of my classmates, either because even at 8, I wanted to fit in. But I did ask my mother to explain it to me when I got home.

My mom was not the type to make a fuss. If anything like this ever happened to my daughter I would have stormed into the principal’s office. But mom was from a different generation. She told me that I had been very smart to stand with the other kids and pretend to know the words. The Supreme Court would not ban prayer from public schools until years later, in 1962. But even at 8 years old, I somehow knew she was wrong to tell me to fake it.

I never learned the Lord’s Prayer or the words to the Christmas carols we had to sing every year at holiday concerts. I did not mouth the words to “Silent Night” or “Come All Ye Faithful” and was tight-lipped during the “Christ the Lord” choruses. I wouldn’t join in, but I didn’t yet have the courage to demand equal time for “Hanukkah Oh Hanukkah.” That would come a bit later. And every time it did, I remembered my mom’s cowardice.

Most of my classmates knew I was Jewish. Their parents told them that “the Jews were coming;” they were buying expensive houses on farmland that used to belong to their neighbors. Also, the kids noticed that I took a few days off in September for the High Holidays. Pretty soon, I might as well have had a giant Jewish star on my lunchbox. The kids on the school bus called me and my neighbors “kikes.” I didn’t know what that meant, either.

Now the United States Supreme Court has made a ruling that, in all likelihood, will guarantee that a new generation of Jewish kids — and any other kids who are not Christian – will be ostracized like I was. The Supreme Court case, Kennedy v. Bremerton School District, began when Joseph Kennedy, the coach of a junior varsity team in Bremerton, Washington knelt on the 50-year line after a game and prayed. He said that as a practicing Christian, his religious beliefs “required” him to give thanks at the end of each game.

Most of his team members joined him but the parents of one player, who is an atheist, complained.  Their son told them that he “felt compelled to participate” in the prayer sessions because “he felt he wouldn’t get to play as much if he didn’t.”

After the parents’ complaint, the school district ordered the coach to stop praying. When he refused, he was placed on administrative leave and his contract was not renewed for the following year. The school district said they had to fire him because the Establishment Clause of the First Amendment of the Constitution prohibits the government from “establishing” a religion. They said that allowing his prayers would be perceived as an unconstitutional endorsement of religion by the school.

After he was not rehired, Kennedy complained on Facebook and in the media that he “just might have been fired for praying.” Protests ensued. He sued the school. He lost in district court and on appeal, but the Supreme Court agreed to hear his case. Kennedy won in a 6-3 decision, written by Justice Neil Gorsuch.  He wrote that previous courts did not understand the First Amendment.

Kennedy won on June 27. His prayers had been answered. He won because the conservative majority said no students had been “coerced to pray.” Although coerce means “to persuade by using force or threats,” my classmates and teachers still coerced me, just as they coerced the atheist boy who initiated the suit. They were more subtle. They didn’t use actual force or threats, just delivered small snubs, rejections, humiliations, consequences and maybe even heartbreaks

The Court’s decision will now allow football coaches and other school employees to pray privately on public school grounds. But the Court’s definition of “privately” is controversial, since the coach’s prayers, and those of his players, were very public. They were on the 50-yard line! Separation of church and state, which we all thought was permanent, seems to have disappeared.

Gorsuch wrote the Constitution “neither mandates nor permits the government to suppress religious expression,” and he said the Court’s previous rulings were “hostile to religion.” The coach, he said, has a right to pray because “respect for religious expression is indispensable to life in a free and diverse republic.” A powerful dissent by Justice Sonia Sotomayor said the majority decision should not have sided with a school coach who voluntarily accepted public employment instead of honoring students’ rights.

But the case is not just about students’ rights. It’s also about their feelings, self-esteem and acceptance. It’s about what slights and exclusion can do to a little Jewish or Muslim or Buddhist kid who wants to make friends on the playground. It’s about what would have happened to me, as the only Jewish cheerleader in my high school’s history, if my squad had been asked to kneel and thank god for a winning touchdown.

No matter what the Supreme Court says, no parent should allow anyone to make their kids choose between being accepted and being Jewish. No one should have to pretend to pray.