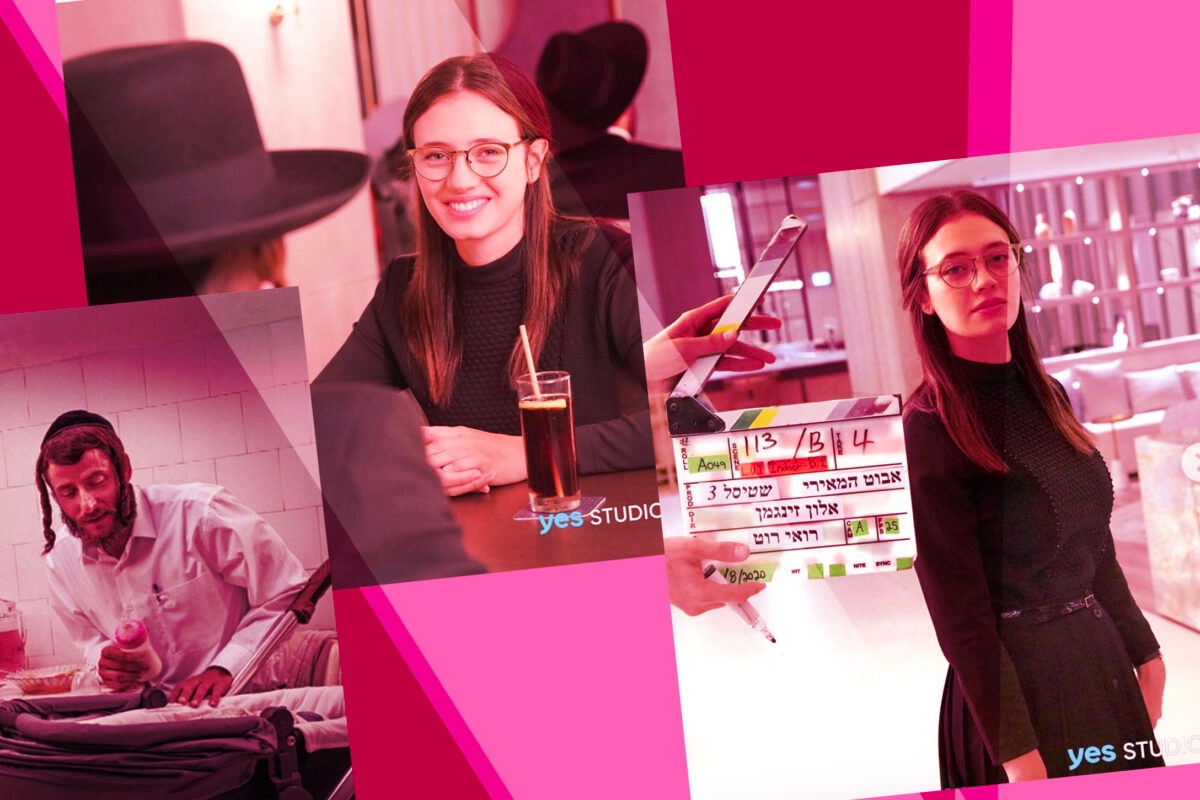 Aaaah! Yes Studios, the production company behind our favorite Israeli cult hit, Shtisel, keeps releasing exciting new details about season 3, and we are so here for it.

In the latest round of news, the company shared the first image of a brand new character, Shira, played by Reef Neeman:

Introducing one of the newest additions to our fabulous #shtisel 3 cast – the beautifully talented @reefneeman. And if she looks familiar – it’s because she is – we’ve been fortunate to work with Reef on many of our shows including Fauda 3, On the Spectrum, Double Take and The Conductor! Welcome to the #Shtisel family! @reefneeman @roberto_ben_shoshan1 @faudaofficial @diklabarkai @abot_hameiri @yestv

Neeman is just 22, but the professional model has already been in so many great TV shows, including in season 3 of Fauda, where she played Yaara Zarhi, an Israeli taken hostage by Hamas. (Neeman has said that when Fauda star and creator Lior Raz called her after her audition, she thought he was going to tell her she didn’t make it — and was stunned to find out she had landed the role.)

Neeman also played a waitress, Lior, in On the Spectrum, an Israeli dramedy that’s about to get its own American adaptation.

Not much is known about Neeman’s new Shitsel character, though she does appear to be on a shidduch date in two of the pictures. We wonder who the lucky match could be?

If you’re in for more Shtisel season 3 news, well, we’ve got it. Season 3 has been shooting since July, with social distancing and coronavirus-related precautions, and there’s a lot of new information about what’s in the scenes, some of which is being shot on location in Jerusalem’s Nachlaot neighborhood and in the Mahane Yehuda market. Producer Dikla Barkai told Variety last week that it will take place four years after the events of season 2.

Also, speaking of new cast additions, veteran actor and singer Shuli Rand — who is a Breslov Hasid in real life — will be another new member of Shtisel season 3, playing a Yeshiva rabbi.

As for storyline details, there are a few exciting ones. For one, it looks like Kiveh might be a dad! The first official set photos showed the main character feeding a bottle to a baby in a stroller (another new character!) Mazel tov, Kiveh! We think? Can’t wait to see Aloni on screen again — and to find out who the lucky mother is.

Another fun plot point we discovered through Kikar HaShabat: Family patriarch Shulem Shtisel apparently opens a new, competing school to the one he previously worked in, provoking the ire of the staff from his old school, who go to his house to protest the new school.

The shoot, which took place in the Nachlaot neighborhood, drew the curiosity of the local residents, who were convinced the protest was real:

These details are so great, and there’s just so much to look forward to. We’re so excited for season 3!