These Incredible Elderly Women Finally Had Their Bat Mitzvahs 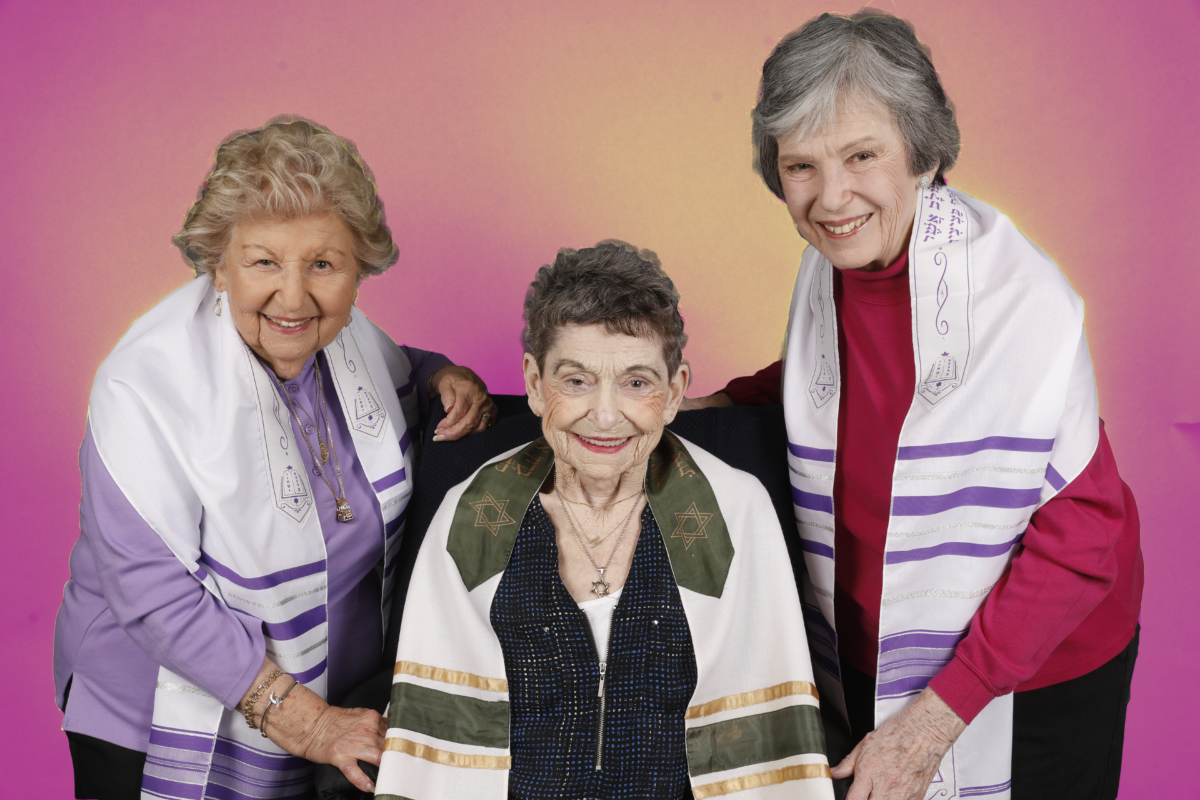 When we think about a bat mitzvah, many of us think of opulent, over-the-top parties or maybe a long service in an ornate synagogue. But in our opinion, this particular bat mitzvah tops any multimillion-dollar bash, by far.

On June 15, dozens of people filled the Los Angeles Jewish Home, a senior care center, to watch three amazing ladies — Edith Frankie, a Holocaust survivor; Linda Frankes, who grew up in a small town in Connecticut, miles away from any Jewish community; and Mildred Moccio, a recent convert to Judaism — do something truly incredible: They became bat mitzvahs.

In front of family, friends, and caregivers, the three women, all in their 70s and older, wrapped themselves in a tallit, recited Hebrew blessings, and shared their interpretation of the week’s Torah portion.

“We had to turn people away because it was a packed event,” says Rabbi Karen Bender, the Jewish Home’s Skirball Director of Spiritual Life, who led the women in this unique event.

It was Frankie who helped inspire his momentous ceremony. Originally from from a small village in Transylvania, she survived eight different Nazi camps (“Uncle Hitler wanted us to travel,” she says with her trademark wit) and spent decades involved in Holocaust education. But she had never been part religious community before moving to the Jewish Home.

Frankie had previously sponsored a honorary bat mitzvah for her sister, who perished in the camps at age 6.  Rabbi Bender then suggested to Frankie that she have her own bat mitzvah.

“I said to her, ‘Of course! Who wouldn’t want to have their bat mitzvah?'” Frankie recalls. But there was one problem: She didn’t remember any Hebrew.

However, Frankie says that Bender told her, “Don’t worry about that, that’s my job!”

The rabbi then extended the invitation to the other women in the home. Moccio and Frankes eagerly volunteered. 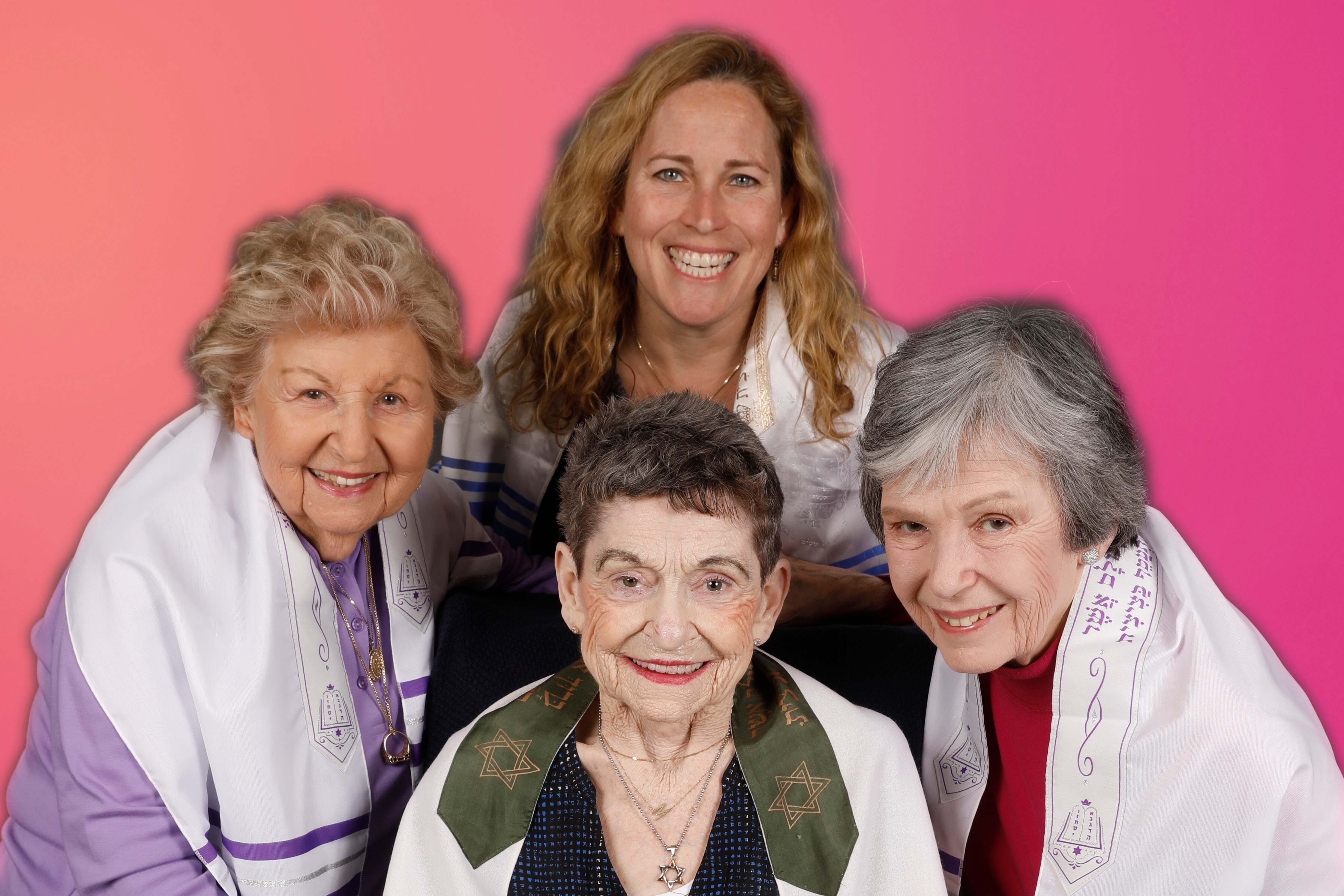 For Moccio, this was her second involved process with Bender. Last fall, when Moccio, a new resident at the Jewish Home, was moved to hospice, she called for the rabbi. “I’m not afraid of dying,” she confided to Bender, “but I’m afraid of dying a non-Jew.”

Moccio’s daughter had converted to Judaism, and her granddaughter, Payton, is Jewish. Moccio herself felt Jewish in every way. She had just never gotten around to converting. “We arranged a conversion for her without the rigor of a regular conversion, because she was in hospice,” Bender says.

And so, after a moving conversion — in which Moccio chose the same Hebrew name as her granddaughter’s — it was time for Moccio to achieve another important Jewish milestone, the bat mitzvah.

The ceremony was the culmination of five months of hard work. “I could’ve made it easy,” Bender says, “but I didn’t.”

She adds: “It could have been superficial, but they were serious students. I kept raising the bar very high and they kept meeting it and surpassing it. They really led their community reading Haftorah.”

And it wasn’t just an intellectual challenge — the three women also have health problems that made the task harder. But they persisted, and it paid off.

The bat mitzvah, Frankie told the crowd, was “a terrific way to get revenge on Hitler.”

As for Frankes, she shared with the guests some sage marital advice inspired by the week’s Torah portion. (The gist: Always talk through anything that bothers you, and don’t let resentment fester.) She went on to talk about the meaning of the ceremony to her, especially as her own father had believed that girls should not have a Jewish education. In fact, the bat mitzvah was Frankes’ first time reading from the Torah. 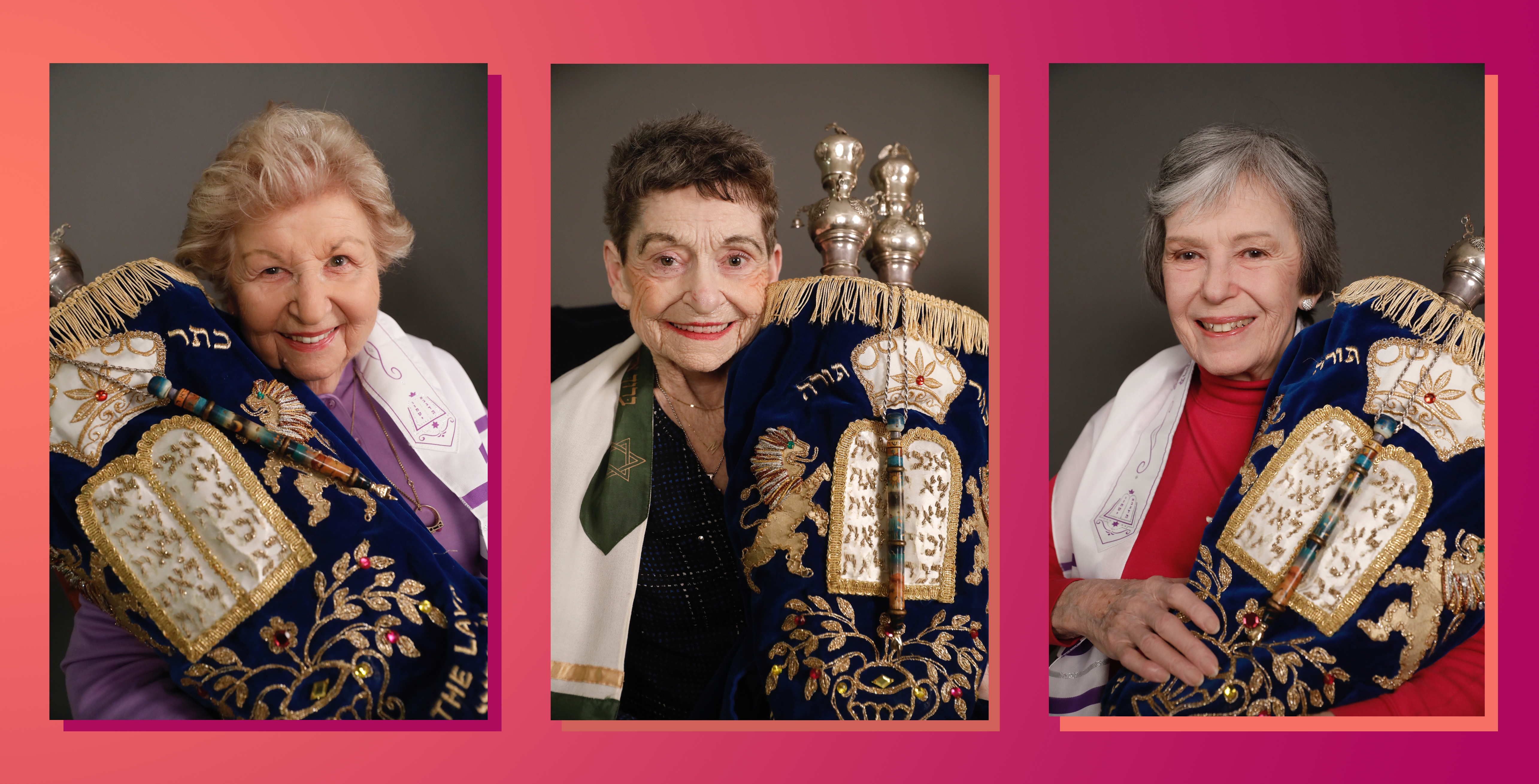 “Not having had the opportunity to do it when I was young,” she told the crowd, “it means so much to me to have learned a portion of the Torah now.”

And despite the lack of opulence in the ceremony — it took place in the lobby, which is serving as the Jewish Home’s temporary synagogue, and was followed by a simple oneg of wine, challah, and rugelach — the women did get some pretty amazing bat mitzvah gifts.

“We were so excited, we got them a bunch of stuff,” Bender says. “We got them a siddur, a kiddush cup with their names inscribed, a bat mitzvah certificate, and a photo of each of them with a talit and Torah scroll.”

But the best gift was an idea from Bender’s 15-year-old daughter, who volunteers at the home. “She told me ‘Mom, you know how adults present stuff to kids at bat mitzvahs? You should have a kid present them with something.’ And I said, ‘How about you?’ So I had these little Torahs made that were also inscribed. She presented to them and said, ‘On behalf of my generation, thank you for carrying the Torah in your generation.’ It was really meaningful.”

The other residents were so moved that, according to Bender, many of them came up to her, saying, “I want to become bat mitzvahed, too!”

We’re moved, too, and are grateful to these amazing women, who teach us that we can always continue to grow and achieve incredible feats at any age. Mazel tov!