These Famous Jewish Women Open Up About Their Abortions 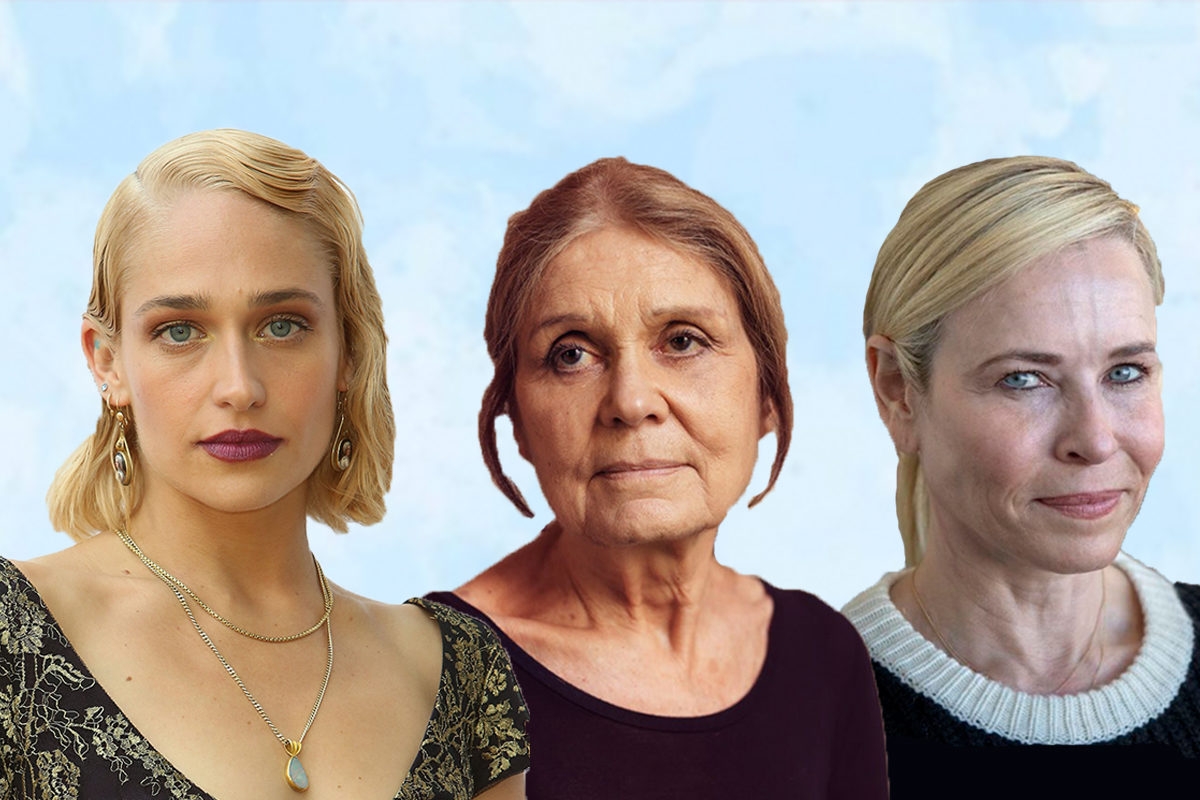 Editor’s note: This piece was originally published on May 17, 2019. In light of the Texas state law banning abortion after 6 weeks, which is now in effect, we are republishing this story today.

This past week has been excruciating for women, to say the least. Our reproductive rights are slowly (really, not that slowly) being stripped away, state by state, the latest of which comes from Alabama. Their new, heart-wrenching abortion ban — the most restrictive anti-abortion law in the United States — adds insult to injury in the wording of the bill by comparing abortion to the Holocaust and mass genocide. It’s infuriating.

As we know, banning abortions doesn’t stop them from happening, it only makes it more dangerous for women who have them done illegally. Interestingly, more than half of women who get abortions in the U.S. — about 59% — are mothers, according to the Guttmacher Institute. And without access to safe abortions, their lives — which, of course, extends to their children’s lives — are put at risk. So how can these white men argue they’re pro-life?

In response to Georgia’s and Ohio’s Heartbeat Bill, and Alabama’s Human Life Protection Act, scores of famous people are using their platforms to speak out against the restrictive laws. We rounded up Jewish celebrities who’ve opened up about their experiences with abortion in the hopes of raising awareness for the issue.

It’s important to note: When it comes to Judaism’s “official” response to abortion, it’s a bit complicated. However, Jewish law clearly places a priority on a mother’s life if a fetus poses a threat to her health. There is some dissent among Jewish experts when it comes to “non-therapeutic” abortions, but a very relevant fact is that 83% of Jewish adults support abortion in all or most cases, according to a recent Pew study.

Ready to meet these brave Jewish women? Read on!

Almost exactly three years ago, comedian Chelsea Handler, 44, penned an article in Playboy about how Roe v. Wade saved her. As a teenager, she was in an unhealthy relationship with a boy who got her pregnant. Her parents took her to Planned Parenthood when she was 16 to get an abortion, and when Handler was impregnated by that same boyfriend later that year, she got another abortion.

“I’m grateful that I came to my senses and was able to get an abortion legally without risking my healthy or bankrupting myself or my family,” Handler wrote. “I’m 41 now. I don’t ever look back and think, God, I wish I’d have that baby.”

Iconic feminist Gloria Steinem first opened up about her abortion in 1969 at an event to legalize abortion in New York. The activist, 85, shared that when she was 22, she has an abortion in London. Steinem said she used to try and make herself feel guilty for having an abortion by trying to figure out how old her child would’ve been, but she never felt like a bad person for it. “I think the person who said: ‘Honey, if men could get pregnant, abortion would be a sacrament’ was right,” she said. “Speaking for myself, I knew it was the first time I had taken responsibility for my own life.”

Steinem later dedicated her book, My Life On the Road, to the doctor who performed her abortion.

Actress Jemima Kirke is incredibly resilient. In 2015, the Girls star joined the Center for Reproductive Rights to share her story about ending a pregnancy for their Draw the Line campaign. “I still see shame and embarrassment around terminating pregnancies, getting pregnant, I still see it,” she said. “So I have always been open about my stories, especially with other women.”

The Jewish mother of two got pregnant by an ex-boyfriend when she was a broke college student. Unsure of the longevity of their relationship, Kirke managed to gather enough funds to undergo an abortion, and she did it without anesthesia because it cost too much. Because of her experience, Kirke, 34, understands the importance of fighting for reproductive rights, so that no one, even her daughters, end up in the same situation.

While in a relationship with filmmaker Warren Beatty, actress Joan Collins, 85, got pregnant. They were both in their 20s and neither Beatty or Collins wanted to jeopardize their careers. “It would have been unthinkable to have a child,” Collins told Piers Morgan. She added that neither of the stars had money to support a child. “I had nothing, and I believe if you are going to bring a child into the world that you have to have a responsibility to that child.”

Collins knew she made the right decision. “I’m so happy that Tara [her daughter with the late Anthony Newley] was my first child, I love her dearly and it would not have been the same had I had another child.” Collins had two more children, one with Newley and a third with her third husband, Ron Kass.

Just seven years before the infamous Roe v. Wade case, feminist lawyer Gloria Allred — who later became the attorney for “Jane Roe” — experienced a horrendous abortion. The 77-year-old wrote about her back alley abortion in her autobiography Fight Back and Win. She was on vacation in Mexico, where abortion was illegal, and was raped at gunpoint. “The doctor [at the hospital] told me he didn’t care if I lived or died,” she told the LA Times. “The nurse told me this was my fault.”