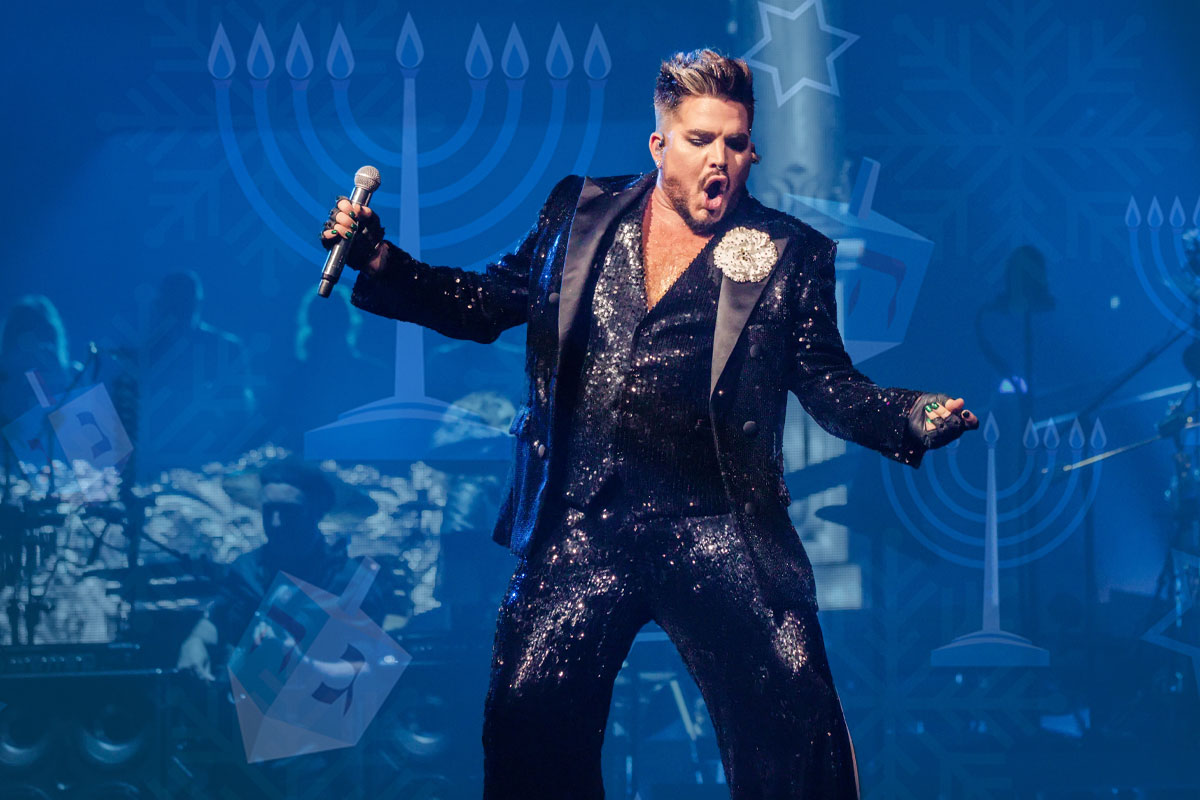 I won’t fight about a lot of things because I’m a peaceful soul, but I will fight about the fact that Adam Lambert remains one of the best “American Idol” vocalists of all times.

If you don’t know Lambert (hiss), he was the runner up on the eighth season of “American Idol” and is currently a Grammy-award winning star. He’s also Jewish. He once sang “Shir Lashalom” at a memorial concert for Yitzhak Rabin and performed Kol Nidre at a 2007 Yom Kippur service. In a 2016 concert in Israel he even tried his hand at Hebrew — wishing the audience an “erev tov” (good evening) and thanking them with a “toda raba.”

This past Saturday, in an appearance on “The Jonathan Ross Show” on the British public channel ITV, Lambert once again celebrated his Jewish heritage the best way he knows how: in song.

“Hanukkah starts, is it tomorrow it starts?” Ross asked Lambert, who appeared on the show to promote an upcoming album of cover songs, including one of Duran Duran’s “Ordinary World.”

“Yeah, L’chaim,” Lambert replied, with the Hebrew word for “to life.”

Ross then shared that his wife and daughter are Jewish, so they do the Friday night blessings together. Ross’s wife is screenwriter Jane Goldman, who has worked on the “X-Men” and “Kingsman” movies.

When Lambert asked if they were going to light the menorah, Ross replied that they will be, but, “I’m not heavily involved in that because I’m not Jewish and I’m not sure I’m allowed to touch it.”

“There’s a prayer with the menorah and I used to like singing it, because, well, singing is a thing I do,” Lambert told the host.

He then starts belting out the Hanukkah blessing so beautifully. While he mispronounces the word for lighting a candle, the rendition was almost flawless, and surprisingly moving.

Lambert gets an ovation from the crowd and a “beautiful” from fellow guest Minnie Driver.

Honestly, I’m very impressed and I just love getting to hear these talented stars belting out Jewish prayers — from Jack Black to Pink.

I think it’s time for a Hanukkah blessings celebrity album!