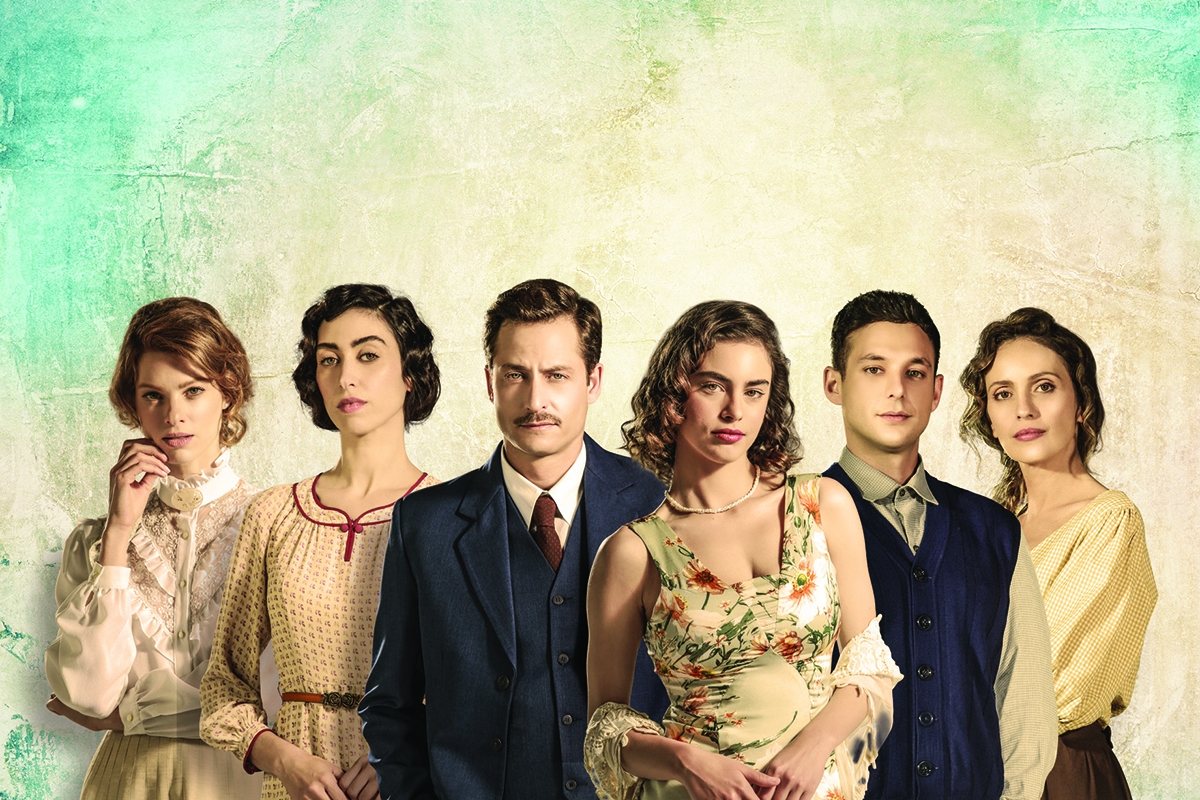 It’s been almost a year since the “Beauty Queen of Jerusalem,” the epic Israeli show starring, among others, “Shtisel” heartthrob Michael Aloni, premiered in Israel. Lovers of Israeli TV were starting to get desperate for news of the show’s international release. Now, we can finally say that it will be available to stream worldwide super soon — premiering on Netflix on May 20. Hallelujah!

For those of you who haven’t heard of this extremely exciting period melodrama, “Beauty Queen of Jerusalem,” produced by Yes Studios, the same production house behind “Shtisel” and “Fauda,” follows the story of the Sephardi Ermoza family, whose women have been cursed to marry men who do not love them. It’s based on the novel of the same name by Sarit Ishai-Levi — who, like the book’s characters, is a member of a Sephardi Jerusalem-based family with longstanding roots in the region.

The title of the show refers to Luna Ermoza, the most beautiful woman in town played by newcomer Swell Ariel Or. It weaves the tale of her tragedy-ridden family through several decades, starting in Jerusalem in 1917 — the year of the signing of the Balfour Declaration, which announced the British support of the foundation of a “national home for the Jewish people.” The first season follows the city from Ottoman rule to British occupation.

It starts with the tale of the loveless match between Gabriel (Aloni) and Rosa (powerhouse Hila Saada of “Beauty and the Baker”), Luna’s parents. Gabriel is in love with an Ashkenazi woman, Rochel, played by Yuval Scharf (“McMafia”). But his mother, Mercada (Irit Caplan), infuriated by Gabriel’s intention to make a life with a woman who isn’t Sephardi, makes him marry the “ugly” Rosa instead after his father’s passing.

The two have a passionless marriage, as Gabriel’s affections are still elsewhere, but Rosa bears three daughters — Luna, Rachelika and Rebecca, to whom Gabriel is devoted. Luna, in particular, is the apple of his eye. She is fierce and confident and fully aware of her charm — the polar opposite of her mother.

Aside from telling a melodramatic tale of complicated family dynamics, the show is also a window into the region’s history. It focuses on the dynamics in pre-state Jerusalem between Jewish, Arab and Christian residents — with dialogue in Hebrew, English, Arabic and even Ladino, a rarity in Israeli TV.

It also follows the work of the Jewish resistance fighters in pre-state Israel, with characters in the show joining the Irgun or Etzel — the national Military Organization of the Land of Israel.

The show was filmed in historical sites across the country like Safed and Jerusalem. It has already won four Israeli TV Academy Awards, including best daily drama.

Season one will air in two 10-episode installments, with the first one dropping on May 20 and the second on July 29 — so you have a lot of episodes of this show to look forward to.

While I recommend watching this and all other Israeli shows in the original Hebrew with subtitles, the good news is that Michael Aloni actually provided the English dubbing for his own character. Swoon!

For those of you already worried about season two, have no fear: The second season is about to start filming in Israel this coming June. What a thrill.