This Is Not a Drill! Hanukkah 'Rugrats' Sweatshirts Are Available at Target – Kveller
Skip to Content Skip to Footer

This Is Not a Drill! Hanukkah ‘Rugrats’ Sweatshirts Are Available at Target 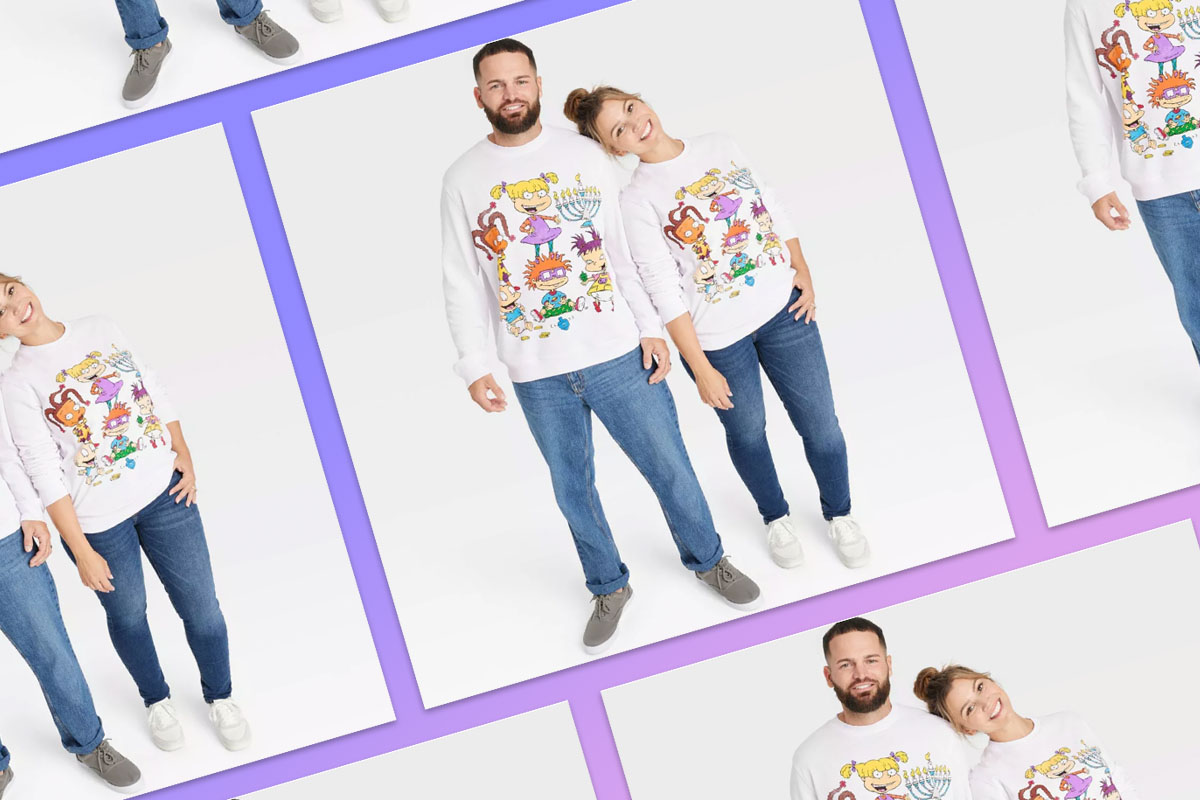 I moved to the suburbs this year, which means, yeah, I am now a Target mom — so much so that my son keeps asking me what the name of the Target dog is (it’s Bullseye, by the way).

While I do have complex and conflicting feelings about this culture of consumerism, I have to say that I am especially thrilled to have joined the cult of Target this holiday season, because their Hanukkah merch is spot on.

This year, the store has on offer Hanukkah dreidel and dinosaur leggings for girls (which you can also buy for boys IMHO!), this menorahsaurus sweatshirt for kids that my son is already wearing to school, really adorable kids pajamas and adult pajamas, as well as some surprisingly stylish Hanukkah throw pillows.

None of it, however, has gotten me as excited as their Hanukkah “Rugrats” sweatshirt. I mean, “A Rugrats Hanukkah” special remains, over two decades after it first aired, one of the best Festival of Lights-themed television episode ever made.

As a millennial Jewish mom who grew up on Tommy Pickles and his friends, and who is surprisingly fond of the Nickelodeon show’s reboot, this is so my jam. Seriously, I have never added anything to my online cart so fast.

I guess it’s because as a mom, I just want more Jewish merch catered to me (just me!!). And I love that this both speaks to both my sense of nostalgia and my love for Jewish holidays.

It’s a complicated time to be Jewish in this country, and I too am feeling demoralized, but I’m also more determined than ever to share my Jewish pride.

And hey, at least as I’m calling out antisemites on the internet, I’ll get to wear a lovely, nostalgic Hanukkah sweater. It’s the little things.

You can get the Target “Rugrats” Hanukkah sweatshirt here.

p.s. This post is not sponsored, but everybody on the Kveller team did immediately buy this sweatshirt.