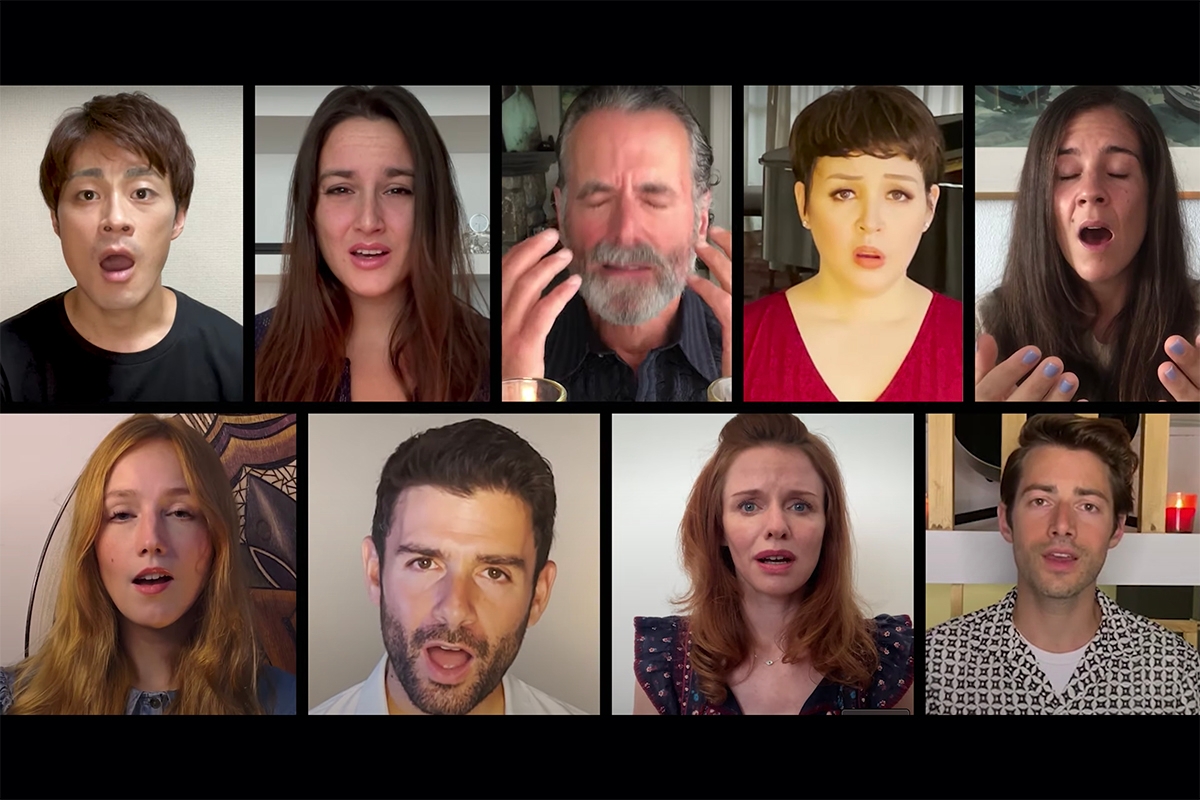 Shabbat, the Jewish day of rest, is a thing of beauty — and a recent multilingual, multicultural rendition of “Sabbath Prayer” from “Fiddler on the Roof” proves just that.

The video of this classic tune, which was released on September 10 by One Table and Broadway.com, was produced by Adam Kantor, who played Motel in the 2015 Broadway revival of the quintessentially Jewish musical.

This moving rendition was released the week of Rosh Hashanah, as Broadway was starting to reopen its doors to spectators for the first time in over a year. It is “a collective prayer for the safe return of Broadway and theaters everywhere” and is “dedicated to all those who make and continue to make live theater.”

Written by Jerry Bock and Sheldon Harnick for the 1964 musical, the song is typically led by patriarch and matriarch Tevye and Golde as they gather their family and guests for a Shabbat meal in the first half of the musical. This moving new version, however, features actors from around the world who play or have played different parts in “Fiddler,” singing in eight — yes, eight! — different languages. The result is surprisingly seamless and poignant.

The cast here is quite impressive! Aside from Kantor, there’s Steven Skybell, who plays Tevye in the Yiddish language production, and veteran actress Hani Furstenberg, who played Hodel in the Israeli Cameri theater production in 2008 (and whom you can see in the FX series “American Gods” and the horror film “The Golem.”)

Malu Rodrigues (who in 2011, played Hodel in the Rio De Janeiro theatrical production) sings in Portuguese, flanked by a big Star of David. French actor and singer Jeremy Charvet (who played Motel in the France National Tour) sings in French. Kyohei Kanda sings in Japanese — he plays Fyedka in the Toho Stage in Japan, where a production of “Fiddler” first premiered over 50 years ago.

Musical theater maven Cris Villonco, who played Hodel in the production of the play in the Philippines, sings in Tagalog. Both Maite Utal (Golde in the North American National Tour) and Manuela Del Campo (Java — Chava — in the Buenos Aires production) offer Spanish renditions of the song.

Just like Golde does in the play, some of the actors are shown in the opening of the video lighting Shabbat candles. Skybell notably lights a gorgeous pair of oil candles. Each actor has two candles alight in the frame as they sing in their respective homes.

The video juxtaposes these at-home performances with pictures of the actors playing their respective Fiddler characters, as well as with videos of some of them going back to their theaters after a long, pandemic-induced pause in performances across the world.

Capturing the spirit of Shabbat is just one of the many brilliant aspects of “Fiddler on the Roof.” “Sabbath Prayer” distills the meaning Shabbat so well — Shabbat is family, Shabbat is peace, Shabbat is continuity, resistance, and, lest we forget, tradition (TRADITION!).

While “Fiddler” — based on a short story by Sholem Aleichem — is incredibly Jewish and specific, the musical is ultimately about the very universal push and pull between tradition and modernity. That’s why it translates so well into so many languages and cultures.

As we head into another weekend, this song and this specific rendition is a reminder of the comfort we can all find in Shabbat — be it through religious rituals, family togetherness, or a shared love of musical theater.

Shabbat shalom, gut shabbos, and buen shabat to all!