This Musician Is Making Hanukkah Music That Sounds Just Like Christmas 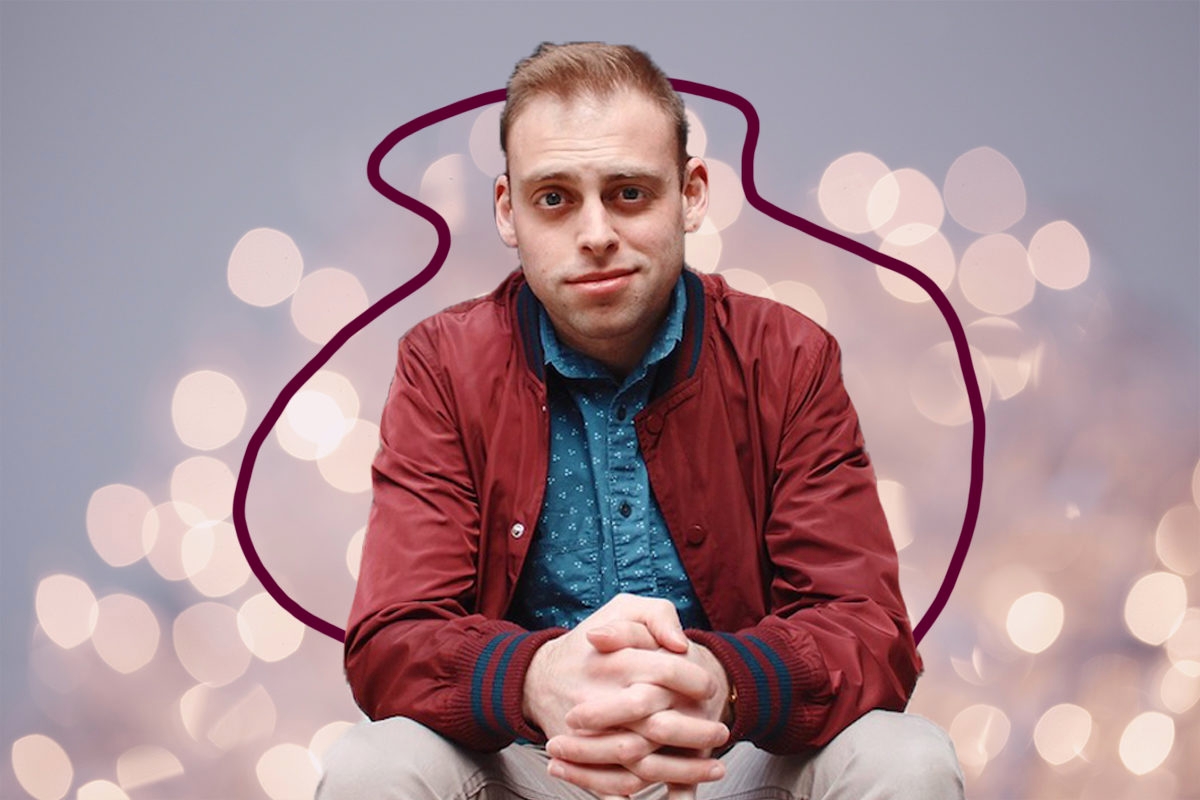 An entire cabin of kids at a summer camp contracted pink eye from Jewish singer Jacob “Spike” Kraus, but it’s not what you think. The campers were so moved by the original song he performed that they teared up, and with only one tissue among the gaggle of them, they were forced to share and pass it around.

“It’s funny, and also terrible, and also so gross,” Kraus tells me over the phone.

Formerly of the popular New York City based a capella group Six13, Kraus, 28, is talented at evoking emotional responses through music. Now based in Michigan, the touring Jewish musician recently steered away from performing popular Hanukkah parodies with his former cohort, and focused his energy on creating the Hanukkah EP of his dreams: Light Up the Night.

What makes this Hanukkah album different than all others? It’s essentially Christmas music, but for the Jews. After all, most Christmas songs were actually written by Jews. Irving Berlin wrote “White Christmas” in 1942, Johnny Marks penned “Rockin’ Around the Christmas Tree” in 1958, and in 2019, Kraus released the first album of Hanukkah songs written in the same jolly Christmas genre style.

With the help of Temple Israel, one of the largest Reform synagogues in the country, Kraus finally saw Light Up the Night come to fruition. The EP has four original songs that capture the classic American holiday genre while exploring the miracle of Hanukkah and Jewish identity.

I chatted with Kraus over the phone to talk about his one-of-a-kind album, Christmas envy, and the need for Hanukkah-Christmas music.

You recently moved to Ann Arbor with your girlfriend, and Temple Israel reached out to you for a year-long partnership, during which they sponsored the Hanukkah album. I hear about comedians having residencies at comedy clubs, but this is something entirely different. Tell me about it.

It’s pretty awesome. First of all, they’re pretty large, I think 3,600 families. It’s awesome that they have the ability to hire me with a salary, which not all communities do, and then to also be able to find the resources to fund the programs and do some of this cool creative stuff [like the album]. But in addition to that, it’s awesome to be in a community where it’s not just that they have the money to make it happen, but the open mindedness and commitment to innovation and creativity to say, alright, what are the ways that we can create a Hanukkah album that’s never been created before and have something that’s exciting for our community and the Jewish people at large?

How did you come up with the idea for Jewish Christmas music?

This is a concept I’ve been thinking about for like four or five years. Basically, I’ve always felt that Christmas music is awesome, and Hanukkah music is kind of lame, or has been in comparison. Christmas music really has a style and genre, right? It’s Nat King Cole and Frank Sinatra, it’s music that’s light, fun, and catchy, and we listen to it around the holidays to make us feel warm and happy when the weather gets really cold and dark. And so much of that Christmas music was actually written by Jewish people.

Jewish composers have had a connection to the genre of Christmas music, but they never thought to change the lyrics from being about Christmas to actually having Hanukkah themes and ideas. In a nutshell, Hanukkah music as its own is kind of very minor and traditional, and then you have the kitschy tunes like “I Have a Little Dreidel.” And that’s really it. I love Christmas music as a musician; I love the complexity of the chord progressions, the instrumentation, and just the songwriting and the way it’s written and performed. Christmas music is an incredible musical genre. And Hanukkah music just always kind of lacked that for me.

For this album, I wanted to write Hanukkah music in a style so that we get some of that light, joy, happiness, and American holiday feelings that we all grew up with and listened to on the radio for years, going back to the ‘50s. And the question was, can we have songs that feel naturally and intrinsically Jewish?

Growing up, did you have Christmas envy?

I certainly never had Christmas envy about the holiday, and I love spending Hanukkah with my family; eight nights of presents are way better than one night of presents. I love Hanukkah, but for sure, I’d listen to Christmas music and sing it and bop my head and learn all the words. Not the religious Christmas music like “Silent Night,” but the secular and cultural Christmas music. That was music I loved listening to that would get stuck in my head and I never had anything like that for Hanukkah. The biggest Hanukkah song that we have is “I Have a Little Dreidel” or Debbie Friedman’s “The Latke Song,” and they just weren’t on the same level for me musically. So this whole project kind of stemmed from my creative desire to be like, what if? What if those Jewish composers, instead of writing Christmas songs, wrote Hanukkah songs? What would that sound like? What would that be like? And can I try and do something like that?

You certainly executed it very well. What’s the feedback been like from family and friends?

Everybody is really passionate and excited about it. People approached me and say I understand this, thank you for making this, I get what the goal was, and I didn’t know that I wanted something like this until you made it. And that was really awesome for me, because a big vision and goal in my Jewish music, and non-Hanukkah related music, is innovation. How can we write Jewish music that sounds new, modern, and current? And how can we expand the definition of what Jewish music is? I’m really passionate about that. And I do a lot of explaining for my music, and this is the first time I’ve released songs that people have approached me and said, I love this, I get this, I understand exactly what you’re trying to do.

Have you gotten any backlash from folks who think Hanukkah and Christmas should stay separate?

When I was creating this and talking to people about it, the question was always, oh, it’s like Hanukkah Christmas music, isn’t that anti-Jewish? So I was really intentional when writing these songs about taking the musical styles from that era, the Christmas genre as we called it, and then to write lyrics that are original, mature, and sophisticated. Lyrics that aren’t kitschy, but that represent Jewish cultural values, religious values, and themes of the holiday. So we hit on things from light, miracles, and perseverance, but we also do the cultural stuff. I was really intentional about that. I wanted to create genuine, authentic Hanukkah music at its core that isn’t trying to pretend to be something it’s not.

Can we expect more songs from you next year?

I’d like to, but I don’t know if I’ll do an entire album. Maybe a song or a couple more. This has been really well received and I’d love to be able to continue to push these songs. I’m definitely available to make more, but I actually hope that other artists will follow this lead and start to write some songs that sound like this.