This Star-Studded Boyband Parody Is Truly a Hanukkah Miracle 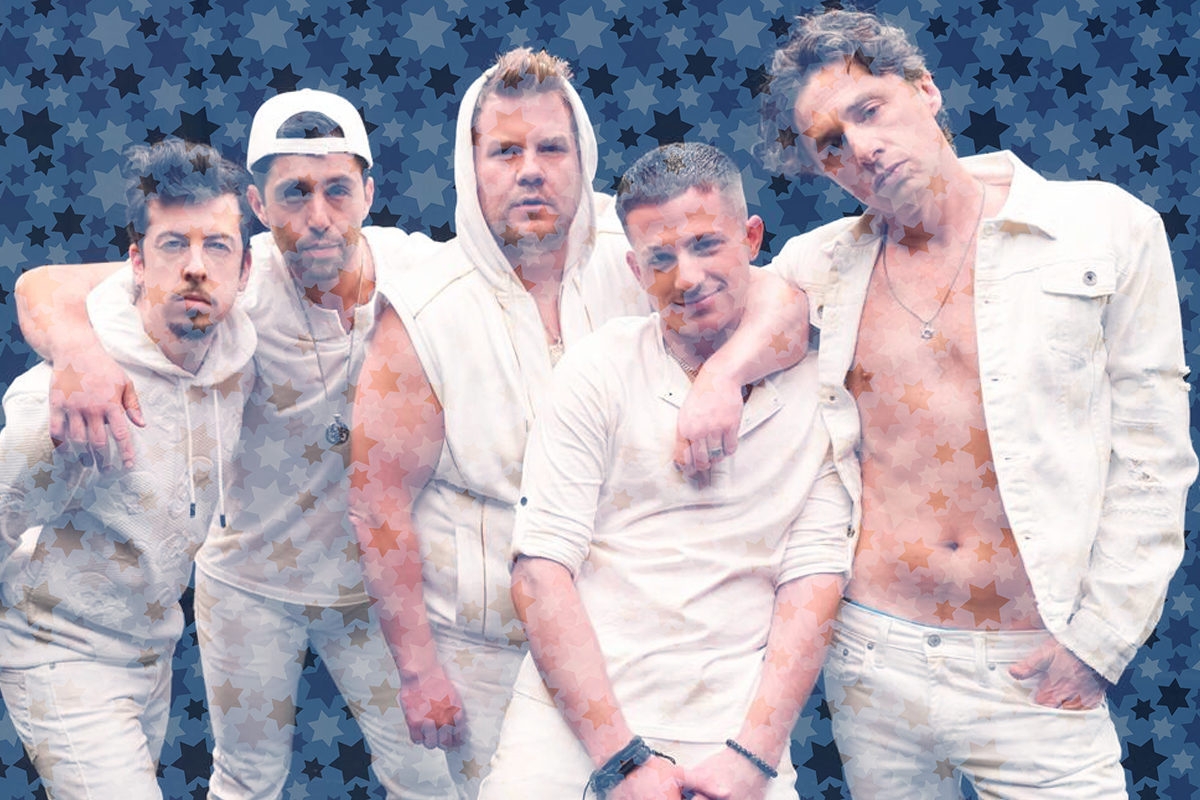 Alert: The hottest, catchiest, sexiest Hanukkah song ever to be written just dropped, and you need to watch it ASAP.

A shehechiyanu is in order for the newly-formed Hanukkah boyband, Boyz II Menorah! This “supergroup” of sorts just released their first (but hopefully not last!) original song, “A Week and a Day,” and it’s an instant Hanukkah anthem.

In a sketch for The Late Late Show, (non-Jewish) host James Corden was joined by a gaggle of sexy Jewish celebrities: Zach Braff, Charlie Puth, Christopher Mintz-Plasse, and Josh Peck (of Drake and Josh fame) to create one of the best Hanukkah parodies we’ve ever seen.

Granted, it’s not a true parody — the music and lyrics are original — but the name Boyz II Menorah definitely nods to the well established hip-hop group Boyz II Men. Is it a coincidence that Boyz II Men once joined YouTube sensation Puth (who has 16 million followers!) for an a cappella rendition of his song “If You Leave Me Now?” Perhaps. But that’s neither here nor there.

With hints of fellow Jew-ish boyband Lonely Island, the “A Week and a Day” music video begins with a lonely woman gazing out a snowy window. Suddenly, her attention is drawn to her calendar when she hears a sultry James Corden say: Girl, it’s that special time of the year, it’s the Festival of Lights. But ain’t no light shine brighter than the ones in your eyes.

Before you watch the music video, prepare yourself for the glory that is Zach Braff’s abs. In a black room which I can only describe as heaven on earth, the Hanukkah boyband, dressed in all white, serenades us (um, me), beginning with a solo from Jewish dad Peck: Got a week and a day of love for you this Hanukkah, girl.

Standing in front of a life-sized menorah, bag of gelt, and dreidel, Peck passes the figurative shamash to Mintz-Plasse, 30 — whom you probably won’t recognize as McLovin from Superbad — who has a surprisingly dulcet voice: Got a week and a day to show you how much I care.

Next up? Sizzling singer Puth, who croons: Got a week and a day of presents for a girl who shines brighter than any menorah.

Fast forward a wee bit and the five-member, all-male group shows off the oh-so-classic Hanukkah gifts they’ve promised to give their girl. The gifts in question are revealed in the following order: a gold chai necklace, a menorah snow globe, dreidel printed socks, a bottle of Manischewitz (lol), a Ruth Bader Ginsburg collectible action figure, a check for $18, more Hanukkah socks, and lastly, a plate of lox, tomatoes, capers, and a bagel with schmear.

Please, I beg of you, watch the whole video because the lyrics in between each gift unveiling are the best thing you’ll hear all week. Well, except for the hook that happens next: All the Jewish members of Boyz II Menorah sing a Hanukkah prayer pun. Dear reader, it’ll make your heart melt:

Braff: Girl, baruch atah I don’t know how you do it.

All together: Shel Hanukkah.

The video then returns to the sad girl we saw in the beginning. Alas, she’s still sad — but then she’s transported to the heavenly room with Boyz II Menorah, who lift her holiday spirits — quite literally. Oh, what I would do to be lifted in a chair by those sexy men!

I’ve seen my fair share of Hanukkah parodies and anthems this holiday season, but “A Week and a Day” may be my personal favorite. Sure, books and socks may be excellent Hanukkah presents, but this video may be the greatest gift of all. Happy Hanukkah!