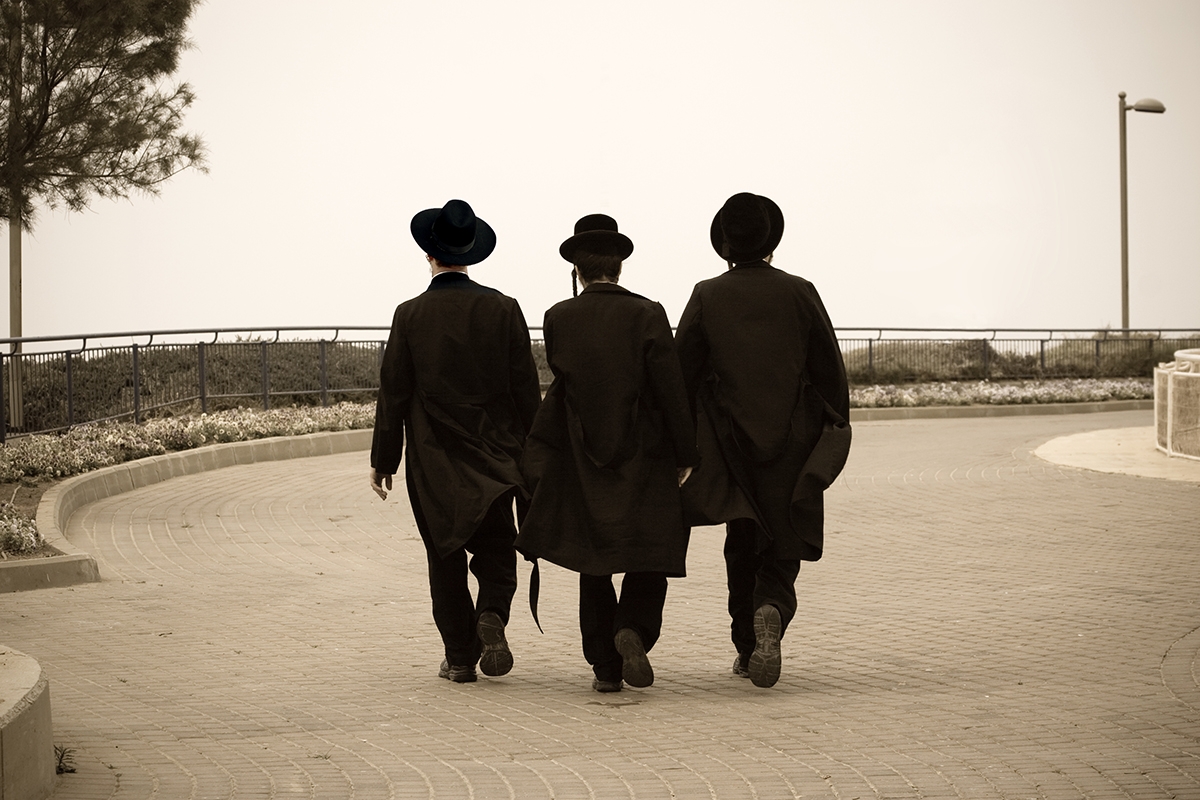 There are so many Israeli TV projects to look forward to right now, but if you were to ask me what Israeli show I’m most excited about, it’d have to be the upcoming TV debut of film director Rama Burshtein. Burshtein has directed two of my favorite movies about religious women: “Fill the Void” and “The Wedding Plan.” (If you haven’t seen these yet, I recommend watching them ASAP).

Burshtein, 54, was born in New York; her family moved to Tel Aviv when she was 1. She grew up secular but converted to Orthodox Judaism in her 20s, after graduating from one of the first classes at Jerusalem’s now prestigious Sam Spiegel Film & Television School. With “Fill the Void” in 2012 — one year before the premiere of “Shtisel” — Burshtein began sharing with the world her evocative explorations of the lives of Orthodox Jewish people; specifically, a world of complex women and their love lives.

Her upcoming show, “Fire Dance,” looks incredibly promising for so many reasons. The show, which will air in Israel on Yes TV and is a production of Yes Studios (the studios behind “Shtisel,” “Fauda,” and the upcoming and very thrilling “The Beauty Queen of Jerusalem”), is set to premiere in later 2021 or early 2022. Its first season will span seven episodes. It centers on the coming-of-age story of Faigie (played by newcomer Maya Ivrin), a troubled young woman who becomes fascinated with an older married rabbi, who also happens to be the son of her haredi community’s recently departed religious leader.

That rabbi, Nathan, is played by Yehuda Levi, a veteran Israeli heartthrob. The model and actor has a prolific TV career that spans two decades — you can actually watch him now as the star of “Mossad 101” on Netflix — and has even played a rabbi before in the 2013 movie “Wonderland,” opposite Yuval Scharf, who is about to star in “The Beauty Queen of Jerusalem” as Michael Aloni‘s love interest. (Yes, the Israeli TV world is very incestuous!).

Here is a preview picture of Levi in this show:

Levi, as dreamy as he is, isn’t the only cast member I’m excited about here. Noa Koler, whose show, “Rehearsals,” is one of the best things o have aired on Israeli TV (hoping for a stateside arrival for this one, too!) also stars in “Fire Dance.” In one of her first leading roles, Koler starred in Burshtein’s 2016 film “The Wedding Plan.” (The two grew so close that Burshtein’s first husband circumcised Koler’s son.) Other exciting stars include Ido Bartal, who recently played Aviram in “Valley of Tears.”

The plot of “Fire Dance” is incredibly intriguing: Nathan wants to succeed his father, but he faces resistance from his community because he has a bit of a reputation as “a women’s rabbi.” Aside from that, he runs a workshop that employs seamstresses who deal with mental illness, run by Faigie’s mother, Rayzee. As an article in Variety about the show details, Faigie ends up working for Nathan after surviving a suicide attempt, helping him with his household while his wife, Yocheved, is pregnant with their first baby, after almost two decades of childlessness. The two grow close, and Faigie falls for Nathan, even though that love is forbidden in their community.

Danna Stern, managing director at Yes Studios, describes the show as “a cross between ‘Mad Men’ and ‘The Handmaid’s Tale’ as obviously the themes and subjects are very different.”

Like “Shtisel,” Burshtein brings the same kind of authenticity to her work — because she depicts the community as an insider. When she spoke with Haaretz back in 2012 about Haredi representation in movies, she lamented that secular creators “are usually interested in Hared life only from the point of view of ‘what the Torah forbids and I want.’ To live on the world of the Torah doesn’t seem to them like something interesting enough, and that’s weird to me.”

“In these movies [made by secular directors about haredi people] it always looks like people don’t like the Torah. Want to stray from it,” she added. “And for someone who became Orthodox, that is strange.”

Burshtein, who is part of the Breslov Hasidic sect, became observant mere months after graduating from film school, and she relinquished creating films for a while. Burshtein was in her 40s and a mother of four when she went back to her passion for film, and her movies won many Ophir awards, the most prestigious honor in the Israeli filmmaking roles, as well as accolades in festivals around the world. “Fill the Void,” her 2012 movie, earned actress Hadas Yaron (Libi from “Shtisel”) a best actress award at the Venice Film Festival. She apparently came up with the idea for “Fire Dance” while flying around the world for the promotion of that movie.

So yes, this is one heck of a promising show from one seriously gifted creator. Filming began in November 2020 in locations across Israel; and, according to Ivrin, it wrapped around December. While there’s no news yes about where, when, how and even if the show will be released internationally, we can’t conceive of a show like this not being snatched up by an international (or at least a U.S.-based) distributor. We will of course let you know the moment we get more information (and hopefully more previews) of “Fire Dance.”