We Should All Celebrate the Ancient Jewish Holiday of Sigd 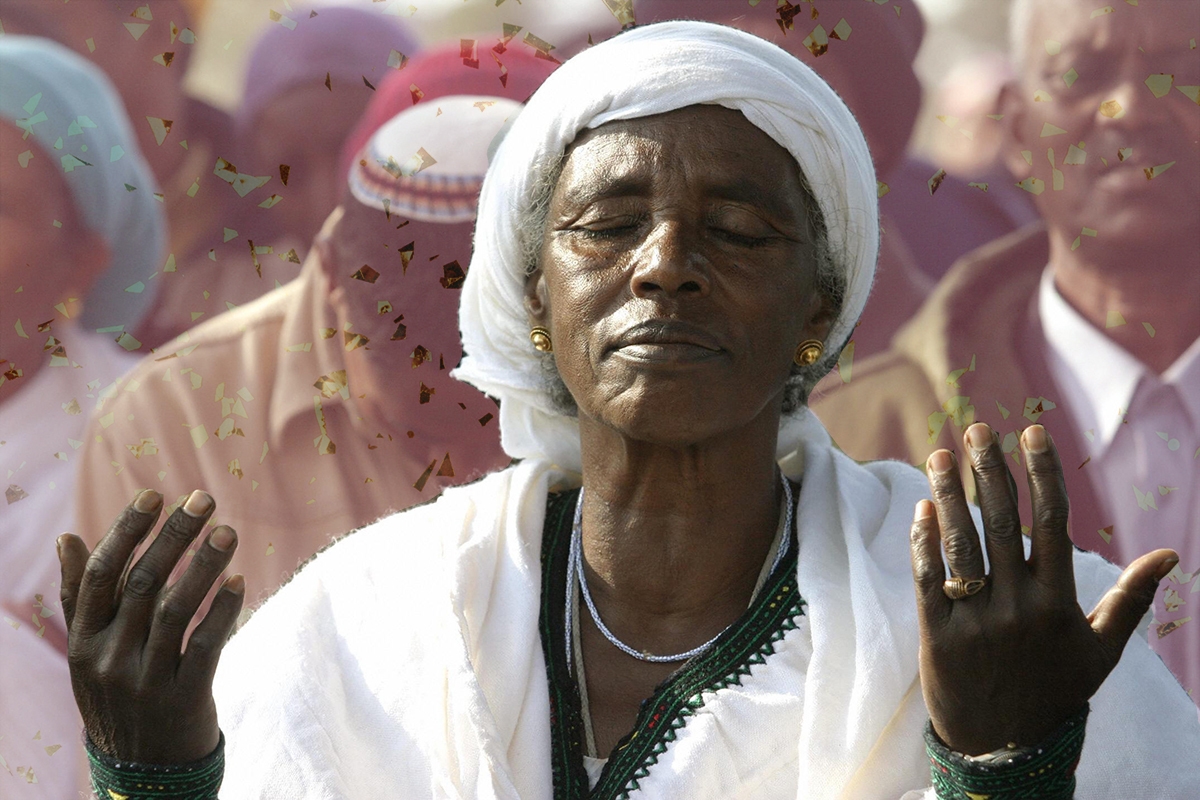 Editor’s note: This piece was originally published in November 2020. It has been updated for Sigd 2021, which begins this year on the evening of November 3.

While most Jewish families consider Hanukkah the next big Jewish holiday, don’t overlook the holiday of Sigd, which begins this year on the evening of Wednesday, Nov. 3.

Sigd is an ancient Jewish holiday, but if you haven’t heard of it before, you are not alone! Sigd has been celebrated continuously for centuries, but until recently, it was observed exclusively among Ethiopian Jews. However, in 2008, Sigd became an official Israeli national holiday, and it is now celebrated in the Jewish state as both a religious holiday and an exploration of Ethiopian Jewish culture. As such, it’s a perfect holiday for American Jewish families interested in strengthening their connection to and understanding of the global diversity of Judaism.

The Jews have a long history in Ethiopia: According to legend, Jews first came to Ethiopia in the time of the biblical King Solomon. They continued to observe Jewish traditions and holidays, even though they were disconnected from Jews in other parts of the world. Over the millennia, Ethiopian Jews developed their own unique expressions of Judaism, including writing and reading the Torah in Ge’ez, a holy Ethiopian language; having spiritual leaders known as Kesim and, of course, the celebration of Sigd.

In Ethiopia, Sigd was a highlight of Jewish life. Coming 50 days after Yom Kippur, this holiday brought Jews together in a large communal celebration. Similar to the Day of Atonement, they would climb a tall mountain and spend the morning repairing interpersonal relationships as well as fasting and praying for a return to Jerusalem. In the afternoon, they would gather for a festive celebration.

In the 20th century, Ethiopian Jews began to actualize the dream of returning to Jerusalem. Since the 1950s —  and primarily in the 1980s and early 1990s — the Israeli government has helped settle 90,000 Ethiopians in Israel. Once they arrived in the Jewish state, Sigd became an occasion to celebrate the return to Jerusalem. Ethiopian Israelis did this by coming together in Jerusalem, praying, and connecting with family and friends.

These days, Sigd is commemorated in Israel with festivals of Ethiopian culture, and these observances are now shared with Jews of all backgrounds. Your family can get in on the action, too — and that’s especially true this year, as the continuing pandemic means that many events are still fully virtual. (For example, on Wednesday evening, the Consulate General of Israel to New England is hosting “Sigd: In Between Israel and Ethiopia,” a free event that includes a performance by Ethiopian Israeli rapper and singer Orit Tashoma — more info and registration here.) By honoring and celebrating Sigd, we help broaden our understanding of who the Jewish people are and who is in our community.

Sigd is a perfect time to learn more about Ethiopian Jewish culture and history. For early readers, we recommend Yuvi’s Candy Tree by Lesley Simpson; Yosef’s Dream by Sylvia Rouss; and Day of Delight: A Jewish Sabbath in Ethiopia by Maxine Rose Schur. There are also a number of books for young adult readers such as Daughters of the Ark by Anna Morgan and The Return by Sonia Levitin. More information about Ethiopian Jews and the celebration of Sigd, including a slide show suitable for families, can be found online.

Of course, no Jewish holiday is complete without food! Sigd is a great time to introduce your family to the wonders of injera, a spongy flatbread made of teff that’s used to scoop and eat Ethiopia’s many delicious stews. The food of the Ethiopian Jewish community is the same as that of Ethiopians at large, so if there’s an Ethiopian restaurant in your area, Sigd is a great excuse to get some takeout! If not, there are many simple, kid-friendly dishes you can make at home, such as spice cookies or dabo bread.

If there’s a holiday, having a dance party is always appropriate. Ethiopia has a long and rich musical tradition, of which Jews have long been a part, and, in more modern times, Ethiopians have made an impact on the Israeli music scene. Some of this contemporary music, like this version of “Lecha Dodi,” a hymn that welcomes Shabbat on Friday nights, is religious in nature. Other Ethiopian Israeli music reflects the experiences of Ethiopians in Israel; their integration into the Israeli music scene; their identification with Black Americans; and the unique mixture of all of these influences and experiences. (Be sure to check these links out — you won’t be disappointed!)

In a year that saw renewed and widespread understanding of the importance of the Movement for Black Lives, celebrating Sigd provides American Jews with a unique opportunity to activate our sense of the racial diversity of the Jewish community. By celebrating Sigd here in the U.S., we send a powerful message that we are all part of the global Jewish peoplehood.

As they say in Amharic, “Melkam yesigid beal.” Happy Sigd!

4 Steps for Talking to Kids About Mass Shootings