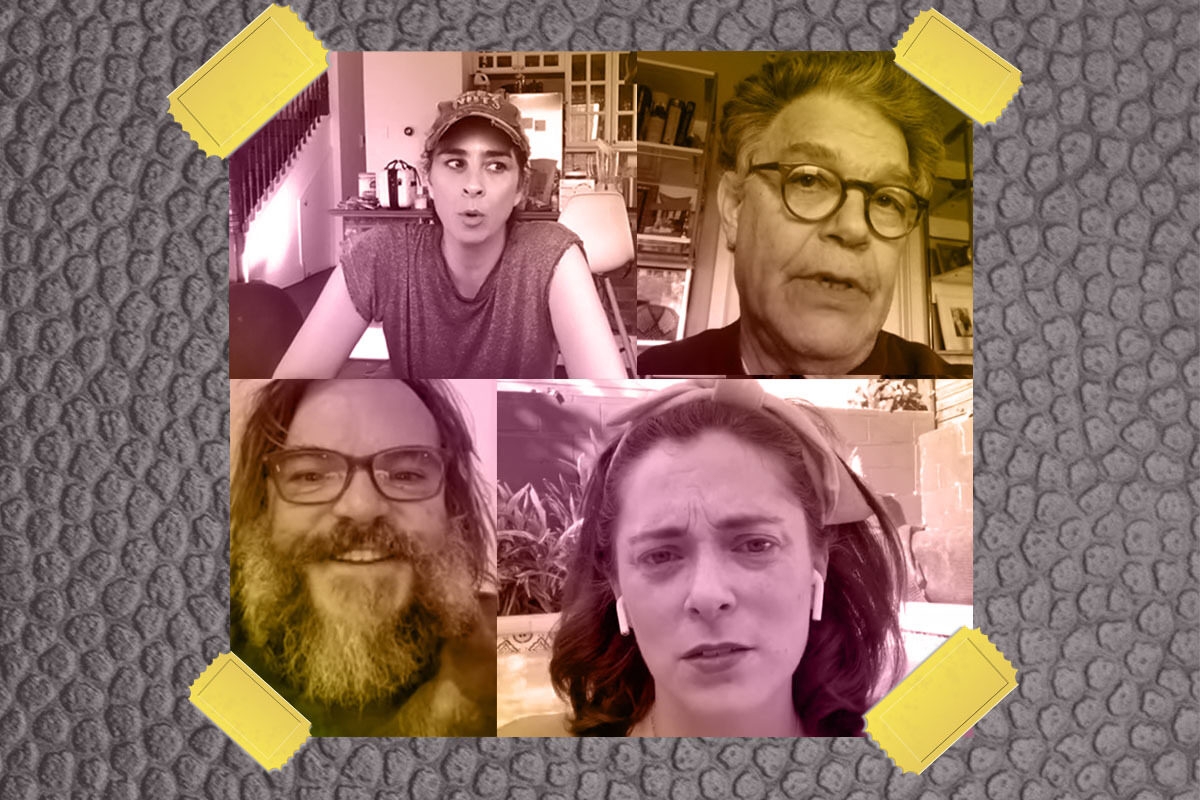 Gal Gadot’s celebrity rendition of John Lennon’s “Imagine” was meant to unite the world during these tough times. In a sense, it did — by catalyzing a bunch of parodies mocking the video.

The latest implicit jab at our favorite Jewish mom’s stunt? A most excellent performance of a bunch of comedians singing Weird Al’s “Eat It.”

“Truly there’s no problem that can’t be overcome when you get a bunch of celebrities together to sing something,” Al Yankovic tweeted on Wednesday. (Yankovic, as it happens, is one of those celebs who certainly seems Jewish; alas, he is not.)

Truly there's no problem that can't be overcome when you get a bunch of celebrities together to sing something. https://t.co/gBOEz9q1YX

On Wednesday night, a video featuring so many Jewish comedians aired on a Zoom revival of Mr. Show, the 1990s sketch comedy show starring Bob Odenkirk (Breaking Bad, Better Call Saul) and David Cross, one of our favorite Jewish comedians.

Odenkirk and Cross hosted the “Mr. Show Zoomtacular Annual Business Call Event for Charity” to raise funds for Lift, an organization seeks to break the cycle of families living in poverty.

Who are the featured Jewish comedians in this very fun video? There’s new Jewish mom Rachel Bloom, who’s seen in a hot tub wearing airpods (be careful!); Sarah Silverman, of course; and Patton Oswalt, who isn’t Jewish, but his wife Meredith Salenger sure is. There’s also Jewish dad Jack Black — with his magnificent self-isolation beard and all —  reviving the voice of his School of Rock character, Dewey Finn, and an appearance by former Senator Al Franken.

Also present are assorted cast members from Breaking Bad, including Bryan Cranston.  But you don’t have to take our word for it! Watch the amazing rendition for yourself — and be sure to watch until the very end:

Jewish or not, we want to thank all of these celebs for doing a bit of tikkun olam during these tough times — and for making us laugh, too!