10 Surprising Jewish Facts That Will Delight and Distract You 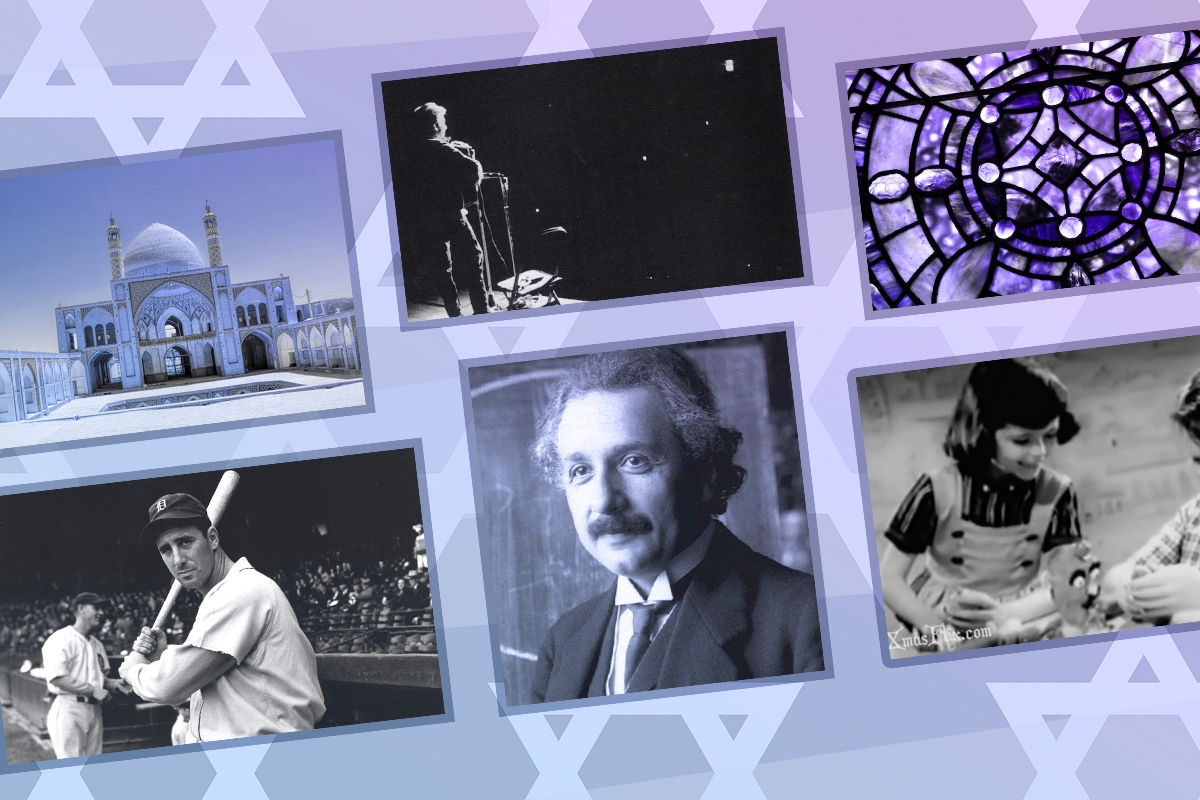 With all that’s happening in the country and the world this week, we all need some distraction. One of my favorite ways to forget about the chaos of the present is to learn fun facts about the past. Nerdy? Perhaps. But interesting? You bet!

Fortunately, perusing the archives of Jewniverse — a collection of fun and sometimes shocking dispatches about Jewish culture, tradition, and history, published by our partner site, the Jewish Telegraphic Agency — has been an excellent exercise in anxiety reduction. As I fell down the Jewniverse rabbit hole, I found myself delighted by everything from the Jewish history of the Crock-Pot, to Betty Boop’s Jewish background, to the existence of a  tampon brand in Japan named for Anne Frank. (I kinda wish I was joking about that last one.)

If you need a brain break today — or anytime, really —  check out these 10 uplifting and surprising Jewish tidbits I’ve recently discovered. And if you’d like more offbeat Jewish gems like these, be sure to sign up for Jewniverse’s weekly newsletter here.

While the Jewish population in India numbers roughly 4,600, a teensy sliver of the country’s total population of some 1.38 billion, there have been multiple Jewish winners of the Miss India beauty pageant. Esther Victoria Abraham — better known by her stage name, Miss Pramila — won the first-ever Miss India pageant in 1947. Later, the crown was given to Jewish model Fleur Ezekiel in 1959 — she then went on to represent India in the Miss World pageant — and dancer Salome Aaron, the daughter of a Jewish couple credited with bringing the samba to India, won the title in 1972. Mazel tov!

2. There was actually a fish called the jewfish.

Yes, it certainly sounds vaguely antisemitic, but the origins of this Atlantic saltwater grouper’s name is a bit of a mystery. Some theories include that it evolved from the Italian “giupesce” (“bottom fish”), or that it’s a mispronunciation of “jawfish” because of the fish’s large mouth. Today, however, the jewfish is no more. While this fish still swims our waters today, after complaints of cultural insensitivity, its name was officially changed to the goliath grouper in 2001.

3. Seinfeld caused Nancy Sinatra to miss the death of her father.

On the afternoon of Frank Sinatra’s death, his daughter, Nancy, was preoccupied — watching the series finale of Seinfeld. Nancy Sinatra had planned to visit her father — he lived only five blocks away —  but she got sucked into the highly-anticipated finale, learning he had suffered a heart attack only after he had died. Nancy has since described the ordeal as her “greatest sadness,” and the news is all the more devastating considering that the series finale was panned by just about everyone, including Jerry Seinfeld himself.

Hank Greenberg wasn’t just one of the first prominent Jewish players in Major League Baseball — his legacy also includes making waves as a manager. Greenberg chose players for his team based on talent, taking no account of race. His team, the Cleveland Indians, won the American League pennant in 1954 under his management, and it happened to have more Black players than any other team in the league at that time. Greenberg is also known to be one of the first players outside the Brooklyn Dodgers to publicly welcome Jackie Robinson to the league.

Fish and chips is considered a classic English dish, but its origins may surprise you. It turns out that Jewish refugees from Portugal actually brought the dish to England in the early 16th century; the delicacy is based on a Sephardic dish, pescado frito, or fried fish. Fish and chips were popularized in England by another Jew, Joseph Malin, who opened the first chippy in London in 1860.

Louis Comfort Tiffany may be most famous for his stained-glass lamp designs, but the artist also was responsible for numerous Jewish-themed stained-glass windows and mosaics. These jewel-toned creations were commissioned for synagogues and Jewish cemeteries throughout the 19th and 20th centuries. Perceived by some as an effort toward both assimilation and/or Jewish pride, the designs can still be viewed in a number of Jewish sites today, including Temple Emanu-El in New York City’s Upper East Side.

7. An Iranian official in France created a fake religion — saving Jewish families from the Nazis.

In France in the 1940s, the Iranian Consul, Abdol Hossein-Sardari, did something extraordinary: In an effort to save Iranian Jews from the Nazis, he invented a fake religion, Mosaique. “Some of the sixteen million Iranians…are converts to the Mosaique faith,” he said. “…They are descendants of the Aryan Indo-European race, with no relationship to the European Jewish race.” Using the Nazi’s bureaucracy against them, Hossein-Sardari reclassified 100 Iranian Jewish families and secured their deportation, likely saving their lives. This generous and creative act earned him a reputation as the “Schindler of Iran.”

Robert Zimmerman — later known as Bob Dylan — spent his childhood summers at Hertzl Camp, a Zionist sleepaway camp in Webster, Wisconsin. According to some stories, that’s where the young bard penned some of his first lyrics, as well as learned to play the guitar, harmonica, and piano. Dylan returned to the camp in the late 1970s when his son was a camper there.

Henry, Herman, and Hillel Hassenfeld, later known as the founders of Hasbro, sold the first Mr. Potato head facial parts kit after seeing potential in the invention by George Lerner, a Jew of Romanian descent. While the kit originally recommended that kids use real fruits and vegetables, Hasbro invented a plastic potato head in 1964 after receiving complaints from parents about rotten produce. Yuck!

Though he was well-known for his Zionism, Jewish theoretical physicist Albert Einstein was also outspoken against racism throughout his career. After receiving an award from Lincoln University in 1946, Einstein spoke out against racism and segregation, announcing that he “did not intend to be quiet” about racism, a “disease of white people.” He was also an ally to Black leaders at the time, serving as a character witness for W.E.B. DeBois and working with singer-turned-activist Paul Robeson on the American Crusade to End Lynching. What a mensch!