17 Jewish Baby Names That Were Popular in the 2000s 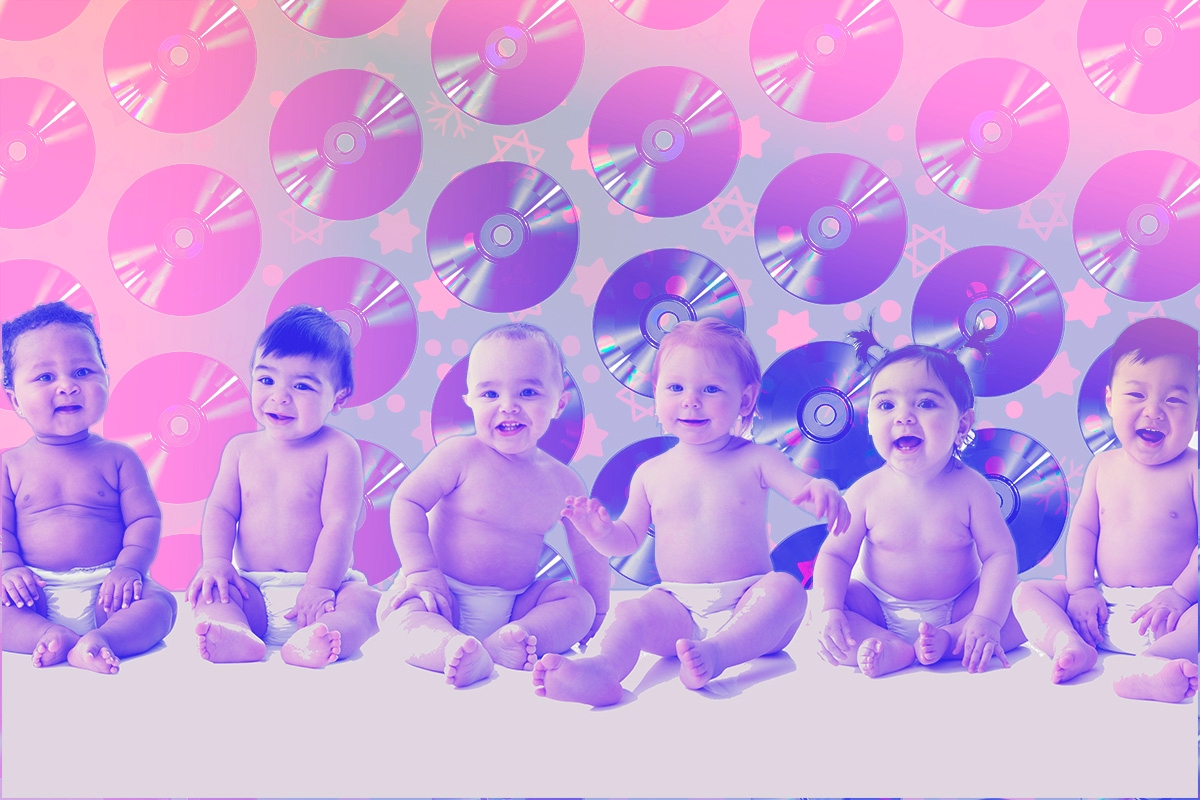 Oh, the 2000s! What a decade. The newly-invented gadgets, like the iPod and the iMac, were chunky and the jeans were low-rise. Pottermania reigned supreme, as did mega pop and hip hop stars like Beyoncé and Missy Elliot. And social media — MySpace and later, Facebook, invented by Jewish entrepreneur Mark Zuckerberg — brought the world closer together.

20 years later, boy, are we feeling the nostalgia for all of it.

The decade’s most popular Jewish baby names reflect the spirit of the times, featuring some very Y2K names for the new millennium along with some classics inspired by our matriarchs and patriarchs. The 200 top names from Social Security Administration’s list offer a plethora of Jewish options — and, just as the era did, all of them encapsulate the beautiful promise of new life.

Jacob — Claiming the top spot of most popular names for boys in the 2000s, Jacob is a name that honors the third biblical patriarch. And it means “to follow” in Hebrew!

Joshua — This Jewish name means “God is my salvation” in Hebrew. Joshua was the name of the leader of the Israelites after Moses; the Hebrew version is Yehoshua. It is also the name of Jewish dad Josh Peck who was a Nickelodeon legend in the 2000s thanks to his show “Drake & Josh.”

Levi — Meaning “attached,” the name Levi was given to the third son of Jacob and Leah. Additionally, the 2000s were a time of iconic fashion, which included the massively popular Levi’s jeans! With a name like Levi, your little guy will be the most fashion-forward kid at daycare.

Daniel — Whereas Daniel was the eighth most popular boy’s name in the 1990s, it jumped up to the fifth spot in the 2000s! Yay, Daniel! A name with Hebrew origins that means “God Is My Judge,” you can’t go wrong with this name — especially when the Jewish actor who played Harry Potter from 2001-2011 is, of course, Daniel Radcliffe.

Ethan — A name with Hebrew origins meaning “strong” or “enduring,” you might consider naming your child after one very strong Jew: Ethan Zohn, the winner of the 2001 season of “Survivor.”

Emmanuel — This name means “God is with Us” in Hebrew, and isn’t that just so comforting? While Emmanuel only came in at 175th most popular in the 2000s, maybe the name will encourage your baby to be a snuggle bug!

Jonathan — In Hebrew, Jonathan (or Yehonatan) means “God has Given.” And throughout the aughts, we were all given the hilarious gifts of Jewish comedian Jon Stewart on “The Daily Show.”

Michael — This Hebrew name means “Who is like God.” Famous Michaels include an angel (in the Jewish tradition) and the infamous character Michael Scott from “The Office,” which began in 2005. Though Steve Carrell, the actor who portrays Michael, isn’t Jewish, many writers from “The Office” are!

Jonah — As we all know, Jonah (or Yona), meaning dove or pigeon, was the biblical prophet who was swallowed by a giant fish or whale. This might be a good story to (jokingly) tell when your sweet little child Jonah inevitably grows up into a rebellious teenager.

Hannah — A name that honors the mother of the biblical prophet Samuel, Hannah means “compassionate” or “gracious” in Hebrew. This name also comes with a bunch of alternate spellings like Hana, Channah or Channa, if you want to switch it up!

Isabella — Though this name came to Hebrew through Greek or Latin first, it’s still gorgeous and means “My God Is an Oath.”

Ava — Meaning “life,” the name Ava is essentially a shortened version of the Hebrew name Chava. As someone whose Hebrew name is Chava, I want it known that Ava has my stamp of approval.

Emma — Clocking in at the third most popular name from the 2000s, Emma most likely derives from the name “Emmanuel.” Thus, by extension, Emma might have some Hebrew origins as well, and means “universal” or “strength.”

Aliyah — Though the 91st most popular girl name from the 2000s is spelled “Aaliyah,” which is a name with Arabic origins — inspired by the singer who tragically died in 2001 — “Aliyah” is a version of that name with Hebrew origins! Meaning “ascend” or “go up,” your daughter Aliyah will know that she’s at the top of your list of priorities.