2021 Was the Year of the Hanukkah Kids’ TV Special 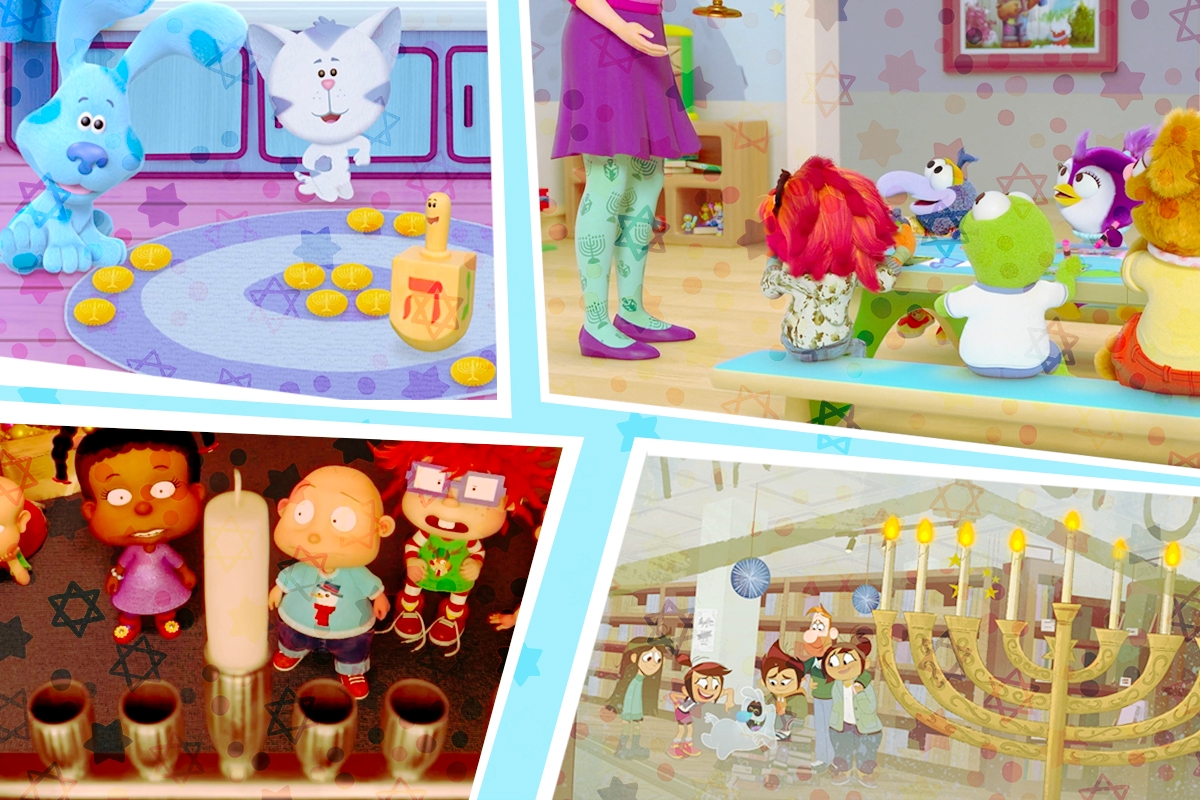 Just like the Hanukkah of 2020, this year’s Hanukkah was a bit of a doozy. It found us trying to bring light to our kids when news of the Omicron variant and threats on Roe vs. Wade were darkening our spirits, while still juggling working from home and pandemic parenting. But it also brought with it a surprising and delightful source of light: a true onslaught of Hanukkah kids’ TV.

There was a time when we were lucky to have one good Hanukkah special a year. Children of the ’90s had “A Rugrats Chanukah” in 1996 (and we are still very grateful for that one). Tweens of the early 2000s got some love from Disney with Hanukkah episodes of “Even Stevens” (2000) and “Lizzie McGuire” (2002). And just last year, we got one (1!) Hanukkah episode with “Elana of Avalor” (OK, we also got a puppy for Hanukkah, but you know what I’m saying). Over the years, it’s just been one or two episodes about Hanukkah here and there amidst heaps of Christmas content left and right.

But this year? This year we have “The Ghost and Molly McGee” (with its second Jewish episode of the year!), “Muppet Babies”, “Blue’s Clues & You”, a whole new “Rugrats,” and a special “Sesame Street” video. Even children’s star Blippi brought us an interfaith holiday episode that featured some excellent Hanukkah content.

Sure, four TV episodes and a couple of clips may not feel like a lot when we compare it to the yearly onslaught of Christmas specials, but it’s quite a respectable number when you consider the fact that we are just one percent of the U.S. population. By that standard — and in contrast with years past — this is truly a boon.

The sheer amount of Hanukkah programming this year is not the only thing that’s jaw-dropping. These programs are also all good. They have original songs, cute storylines that actually get the Jewish festival of lights right and, unlike so many previous Hanukkah specials, they’re mostly not about Christmas (except for “Rugrats,” but they already gave us the best Hanukkah special ever, so I’ll forgive that).

“The Ghost and Molly McGee” featured a delightful retelling of the Hanukkah story that had me emotional. “Blue’s Clues & You” gave us a new Hanukkah song that’s wonderfully catchy, and also confirmed that just like Orange Cat in the OG “Blue’s Clues,” Periwinkle is Jewish! “Muppet Babies” featured a lovable Jewish star — Jenny Slate — imparting an important lesson about mitzvahs. In “Rugrats,” Henry Winkler gave us a new Hanukkah sermon about the brightness and light of inclusivity, as he lit a menorah in the midst of an interfaith celebration. And of course, Elmo wore a kippah to celebrate Hanukkah this year. It was very, very special.

It’s hard to say what brought on all this Hanukkah programming. Perhaps it was more Jews at the lead and behind the scenes of these programs. Two of the rebooted shows, “Blue’s Clues” and “Rugrats,” were previously known for great Jewish content, and Sesame Street has also consistently brought us good Jewish material. It also just might be a sign of the times that calls for inclusivity and representation of diverse families and traditions in pop culture are finally being heard — and that is a very good thing.

I watched most of these episodes with my family this year. On every night of Hanukkah, after a day of work for us and daycare for our child, and before a mealtime celebration, we relaxed in front of a rigged projector in our bedroom to watch an episode of Hanukkah TV.

We perused holiday offerings of years past, relishing the 2001 “A Rugrats Chanukah” that still feels so very fresh and so wonderfully diverting and informative. We felt mildly perplexed by a 2019 episode of “Puppy Dog Pals” in which the pups search for replacement bulbs for a friend’s menorah with some help from Santa and his sleigh? But as we watched the new episodes that premiered this year, we felt a sense of holiday wonderment. For the first time, I felt like I didn’t have to scramble for English language Hanukkah programming that I actually felt proud to show my son.

Since March 2020, we’ve all had to contend with the necessity of screentime, more often than not opting to break family rules and limitations we thought we wanted to keep for the sake of sanity — to get a little parenting break while we try to work from home as a pandemic rages outside our doors. It’s been hard, and I’m sure a lot of us are still resenting ourselves (OK, fine, I’m still resenting myself) for the sheer amount of TV our kids have watched since and the number of times we’ve let an iPad, TV screen or phone YouTube app act as a free babysitter.

But watching these Hanukkah episodes has been a reminder that screentime really isn’t a necessary evil — it can be so very good. In fact, it can be a really wonderful gift, an opportunity to relax with my child and imbue his life with some holiday meaning. This year, screentime became just another tool in my Jewish parenting arsenal that helps make Hanukkah genuinely exciting. After each episode, we’d chat about what we loved in what we saw, and then connected what we saw on the screen with the rituals at our family’s Hanukkah table, unwrapping gifts, spinning dreidels, eating fried foods and lighting the menorah.

Hanukkah TV has made our Jewish family life fuller and I am truly grateful for it. It’s quite wonderful to have all these programs to revisit next year, with hopefully future additions coming that will be just as delightful.