This New Disney Series Has a Spot-on Bat Mitzvah Episode 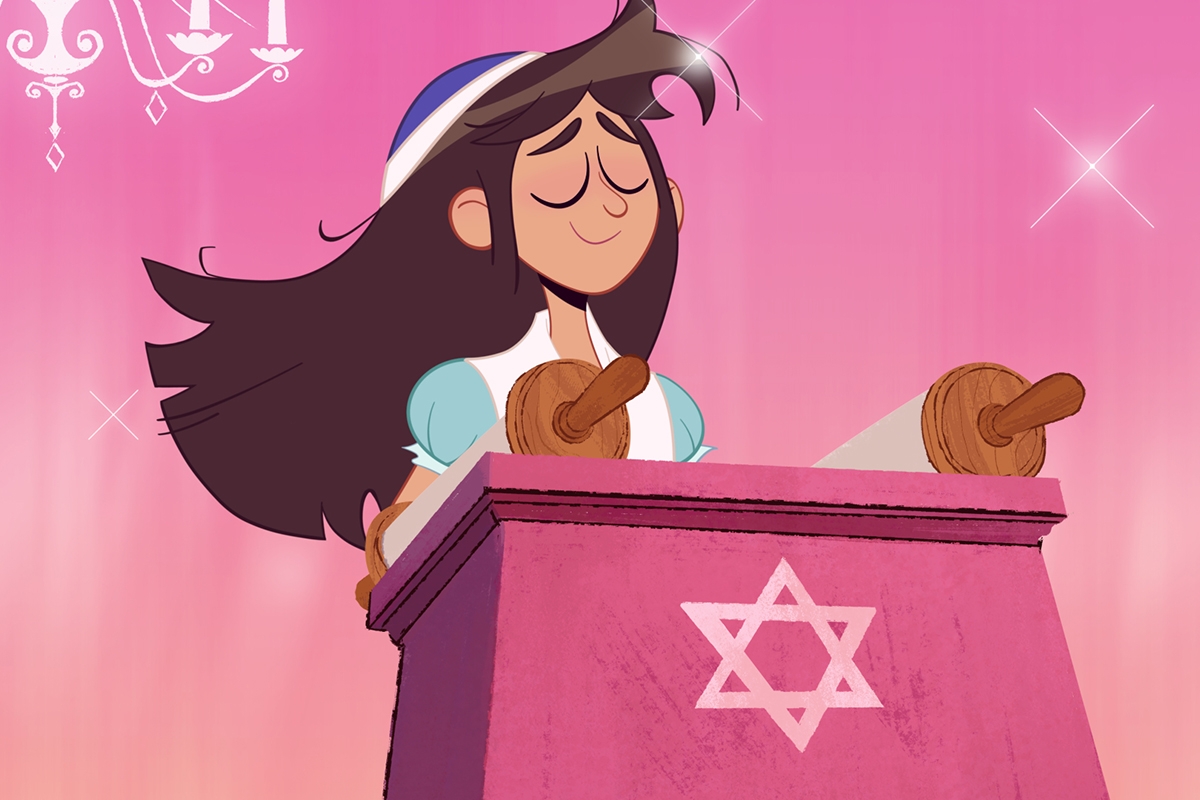 “The Ghost and Molly McGee” premiered on the Disney Channel earlier this month and, five episodes in, we’re already hooked on this hilarious and sweet animated show about polar opposites who become best friends. Molly McGee (voiced by Ashly Burch), is an optimistic tween and, when she and her family move to the fictional small town of Brighton (one of the co-creators, Bill Motz, was partly inspired by growing up in Rock Island, IL), she finds a ghost in their new attic. Instead of being scared, she is ecstatic. Scratch (voiced by Dana Snyder), meanwhile, is a grumpy old ghost and wants nothing to do with this girl invading his space, so he curses her. But — plot twist! — the curse backfires and instead makes it so they have to spend all their time together.

Of course, as much as he doesn’t want to admit it, Scratch grows to care for Molly. One of the joys of the show is the way they help and learn from each other. And like many of the Disney Channel’s animated shows, the humor works for younger viewers and adults, so everybody is entertained.

Molly is Thai-American, making “The Ghost and Molly McGee ” the second animated Disney Channel show to feature a Thai-American protagonist (the other is “Amphibia”). In episodes like “The Best of Nin-tensions,” when Molly’s grandmother comes to visit, viewers can learn about Thai culture and Thai-Americans can feel represented. Motz also confirmed to a fan on Twitter that they are planning on exploring LGBTQIA+ themes in the future.

As awesome as this is, the representation in “The Ghost and Molly McGee” doesn’t end there. Molly’s human BFF, Libby Stein-Torres (Lara Jill Miller), is Jewish (and reportedly Mexican). And in the the sixth episode of the show — which premieres this weekend, on Saturday, Oct. 30 — there’s an episode that’s entirely devoted to Libby’s bat mitzvah.

In the episode, “Mazel Tov, Libby!,” viewers will watch as Libby celebrates this traditional rite of passage for Jewish girls. While another Disney Channel show, “Sydney to the Max,” recently had a bat mitzvah episode, in general, there are far more examples of bar mitzvahs (for boys) than bat mitzvahs (for girls) on television. (For example, “Lizzie McGuire,” “Kim Possible” and “Raven’s Home” all had bar mitzvah episodes.) So we’re thrilled about this chance to see female characters embrace this Jewish tradition on TV!

Right off the bat (no pun intended), we can tell that this is going to be an authentic portrayal of this Jewish custom. The episode starts with Libby handing Molly her invitation to the bat mitzvah — and the Hebrew writing is clearly visible. Molly also teaches Scatch the correct pronunciation of bat (“baht” and not “bat” like the animal).

Another thing we love about “The Ghost and Molly McGee” is how every episode has an original song — and the tune in this one, “My Best Friend’s Bat Mitzvah,” is the catchiest one yet. As Molly excitedly watches “MeTube” videos of elaborate bat mitzvah parties, complete with ice volcanoes and hot fudge lava, to learn more about what they entail, she imagines what Libby’s will be like: “Every table has a beautiful centerpiece worth more than a small island nation,” she sings.

In this song-sequence fantasy, Molly imagines Libby standing on a bimah — though this one is on top of a chocolate fountain — wearing a tallit and a kippah, triumphantly reading from the Torah. Even the typically difficult to impress Scratch finds himself excited, singing, “That’s it, I’m converting today.”

However, when Molly arrives at the party (unfortunately, the service is not shown outside of the fantasy sequence), it is much smaller than she expects — just Molly, Libby’s family and the rabbi. When Molly happens to overhear Libby’s mom talk about how her bookstore is struggling, Molly makes the assumption that Libby is settling for a “lesser” party because her parents can’t afford a big one. So, Molly decides to give Libby a big bash, without consulting her first.

We won’t give away the whole episode, but the lesson, “we’re all responsible for our own happiness,” as Libby says, is one that both children and adults can learn from.

There are so many little details in this episode that Jewish viewers will be able to recognize. For example, Libby holds a candle lighting ceremony, inviting Molly and family (and, uh, her turtles) one by one to help her light the candles, complete with rhymes. And, like any good party, Libby’s bat mitzvah has a theme — although this one is a first for me: turtles. Libby, as we learn, loves turtles because they can hide their soft, vulnerable bodies in their hard shells. 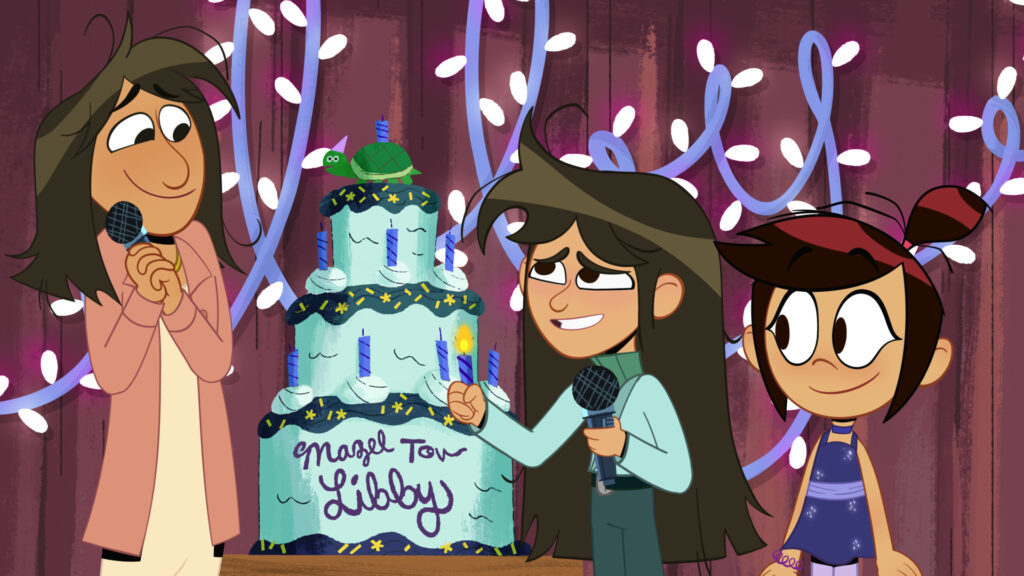 Usually we’re lucky if a show with a Jewish supporting character has one Jewish-themed episode a year. But “The Ghost and Molly McGee” will also have a Hanukkah episode, “Festival of Lights,” that will first air on Nov. 27 — the night before the first night of Hanukkah! And since the series has already been renewed for a second season, we hope there will be a lot more opportunities for stories about Libby, her family and their traditions.

The Ghost and Molly McGee airs Saturdays at 9:00 am on the Disney Channel. “Mazel Tov, Libby!” premieres October 30. “Festival of Lights” premieres November 27. The first five episodes of the series are also available on Disney+.