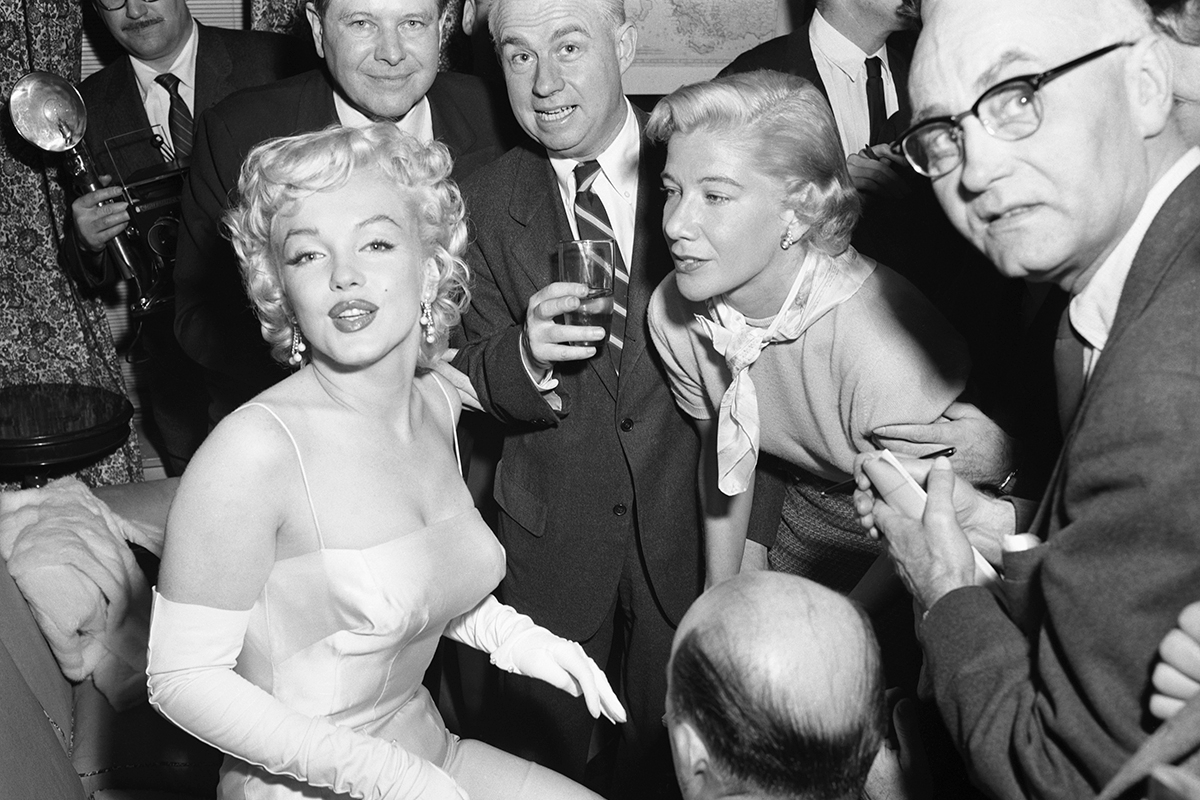 Men wanted to sleep with her and women wanted to be her, but all Marilyn Monroe desired was a sense of belonging. Distilled to the public as a “blonde bombshell,” Monroe’s legacy continues to be defined by the demons (childhood trauma, drug addiction) that led to her demise. Born Norma Jeane Mortenson, Monroe died tragically at age 36 in 1962. And yet, she remains an icon today, forever remembered as Hollywood’s loneliest seductress.

It’s no question that Monroe’s private life was troubled — up to and during the height of her fame — but the one thing that gave her comfort was her Judaism. Yup, you read that correctly: Marilyn Monroe was Jewish. An integral aspect of her identity, Monroe’s Judaism is often overlooked in favor of her scandalous relationships with the Kennedys, her drug use, and her nude photos that launched Playboy magazine’s success — and that’s a shande.

This week marks the 59th anniversary of her mysterious death — her body was discovered on August 5th, 1962 — and I think it’s high time we brought Monroe’s Jewishness back into the conversation surrounding her controversial life. In honor of the greatest Jewish sex symbol, here are nine incredible facts about the late Marilyn Monroe.

Marilyn Monroe participating of the charity banquet of the leaders “Junior Division” of the Jewish organization “United Jewish Appeal” in New York, 1955. pic.twitter.com/5ja00BdzG0

1. Monroe strongly identified with the Jews.

Having grown up with evangelical Christian ideologies, what was it about Judaism that Marilyn Monroe was drawn to? She once told her acting coach’s daughter, Susan Strasberg, that she identified with the Jewish people. “Everybody’s always out to get them, no matter what they do,” she said. “Like me.”

2. She converted to Judaism — but not for the reason you think.

Monroe converted to Judaism shortly after her marriage to celebrated Jewish playwright Arthur Miller. While many speculate Miller is the reason for her conversion, that’s only half the truth. Even after the odd couple’s divorce, Monroe preserved her Jewish identity, but described herself as a “Jewish atheist.”

3. Monroe loved the centrality of family life in Judaism.

Rabbi Robert Goldburg officiated Monroe and Miller’s Jewish wedding in 1956, as well as Monroe’s conversion to Judaism later that year. In a letter printed in a 2010 issue of Reform Judaism magazine, Goldburg wrote that Monroe was drawn to Judaism’s “ethical and prophetic ideals and its concept of close family life.” Joanna Robotham, the curator of the Jewish Museum’s 2015 exhibit on Monroe and Elizabeth Taylor’s public conversions, confirmed Monroe’s genuine connection to Judaism when she told the New York Times “conversion to Judaism seemed to be a way for Monroe to gain healthier family relationships.”

After marrying Miller, Egypt condemned Monroe’s alignment with Jewish community and Zionist movement by placing a ban on all her movies. Funnily enough, in April 1961, shortly after the Jewish couple’s divorce, Egypt lifted the ban and invited Monroe to perform. Obviously, the Jewess declined.

5. She proudly displayed Judaica in her home.

While some contest the validity of Monroe’s conversion — there was no immersion in the mikveh, which is traditionally the final step in the conversion process —  the proof of her Judaism is in the kugel. Until her death, the starlet kept a brass-plate menorah that played her favorite Jewish song, “Hatikvah,” Israel’s national anthem, on her mantle. In her possession also remained an annotated siddur from her ex-husband’s synagogue, as well as a mezuzah.

There’s a famous story about the first time Monroe had Shabbat dinner with Miller’s parents. After several bowls of matzah ball soup, Monroe allegedly said, “Gee, Arthur, these matzah balls are pretty nice, but isn’t there any other part of the matzah you can eat?” Hardy, har, har!

8. She learned to speak some Yiddish!

Monroe was so committed to her Judaism and acceptance into Miller’s family that she went so far as to learn some Yiddish. According to Jeffrey Meyers in his book, “The Genius and the Goddess,” Monroe once cracked of her nude calendar: “There I am with my bare tuches out!” She was also known to slip in the occasional “oy vey,” “bubbaleh” and “tsuris” into her speech. Oh, what we’d do to hear Monroe speaking Yiddish!

The Jewish blonde bombshell was indeed a Zionist. A letter discovered in 2010 from Rabbi Goldburg confirmed Monroe was set to give a pro-Israel speech at the 1957 United Jewish Appeal conference in Miami. However, she later declined the event on behalf of Miller, her husband at the time, who was falling under scrutiny from the government for possible ties to communists.