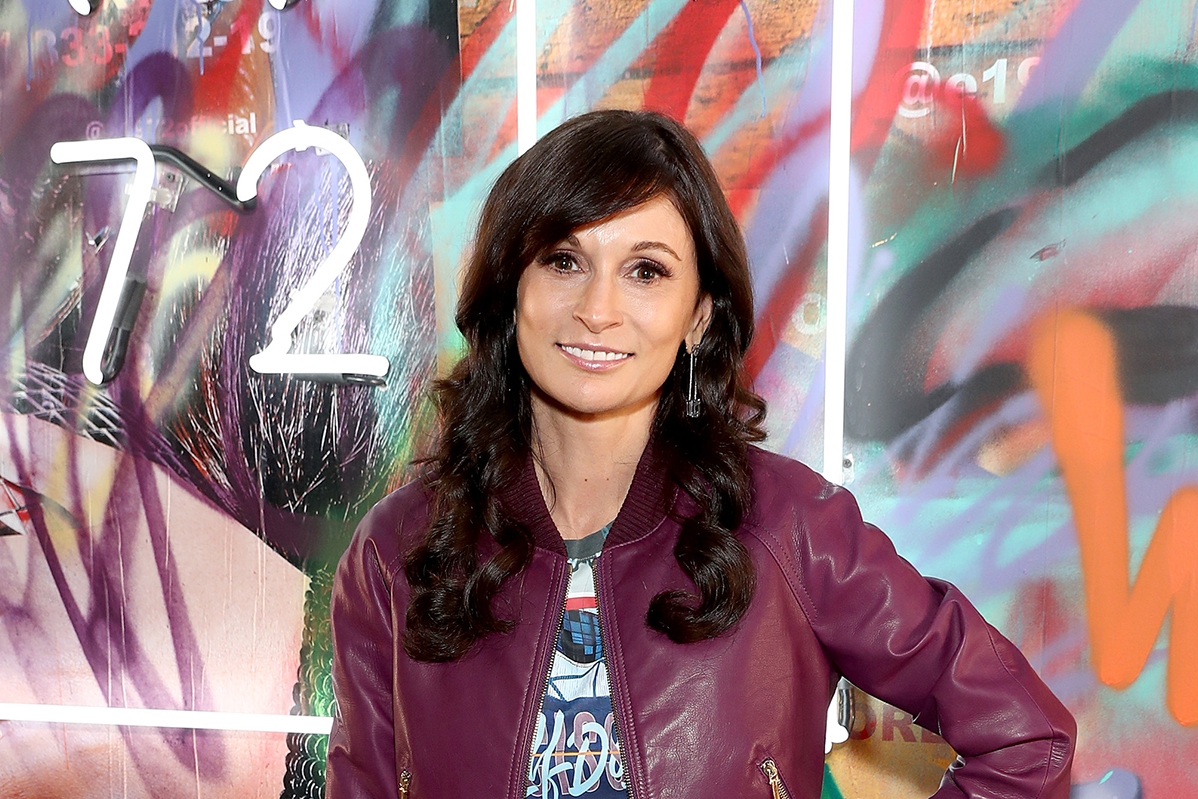 Before it was an award-wining Netflix miniseries starring Shira Haas, Unorthodox was a bestselling autobiography by Deborah Feldman, who left her Satmar Hasidic sect in Brooklyn after the birth of her son.

Now, Netflix has another project centered on the life of a woman who left ultra-Orthodoxy: a reality show called My Unorthodox Life. The show, which is set to premiere sometime in 2021, centers on the life of Julia Haart, who was born Talia Leibov in a Haredi Jewish home. Formerly a Judaic studies teacher, she became a pioneering fashion designer and executive who is now the CEO of Elite World Group (yep, as in Elite Models).

This show is sure to have a very different feel from all the other projects about people who left ultra-Orthodoxy on the popular streaming platform, including, of course, Unorthodox, as well as the heart-wrenching documentary One of Us. While these programs tend to focus on the struggle to assimilate — depicting the lives of formerly Haredi Jews as filled with tragedy and angst — My Unorthodox Life will focus on just how, well, glamorous, life can be on the other side.

Perusing Haart’s Instagram, you can see hers is a life of fancy designer outfits, impossibly high stilettos, runways, red carpets, and opulent vacations with her children and her second husband, Italian entrepreneur Silvio Scaglia, who founded PGM, the holdings company for Elite World.

The team behind this show will include the folks behind Bling Empire, the much-binged reality series that was hailed as Crazy Rich Asians meets Selling Sunset (shout out to Jewish mom Maya Vander!). So, we’re assuming this new reality show will be a sort of Unorthodox meets Bling Empire — which we’re not really hating as a concept, to be completely honest.

According to the Netflix synopsis, My Unorthodox Life will depict Haart’s attempts to further revolutionize the fashion world while also helping her four children, who are “torn between two conflicting cultures” to “reconcile their Orthodox upbringings with the modern world.”

Haart’s four children are “a TikToker, an app designer, a lawyer, and a high schooler.” Her eldest daughter, Batsheva, has over one million followers on TikTok, where she shares outfits, lifestyle tips, and fun videos with her sister, Miriam, and with her hubby, Ben, whom she married at 19 when they were both still living an Orthodox Jewish lifestyle:

Haart’s two other children are sons Shlomo and Aron. She credits her youngest daughter, Miriam, as being “the impetus for my leaving our old world behind—without you, we wouldn’t be here today.”

Haart was born in Russia and moved to the U.S. when she was 3. When she was 7, her family settled in Monsey, New York. She married Yosef Hendler when she was 19 (Hendler, according to Batsheva, recently got engaged).

She previously taught at what is now Atlanta Jewish Academy, and according to the Forward, “she was beloved by students and known for her sharp style.”

In 2013, when she was 43, she left her community and founded Julia Haart, a pioneering footwear company that made comfortable high heels (a mission we can stand behind!). She then became creative director of the Italian fashion house La Perla, where she designed Kendall Jenner’s 2017 Met Gala dress, which famously comprised of 85,000 crystals affixed to a single string.

Haart has truly lived quite a fascinating life, and we definitely see why Netflix is eager to share her story with its audience. And while yes, this show sounds nothing like Unorthodox, we’re excited to make it our guilty binging pleasure when it arrives on the streaming platform.