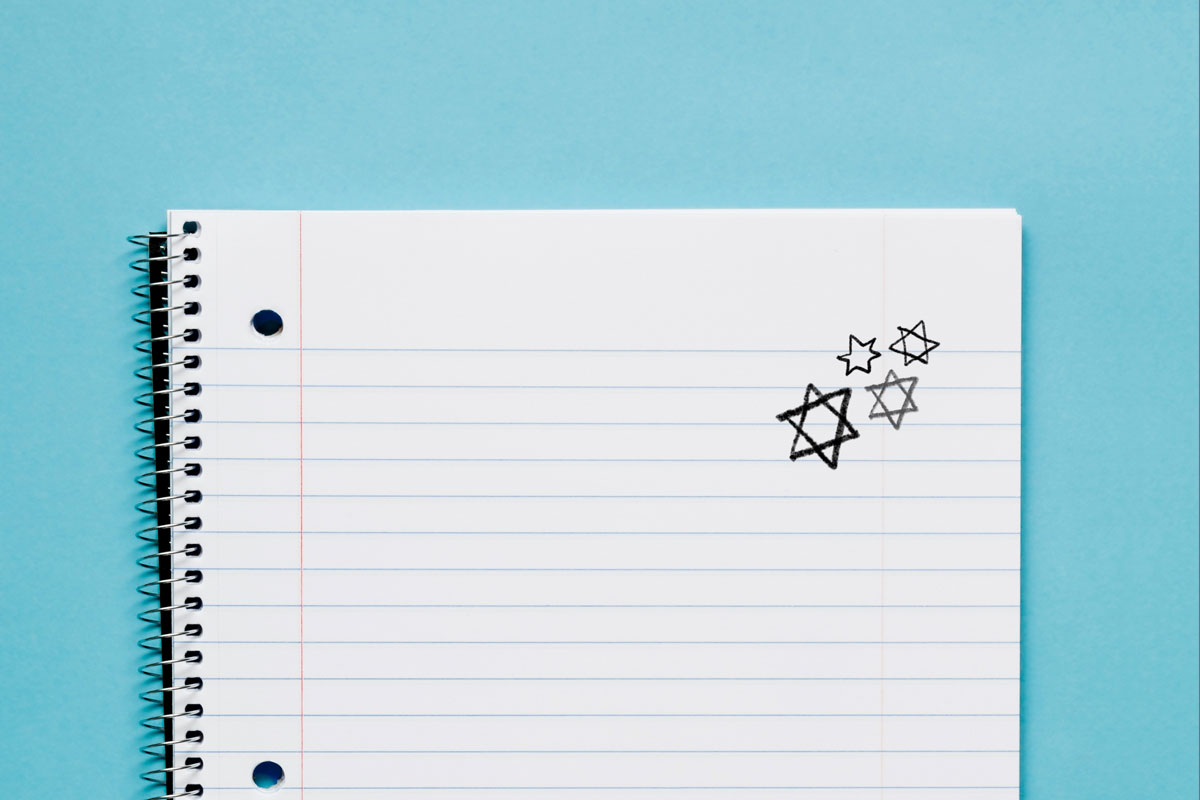 For a long time, my husband and I were at a stalemate. Three kids, no agreement on where they’d go to school. I was raised in public schools; he was raised in Jewish day school. Our educational experiences were very different, but we both believed our schooling was foundational to our character development.

The pandemic threw an enormous wrench in our school discussions. Just as our oldest was entering kindergarten, our public schools announced that classes would be entirely remote, including for the youngest learners. I understand many kids thrived in virtual schooling. Our oldest is most certainly not one of those kids. Our options were either holding him back for kindergarten or trying to find — and pay for — a seat in an open private school.

We panicked. We scrambled. We did what so many parents do: moved mountains to find a way to support our kid. For us, that meant piecing together tuition (thank goodness for financial aid)  for kindergarten at our local Jewish day school.

“We’ll try it, for a year,” I agreed. “We’ll reassess once the public schools are in-person again.”

For my husband, Jewish day school offered the guarantee of a firm grounding in Jewish culture and beliefs, nearly immersive Hebrew and the opportunity to not be the only Jew in class, for a while at least. To him, a day school education means our kids will have solid foundations in their Jewish identities. Plus, the day schools in our area have stellar academics, beautiful campuses and incredible student-teacher ratios.

We have been day school parents for nearly two years now, and I have been proven profoundly wrong. I am amazed to report that, in those two years I have witnessed my child — my tightly-wound, anxious, reactive  child — breathe out. I have watched him relax into his unique identity in the safety of a school that understands him. My son feels his Jewishness deep in his bones, and at day school, he can live it out. I have watched him pour over his Hebrew homework, I have glimpsed fireworks in his eyes when the meaning of a holiday clicks. I have witnessed his curiosity — about Judaism and everything else — somehow deepen.

How did this happen? My kid hates change, hates the unknown, but is thriving in a school filled with kids from other neighborhoods and teachers he’s never met? Here’s my theory. I was worried about grit when I agreed to private school. But I’ve found that, in our Jewish day school at least, the students are being steeped in something better than grit: the Jewish value of loving-kindness. At every parent-teacher conference, before we even touch on academics, I hear reports on moments when my child acted out of kindness, and moments when he accepted the kindness of others.

And I have seen it in action: at a birthday party where my kid was losing his mind because he was too anxious to join in the chaos, half a dozen of his classmates came to me, individually, and asked if he was OK, asked if there was anything they could do to help. Not a single child teased him as he cried and flailed and tried to run out of the party space. Instead, his classmates — his 7-year-old classmates — radiated loving-kindness in the moments that my son needed it the most. Frankly, I had never seen anything like it.

Two years in, I am convinced. For our family, Jewish day school is magical. I still worry about the very real diversity issues, and we are working on ideas to address it. And I still have nothing negative to say about public school, and maybe my son would have thrived there, too. But what I know is that, in Jewish day school, my kid has had the freedom to blossom — steeped in loving-kindness — into the quirky little Jew that he is. As a parent, I couldn’t ask for anything more.