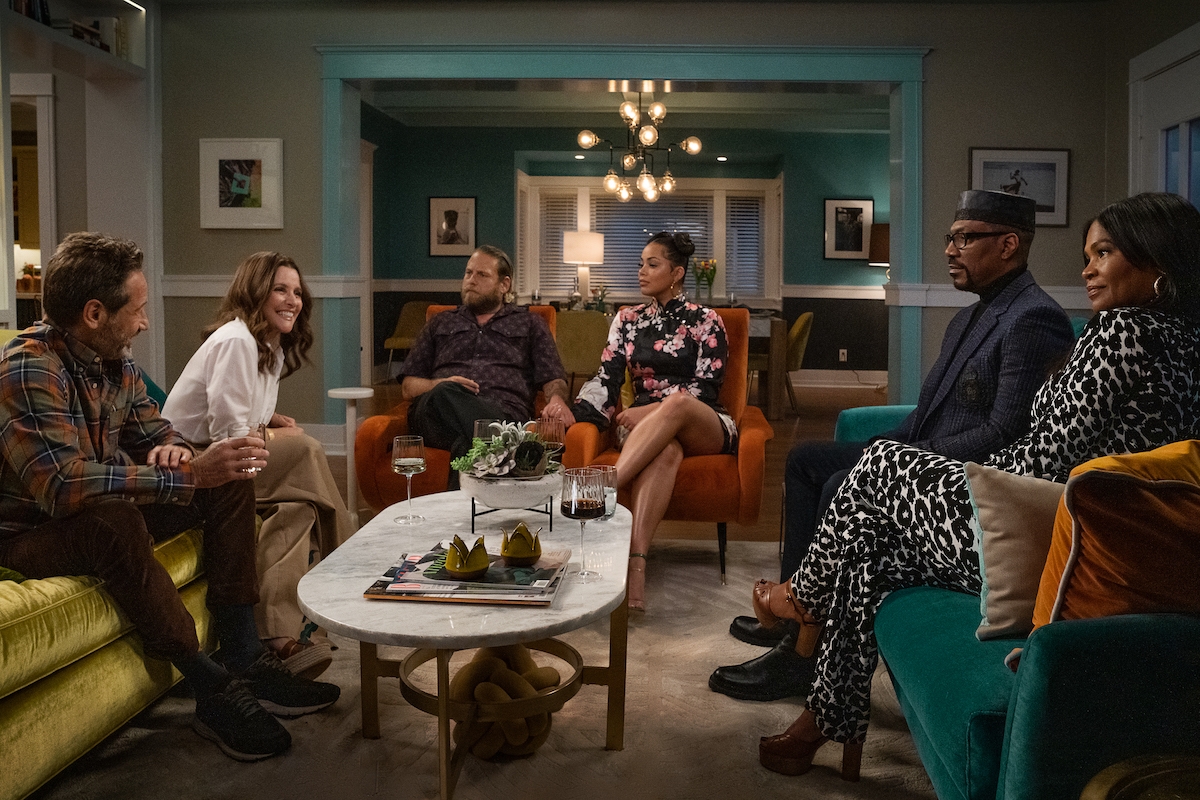 “You People,” a new Jewish rom-com starring Jonah Hill and directed by Kenya Barris, is dropping on Netflix later this month. The creator of “Black-ish,” is known for helming highly diverting TV, so there’s truly a lot of promise here — especially with a premise like this.

In the film, which comes out on January 27, Jewish actor Hill plays Ezra Cohen, who, after years of yearning for romance, meets and falls in love with Amira Mohammed, played by Lauren London (London identifies as “half-Black, half-Jewish”).

Ezra and Amira’s relationship is idyllic — that is, until marriage, and therefore, in-laws come in. In the first teaser for the movie released in December, set to Dr. Dre’s “What’s the Difference,” Ezra takes Amira’s mother and father, Akbar (played by Eddie Murphy) and Fatima (played by Nia Long) for a meal to ask for her hand. It appears to be the first meeting between these three, and it is tense. The Mohammeds appear very displeased, asking, “Do you hang out in the hood all the time or do you just come here for our women and our food?”

Ezra word-vomits basically the worst things he could say to her parents, telling them that their babies would be adorable because “mixed race people are very awesome,” calling Malcolm X the GOAT and divulging details about their sex lives (no, Ezra, no!!). It is a very uncomfortable watch.

A second trailer for the movie that came out last week leans into the Jewishness of the movie, which was co-written by Hill. It makes it clear that the crux of the drama (and hopefully comedy, too) here is in the friction between Amira’s Black Muslim parents and Ezra and his Jewish family.

The trailer starts with a formal Jewish event (a bris? a wedding? a bar/bat mitzvah?) where we get to meet a yarmulke-wearing relative of Ezra who asks him about his love life by inquiring whether or not he’s interested in pussy, signaling that this isn’t your average Jewish rom-com. We then meet Ezra’s parents, Shelley and Arnold, who are played by Julia Louis-Dreyfus and David Duchovny (fun fact: both of these iconic TV actors actors have Jewish dads). Actress Molly Gordon, who plays Ezra’s sister, is also Jewish.

We see Amira’s initial meeting with the Cohens, which is laden with micro-aggressions (though Shelley’s first reaction to Amira is “you’re so pretty” which I feel checks out for Jewish-mom-first-time-meeting-girlfriend).

But it’s in a dinner between the two families that things really come to a head. Shelley asks the Mohammeds if they’re all Muslim and when they respond in the affirmative she says, “I love it.” Akbar tries to test Shelley and co by saying that his kufi is a present from Louis Farrakhan, and asking the Cohens if they’re familiar with him. “I’m familiar with what he said about the Jews,” Shelley replies, before Ezra ushers everyone to the dinner table, where things devolve completely. Arnold feels the need to compare the Holocaust to slavery (oof) and Shelley feels compelled to say that “our people came here with nothing like everyone else” (double oof) and Ezra tries to distract everyone with potatoes (“when in doubt, mention potatoes” is my life’s motto, to be honest).

It’s clear that this movie will activate a lot of secondhand embarrassment, which shouldn’t surprise anyone whose watched Barris’ work, where he mines cultural, political and racial friction.

It’s a particularly poignant time for this kind of exploration, with Kanye West, Kyrie Irving and Dave Chappelle making the news for antisemitic controversies. But with both Barris and Hill, what could potentially fall victim to stereotyping and heavy-handed tropes will hopefully be well-handled.

Hill has been mining much of his personal experience for his recent work — from his first original movie “Mid90s” to his recent documentary film “Stutz,” in which he talks with a celebrated Jewish therapist. But “You People” is the first of Hill’s writing credits in which he explicitly delves into Jewishness.

The “You People” team has definitely been paying attention to the debate over whether Jewish characters should be played by Jewish actors — and they really went for mostly authentic Jewish casting here. The cast features fabulous Jewish actors and comedians including Elliott Gould himself (!!!), Emily Arlook who plays the bisexual (and Jewish!) Nomi in “Grown-ish,” the beyond hilarious Jordan Firstman, jaddy Bryan Greenberg, Andrea Savage (it’s a “Veep” reunion, y’all!) and Rhea Perlman, who’s playing Ezra’s bubbe (the actress is really coming into her own as Netflix’s resident Jewish grandmother).

There will also be not one but two rabbis (and an Imam!) in the film, one of whom will be played by the Los Angeles congregation Kehilat Israel’s Rabbi Amy Bernstein along with their Cantor Chayim Frankel, who will play, you guessed it, a cantor.

We also have comedian Sam Jay as Ezra’s best friend, who makes my favorite Jewish (or Jew-ish) joke in the trailer, comparing Ezra’s desperation for relationships to bar mitzvah boy Drake in his “Viewz” era (not to be confused with his Jewish wedding video era).

I am a little terrified of the bad places this movie could potentially veer into, but looking at this cast has me cautiously excited. Watching the trailer has me particularly thrilled to meet London and Hill’s characters — their onscreen chemistry is great — from their meet-cute where he mistakes Amira for an Uber driver because she looks so much like the driver in the app, to their connection over art, to their cute cuddling — they’re also very much my new fashion idols.

“Your family, my family, I don’t know if this is going to work,” Amira tells Ezra in the trailer.

Obviously, any veteran rom-com viewer can predict that it will indeed work. But here’s hoping that “You People” will work for us, too.